TEHRAN (Basirat)- It is needless to say that many components of Latin American states’ foreign policy correspond with those of Iran’s. Therefore, this sense of harmony and homogeneity of the parties in political literature has made the Islamic Republic seek to boost ties with the states of this region. 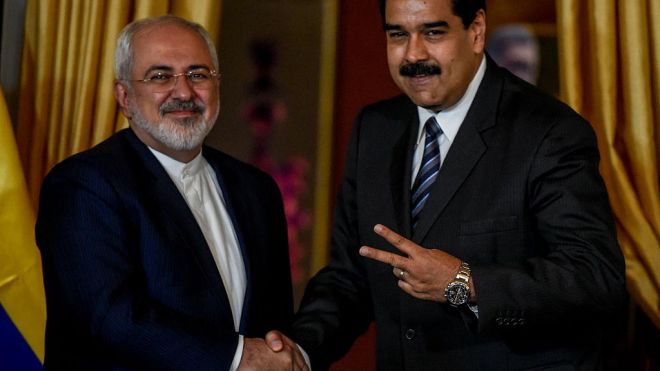 It is needless to say that many components of Latin American states’ foreign policy correspond with those of Iran’s. Therefore, this sense of harmony and homogeneity of the parties in political literature has made the Islamic Republic seek to boost ties with the states of this region.BY Mehrdad Rashidian

Iran and independent nations of Latin America have much in common and they face a common enemy called the "global imperialism”.

Taking a look at just the last half-century, Operation Condor was carried out across Latin America in name of combating communism. But, in fact, it was a plot against Latin American states which were under the rule of popular democratic-elected governments. The interesting point is that the Condor coup and the 1953 coup against the Iranian democratically-elected government (Prime Minister Mohammad Mosaddeq), known as the 28 Mordad coup,both occurred in a same decade.
Operation Condor started in 1968 and was officially implemented in 1975 by the right-wing dictatorships of the Southern Cone of South America. The program was intended to eradicate communist ideas, and to suppress active or potential opposition movements against the participating governments.
The 1953 coup was aimed at making sure that the Iranian monarchy would safeguard the West's oil interests in the country.

With the help of the Condor Operation, which was a US-backed military coup, militaries rose to power and took the helm of it for two decades. The coup was a campaign of political repression and state terror involving intelligence operations and assassination of opponents. It was similar to the 1973 Chilean coup d'état, which was against the democratically-elected socialist President Salvador Allende, or to a military coup which overthrew Argentina’s PresidentJuan Domingo Perón and lasted between 16 and 23 September 1955.Similarly, a war was waged against Cuba’s revolutionary government in which revolutionaries were repressed and long-term economic embargo imposed. Some of them are still in place.

Simultaneously with the victory of the Islamic Revolution in 1979, Nicaragua’s fighters and revolutionaries of the Sandinista Popular Army overthrew a US-backed puppet government. Now, four decades of democratic governance continues to exist in the Central American nation after the revolution, which encompassed the rising opposition to the Somoza dictatorship in the 1960s and 1970s.
In his recent Latin America’s tour, Iranian Foreign Minister Mohammad JavadZarif met with Nicaraguan President Daniel Ortega in Managua. In the meeting, Zarif said Iran is interested in a massive project to build a canal across Nicaragua which will link the Pacific and Atlantic oceans. The 50-billion-dollar project can be a rival to the Panama pathway, which has long been under the US monopoly.

In the past two decades, growing convergence between independent nations of Latin America and creation of regional political and economic alliances like Mercosur and ALBA distanced these countries from the US in a way that Washington is now alarmed.

According to reports by the US Department of State, Latin American states’ foreign policy components are very similar to those of Iran’s. They are as follows:
1)    Trying to gain an independent role in policy-making and exit from pressure of external powers

3)    Trying to obtain a proper position in global trade order

It is needless to say that many components of Latin American states’ foreign policy correspond with those of Iran’s. Therefore, this sense of harmony and homogeneity of the parties in political literature has made the Islamic Republic seek to boost ties with the states of this region. Additionally, these similarities have led a number of countries in this region become friendly and allies with Tehran. This commonality has also helped some states in the region to take a less hostile approach towards Iran.

From Iran’s perspective, Latin America has a lot of potential and actual abilities which could lead to bilateral and multilateral cooperation between Iran and the region.

1)    Development of economic ties in order to diversify trade relations and create joint ventures for joint investment. Long-term cooperation between the Economic Cooperation Organization (ECO) and Mercosur will be used to that end.

2)    Due to Latin America’s economic and trade capabilities as a powerful bloc in the global economy, and also given Iran’s role in this region as a gateway to Central Asia and the Caucasus, grounds for transit of goods to Iran’s north via the Persian Gulf as well as investment in industrial and free trade zones are expected.

Given the fact that Iran has been under the cultural invasion of enemies for the past 38 years, its current image in the region has been largely shaped based on the ongoing massive negative propaganda of western media outlets and intelligence centers, the US in particular, against the Islamic Republic. Therefore, the Islamic Republic’s main objective is to introduce Iranian arts, culture, old civilization to people around the world.

It should also try to get the world acquainted with Iran’s ancient history and its status in the world’s history of civilization. Consolidation of cultural ties could play a key role in shaping world’s public opinion and having stable and balanced relations with countries.

With regard to the opportunities created in Iran in post-JCPOA era, and the economic approach of the country’s foreign ministry under President Hassan Rouhani, it is hoped that Tehran will use this golden opportunity and tap the global market as much as possible. But it seems that Rouhani’s unilateral policy aimed at defusing tensions will fail to ensure that global arrogant powers will not disrupt the country’s booming economy and market. Thus, Iran will have a difficult path ahead in order to strengthen its all-out ties with Latin American states as these countries’ markets are under the influence of Zionist conglomerates.