TEHRAN,(BASIRAT)-The wrap-ups that Zionists had presented to Riyadh and Ankara through which they managed to take control of these two countries’ regional moves and policies indicated that Saudi Arabia will be soon faced with a major security threat from its neighbors.
saadallah-zarei 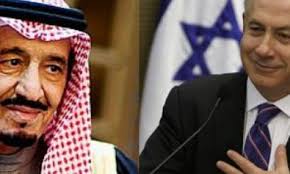 A famous Zionist theory says: "If you want to overcome danger, then you have to face it”.
In fact, the Saudi regime began its military aggression against Yemen in the early weeks of King Salman’s rule by appealing to this Israeli aphorism.
Later, following the same instructions, the kingdom carried out provocative acts at the regional level and killed a number of elites and prominent religious and political figures, including Sheikh Nimr al-Nimr. Severance of its diplomatic ties with Iran was also among other fallout of following Tel Aviv’s guidelines.
The wrap-ups that Zionists had presented to Riyadh and Ankara through which they managed to take control of these two countries’ regional moves and policies indicated that Saudi Arabia will be soon faced with a major security threat from its neighbors. The reports introduced immediate deviation of the country’s popular revolutionary movements from their path as well as creation of an early delivery in the region’s developments as two ways out of the situation.
In the Zionists’ analysis, fall of the Saudi regime was referred to as a definite prospect. Also, the Shiites and clerics were introduced as the epicenter and main players of Al Saud’s collapse, respectively.
Accordingly, the Zionist regime’s spy agency fabricated intelligence and evidence and convinced the Saudi regime that a definite and imminent threat is at hand and that it will cost the monarchy dearly if happens. The Zionist regime’s intelligence officials, who have been serving as part of King Salman’s inner circle of advisers since he took the helm of power in 2015, recommended the ruling government to oppose the kingdom’s Shiites and their cleric leaders in order to resolve this issue.
From the Zionists’ point of view, nothing more than ramping up tensions between Iran and Saudi Arabia could better serve their interests and guarantee their security. For this reason, after Tehran’s objection to the execution of Sheikh Nimr, the Zionists contributed to Riyadh’s cutting ties with Iran and, additionally, they succeeded in forming a half-baked coalition made up of a number of Arab countries with the aim of confronting Iran in the region. Given the Zionists’ infiltration into the managerial and decision-making network of the Saudis, similar bloody incidents are likely to occur in the regional countries and among Muslims.
The Zionists, benefiting from their known penetration into Nigeria’s security system, had previously managed to instigate the Nigerian army to kill nearly 1000 Shiite Muslims and seriously injure their revolutionary leader Sheikh Ibrahim Zakzaky.
Moreover, evidence shows that recent violent attacks by Azerbaijan’s police against Shiites in the country’s eastern village of Nardaran were also motivated by the Zionists. Besides, reports suggest that the Zionists have blood of scores of Shiites on their hands in Ghazni, eastern Afghanistan, as well.
The Zionists have this fantasy that they, with the help of the Saudi and Turkish governments, can approach resistance borders and overcome hazards posed by the resistance before they find their ways into the occupied lands.
Saudi Arabia under the leadership of Mohammad bin Salman, who is running affairs behind the curtains, lacks needed intellect and experience with respect to dealing with thorny issues. Saudi Arabia’s decision to stand up against the Islamic Republic of Iran as well as suppress regional popular movements is more similar to acts of a kid who does not know what an "execution rope" is and then starts playing with it. Accordingly, Riyadh’s staunchest allies have so far repeatedly protested at the regime’s moves. Europeans and Americans have expressed concerns over the Saudi measures, advising it to avoid playing in the game of conflict being managed by the Zionists. As an example, British Prime Minster David Cameron recently postponed his trip to Saudi Arabia in protest to the regime’s provocative acts.
The main reason that the Europeans and Americans are opposed to Riyadh’s spat with Tehran is that they can no longer trust the kingdom in handling critical cases in the region. Given the Saudis’ successive defeats in dealing with the ongoing developments in Lebanon, Palestine, Iraq, Syria, Yemen, Afghanistan and Pakistan, the Europeans and Americans are fully aware that the regime will finally face a definite defeat in front of Iran. However, the Islamic Republic got wise to the Zionist plot aimed at creating division among Muslim nations and that, contrary to the Saudi response, Tehran does not believe in a similar decision and will not fall into cycle of hostile action and reaction.
Four strategic provinces of Saudi Arabia, Sharqiyyah (the Eastern), Asir, Najran, and Jizan, are home to 7.5 million Shiites. Despite widespread discrimination and inhumane acts against these people by the monarchy, the Shiites’ major approach in the country has been always based on peaceful politico-cultural moves.
Thus, the Islamic Republic condemns the execution of the prominent Shiite cleric and any acts deemed suppressible in the region. Promotion of good neighborliness and the unity of the Islamic world as well as safeguarding the rights of the oppressed have been always fundamental principles of Iran’s foreign policy.
Mass ‘Free Zakzaky’ Rallies Held in Northwest Nigeria
Tags: Zionist ، saudi arabia ، nimir ، middel east tention
Error Report
0