TEHRAN (Basirat) - Former Iranian Ambassador to Iraq Hassan KazemiQomi stressed that Washington’s strategies have failed in Western Asia, adding that the Resistance Front is getting stronger day by day. 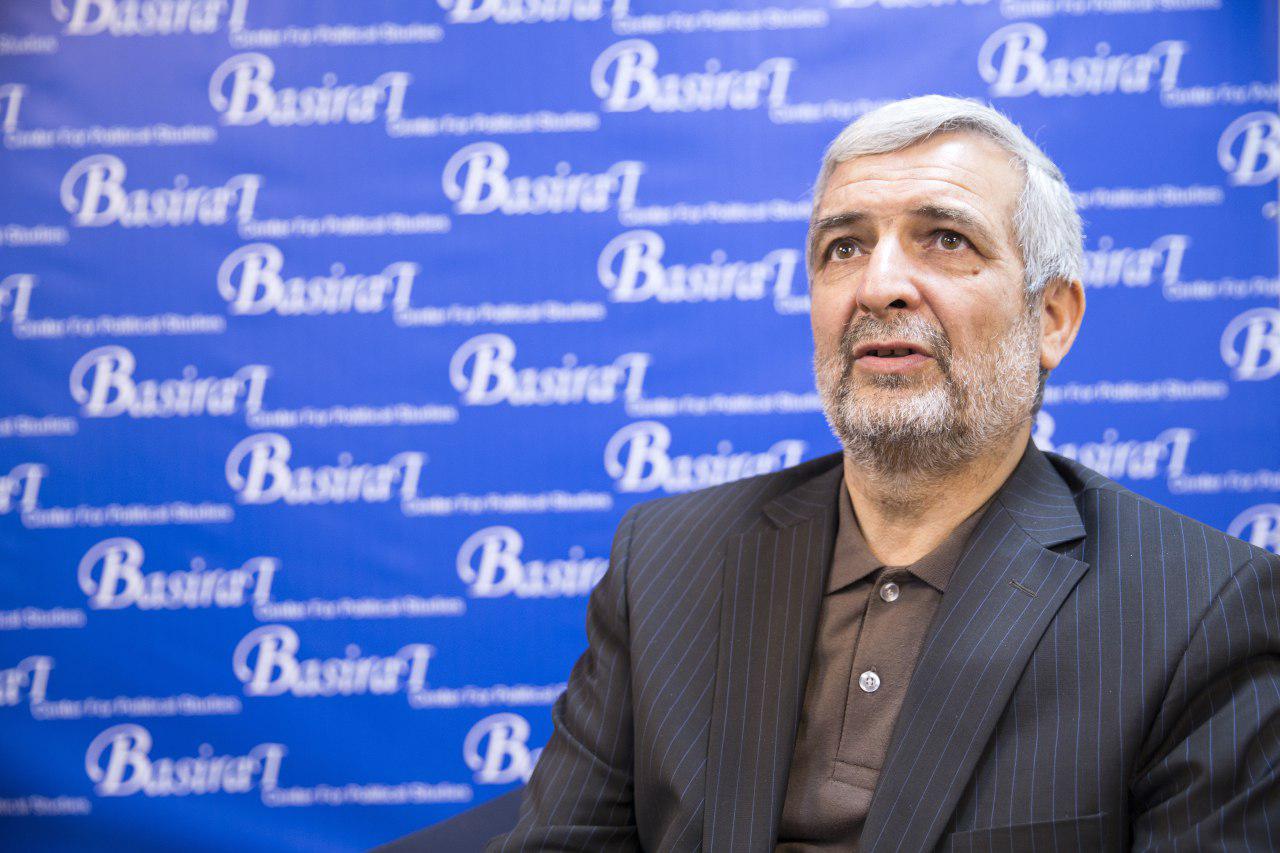 "Those that confessed to creating the Daesh terrorist group are those that brought to power Saudi Arabia’s new leaders. Saudi crimes and adventurism in the region are direct results of US policies towards the Middle East. Who may not believe that Americans are the main players of power transition in Saudi Arabia?” KazemiQomi said in a debate on " Westen Asia Post-Daesh  Security Order" at Basirat Center for Political Studies.


"The ongoing developments in Western Asia are results of conflict of interests between two major fronts there. The first one is the Resistance Front which pivots on the Islamic Republic of Iran, and the second one is a front made up of arrogant powers and the Zionist regime of Israel, which is an anti-resistance alliance and is being led by the US,” he added.

Noting that formation of the resistance front has witnessed several turning points through history, he said, "The victory of the Islamic Revolution of Iran in I979 was the first and foremost milestone in creation of the front. Later, nations’ resistance against the US military deployments in Afghanistan in 2001 and in Iraq in 2003, under the pretext of fighting terrorism, marked the second turning point. The victory of the Lebanese resistance movement, Hezbollah, over the Israeli regime during the 33-day war in 2006 as well as on July 16, 2008, on the occasion of the release of five Lebanese prisoners from Israeli prisons, was the third milestone. Finally, the start of the Islamic Awakening Movement in 2011 played the complementary role.”

On the contrary, all countries opposed to the resistance front share a common point- that shows failure of their policies toward the Middle East, the former Iranian ambassador stressed, adding, "The US invaded Iraq in 2003 in order to form a new Middle East, which was an abortive attempt. The Zionist regime waged wars against Palestinians in the Gaza strip and faced defeat there. Moreover, Saudi Arabia’s regional policies also failed and Turkey’s policies were counterproductive.”


He went on to say that these successive failures reinforced convergence among these countries which fundamentally hold dissimilar views on issues related to governing a country, foreign policy and national interests.

"Some countries like Egypt, which were once a member of the anti-resistance front, are now moving towards divergence due to the existing differences, inconsistencies, and short-term interests. This front was seeking to eliminate the Islamic Republic of Iran but was not successful, and then desperately attacked Iraq. Undoubtedly, the US would have launched an assault on Iran if it had achieved its goal in Iraq. The US has long been desiring to destroy Iran and no change in its behavior in the past years. The main reason behind the US aggressive attitude towards Iran and its insistence to use different ploys, including military action, sanctions, and proxy war is to overthrow the Islamic Establishment.”

US losing power, influence in Syria

On Syria, KazemiQomi said the US no longer can implement its previous plans as the Syrian army and the resistance front are getting stronger day by day.

"Although the US has come down with serious weakness in Western Asia, the damage caused by it evil acts in the region has not decreased yet. Back in 2011, the US-backed front sought to oust the Syrian government within six months, but failed to do so. Today, the ongoing Syrian crisis has given this lesson to the Americans that the era of changing regimes by force is over. This has created a deterrent power against US hegemonic behavior. Not only did the Syrian army not dissolved, but also it turned into an elite force in defense and security. Syria’s today political system is accepted by the world despite the foreign-backed front’s ongoing acts against Damascus.”

On Yemen, he said the Saudi regime has failed to achieve its goals after nearly 20 months of aggression against the impoverished Arab country.

"The Yemeni HouthiAnsarullah movement became stronger day by day and is now the first player in Yemen. In fact, the Saudi war on Yemen has backfired as the kingdom’s borders are not safe and the crisis has spilled over into the Saudi cities of Taif and Jeddah.”

The Iranian diplomat further referred to role of the US in power transition in Saudi Arabia and said, "At present, proxy war has replaced military deployments. This type of war has two fronts in front of the resistance front. One is terrorist currents like Daesh and JabhatFateh al-Sham, formerly known as al-Nusra Front, and the other one is Saudi Arabia and role of its direct military actions. These two fronts are being directly led by the US. Those that confessed to creating the Daesh terrorist group are those that brought to power Saudi Arabia’s new leaders. Saudi crimes and adventurism in the region are direct results of US policies towards the Middle East. Who may not believe that Americans are the main players of power transition in Saudi Arabia?”

KazemiQomi continued that the US is trying to let the region slip into chaos and if one of its scenarios in Syria, Iraq and Yemen had ever succeeded, Iran would have been its next target.

"The US has embarked on proxy wars and is trying to push ahead with its plans in the region as it cannot deploy its forces in the area.”

"Daesh declared its so-called ‘Caliphate’ in Mosul, which was supposed to stretch from northern Africa and India. The real intention of Israel is to steal all the land between the Nile and the Euphrates River. Also, Daesh removed political borders between Syria and Iraq which meant that the region’s geopolitics should change. This is what the US and Israel are looking for. Therefore, approaches such as instability and disintegration have replaced military deployment and direct military intervention.”

US behind Iran-Saudi enmity

The Iranian envoy said today the enmity between Iran and Saudi Arabia is what the US favors and has asked for, adding that new Saudi leaders rose to power with the help of Washington and are now at war with Iran in political, economic and security fields and it is not unlikely that Riyadh may take a military action against the Islamic Republic under US provocations.
"By doing so, US is seeking to undermine Iran in the region and make Saudi Arabia more dependent,” he said.

Turkey major victim of US policies in region

On Turkey, KazemiQomi said Ankara has so far sustained heavy damage both at domestic and foreign levels following US and Israel’s path against the resistance front. If Turkey today genuinely fights against Daesh, it will come down with one of its biggest security crises inside the country.

He said that the developments in Western Asia have also affected Europe, and today European countries are suffering from economic, migration and security crises like what we are witnessing in France.

"Europe’s wrong policies towards terrorism, their dependence on US in security and defense issues and their mistreatment of Muslims have all created the current situation there.”