TEHRAN (Basirat)- Donald Trump’s right-wing allies are keeping him on a tight leash when it comes to his signature campaign issue of immigration. 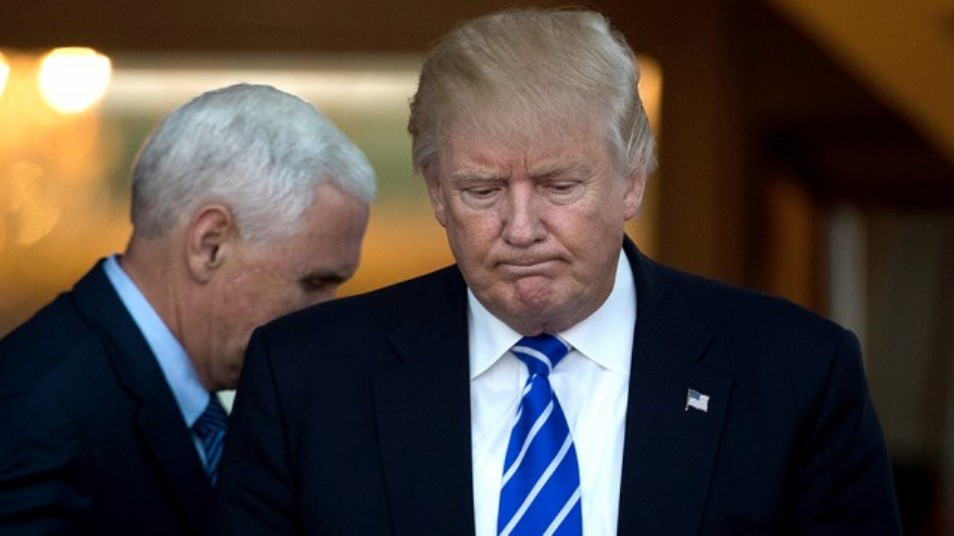 Donald Trump’s right-wing allies are keeping him on a tight leash when it comes to his signature campaign issue of immigration.

Trump has softened some of his campaign rhetoric since winning the White House race, but conservatives have largely stayed quiet as the president-elect has flirted with Democrats, discussed keeping parts of ObamaCare and rethought the use of waterboarding.

On Monday, Trump met with former Vice President Al Gore, the world’s most renowned advocate for policies that fight climate change, and senior transition team adviser Anthony Scaramucci told a Washington audience that the president-elect is not looking to rip up the North American Free Trade Agreement (NAFTA).

Conservative leaders who support Trump have praised him for his pragmatism, saying bipartisan deals can be good for the country.

They even bit their tongues, for the most part, when Trump offered subsidies to the cooling and heating company Carrier to keep jobs in Indiana — a move that looked to many fiscal conservatives like crony capitalism.

But when it comes to immigration, the flexibility ends.

"This was, along with trade, the issue that allowed Donald Trump to mow down 16 other viable and talented and capable contenders in the primary process,” Dan Stein, the president of the Federation for American Immigration Reform (FAIR), said in an interview with The Hill on Monday.

"Nobody can bring out, in rally after rally, Americans who lost loved ones because these immigration laws were not enforced … or Americans who lost jobs because of unfair labor displacement,” and not follow through, added Stein, who has the ear of Trump’s inner circle.

Texas Rep. Michael McCaul is at the center of the pressure.

Hard-line organizations like NumbersUSA, FAIR and the Center for Immigration Studies (CIS) are already signaling they would see it as a betrayal for Trump to pick the Texas lawmaker as his Homeland Security secretary.

They warn that McCaul is too close to House Speaker Paul Ryan (R-Wis.) and the Republican leadership to be entrusted with Trump’s immigration agenda.

The hard-liners’ message to Trump is blunt.

In the words of a source close to Sen. Jeff Sessions (R-Ala.), the powerful immigration hawk whom Trump has selected for attorney general: "You could choose an establishment person for any position but that one [DHS].”

Stein and Mark Krikorian, executive director of the CIS, said McCaul has supported "weak” immigration proposals. Stein charged that the Texan has been too willing to satisfy the GOP donor class over the concerns of American workers who are losing out to open borders.

Breitbart News, a tribune for the nationalist immigration policies favored by Trump and his conservative allies, published a story on Saturday portraying McCaul as an ally of "discredited globalist and rejected House Majority Leader Eric Cantor [R-Va.].”

McCaul spokeswoman Lizzie Litzow told The Hill on Monday it was "entirely inaccurate” to say McCaul supports giving amnesty to people living in the U.S. illegally.

"He stands staunchly against any form of amnesty,” she said in an email. "What he did do at the time [2014] was express support for the idea of immediately securing our border.”

"McCaul voted for last year’s omnibus spending bill because of important measures to protect Americans from terror threats,” she said. "But the bill wasn’t perfect, and McCaul thinks we need to completely cut off federal funds to sanctuary cities and was deeply disappointed that such a provision wasn’t included in the omnibus.

"With a new administration and a Republican Congress, we plan to make it happen.”

Above anybody, they want Trump to pick Kris Kobach, the Kansas secretary of state who has achieved national fame, and notoriety on the left, for his uncompromising stances on immigration.

Voices on the right who backed Trump are also expressing public worry about the amount of influence that Ryan, Vice President-elect Mike Pence and Republican National Committee Chairman Reince Priebus will wield on immigration in a Trump administration. All three men are seen as political allies, and Priebus is Trump’s pick for White House chief of staff.

Pundits Ann Coulter and Mickey Kaus are among those on the right pressuring Trump not to pick McCaul and to avoid giving too much influence to Pence, Priebus and Ryan.

Many of Trump’s top allies believe that the U.S. government needs to limit legal, as well as illegal, immigration, something they believe Kobach would work to do.

"After eight years of Obama’s presidency, the anti-borders activists have become emboldened,” Krikorian told The Hill in an interview Monday.

"There are going to be human chains around [Immigrations and Custom Enforcement] offices. They are going to be posting the home addresses of ICE agents,” he added. "It’s going to be that kind of potentially violent opposition to immigration enforcement.

"And I hope whoever is DHS secretary won’t go wobbly.”