Renewal of ISA and Iran’s Options for Proportionate Response

TEHRAN (Basirat)- If Trump’s central plank of foreign policy is to create a security mechanism in the region, it should come to realize that Iran has the upper hand and exerts a great deal of influence there. Washington should know that imposing new sanctions on Iran based on the US structural principles is contrary to the JCPOA's spirit. This could draw Iran's response at the regional level. 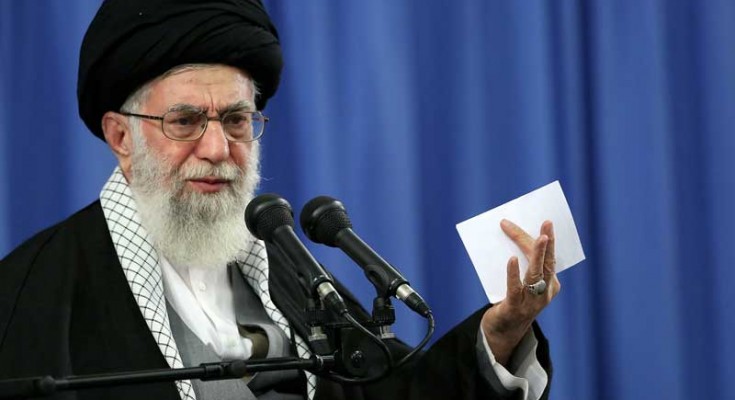 If Trump’s central plank of foreign policy is to create a security mechanism in the region, it should come to realize that Iran has the upper hand and exerts a great deal of influence there. Washington should know that imposing new sanctions on Iran based on the US structural principles is contrary to the JCPOA's spirit. This could draw Iran's response at the regional level.
By Dr. Ibrahim Motaghi

The extension of Iran Sanctions Act (ISA), introduced by Senator Alfonse D’Amato in 1995 to punish investments in Iran’s energy industry and finally adopted on July 16, 1996, is one of the main signs of US model of behavior against countries proved an obstacle to its power-making process in the region. Iran’s nuclear diplomacy with the P5+1 group of countries, which started in October 2013, played a central role in reducing the Islamic Republic’s "nuclear capability” and "strategic power”. Many of the Iranian representatives who were involved in the country’s nuclear diplomacy, were fond of using certain terms in their political literature which in view was an indication of an end to political and strategic differences between Iran and the US, but in fact was sign of another truth.

Therefore, although the process of Iran’s nuclear policy has seen many ups and downs since the beginning of the talks, but it still remains ambivalent how the results of the conclusion of the negotiations can put an end to anti-Tehran sanctions and raise the government’s economic revenues. The JCPOA and its appendices have been compiled in a way that allow the opposite side to impose new sanctions against the Islamic Republic. The US new political processes show that the Congress can play its own independent role in order to contain Iran’s economic power through continuing to prepare and pass new bills against Tehran.

1)  Role of Conservatives and Intensification of Anti-Iran sanctions

Realities about US president-elect Donald Trump’s future approach towards the international community will show that US presidents have usually no major impact on the country’s foreign policy. Changes in the US are limited to Washington's major policies and structures. Therefore, such changes have a tactical nature rather than a strategic one . Some of the US’s strategic and foreign policies which were adopted during the tenure of President Barack Obama will be pursued with similar directions under Trump. This can be a result of the dominance of bureaucratic policies in the US political structure.

The nuclear deal between Tehran and six world powers, also known as the Joint Comprehensive Plan of Action (JCPOA), was an accomplishment for Obama’s administration and many American strategists and foreign policy and security officials have analyzed it. The reality is that the Congress plays a central role in the US political structure. No one can deny the Congress’s role. The reaction of the US Senate and House of Representatives to the deal showed that the Republicans had adopted a critical approach towards the bill in the Congress. Even US House Speaker John Boehner was forced to step down.

Under such a circumstance, all US executive officials are obliged to pave the way for the JCPOA’s implementation and preservation as it is an internationally known agreement unless the president and Congress decide to oppose it. There is this possibility that in the future US reneges on its commitments and reconsiders its decision about the agreement as the Congress and White House both are now controlled by Republicans as a result of the presidential elections on November 8.

2)  Renewal of ISA in US Congress

A bill to extend anti-Iran sanctions by the US Senate and House of Representatives was finalized on December 1, 2016. This move could be interpreted as part of the realities of US nuclear policy toward the JCPOA. Under Trump, US model of behavior toward the deal will focus on a mechanism to prepare the ground for a strict enforcement of the JCPOA. In other words, Trump has no plans to dismiss the agreement.

On December 1, the US Senate voted 99-0 to extend the Iran Sanctions Act (ISA) for a decade after it cleared the House of Representatives 419-1 in late November. It was first adopted in 1996 to punish investments in Iran over its nuclear program. A similar mechanism had been developed by the US House of Representatives earlier in an attempt to limit Iran’s economic power.

Under US law, president cannot override a bill when an overwhelming majority (over 67 percent) of the Senate and House of Representatives have thrown their weight behind it. Therefore, the ISA bill will become a new law in mid-December which will impose new restrictions on Iran’s economy.

If the US Congress’s new bill had not been passed in the Senate and House of Representatives with a majority vote, ISA would have expired on December 31, 2016. So the new bill aims to pave the way for the continuation of sanctions which were legally not effective. In 2016, Barack Obama published 36 executive orders, from EO 13716 through EO 13751. 13716 executive order says: "Revocation of Executive Orders 13574, 13590, 13622, and 13645 With Respect to Iran, Amendment of Executive Order 13628 With Respect to Iran, and Provision of Implementation Authorities for Aspects of Certain Statutory Sanctions Outside the Scope of US Commitments Under the Joint Comprehensive Plan of Action of July 14, 2015.” According to this order, part of Iran sanctions with respect to the ISA should have been lifted. In fact, The ISA renewal will continue to impose expired sanctions on Iran despite the 13716 executive order by Obama. The move is a violation of the JCPOA as it does not honor the provisions of the order. This is while the new bill has considered some requirements related to the JCPOA implementation. Some US diplomats have acknowledged that this law is incompatible with US strategic necessities as Washington is in no good situation to impose new sanctions on Iran.

Each country has a comparative advantage in the field of its international policy. Iran’s comparative advantage can be defined based on how it makes use of its power in regional security environment. In 2011, US officials emphasized that Syrian President Bashar Assad should step down. Iran’s approach toward regional issues had a strategic nature. Iran knew well that any form of transition of power in Syria was aimed at creating a security void in the region.

If Assad had been vanquished, Saudi Arabia would have played its role in the region as a regional giant. This could change the blance of power in the region. Now, US officials have come to the conclusion that Bashar Assad is part of the solution to the ongoing regional crises. This approach means that Iran’s approach toward the region security situation was a strategic one, which in fact is part of the Islamic Republic’s major policy developed the Leader of the Islamic Revolution.

That is why Iran’s model of stratefic action on the region can be considered as part of its "Comparative Power”. US economic restrictions on Iran will continue as long as the Islamic Republic does not use its comparative power, security and ideology in the region. If Trump’s central plank of foreign policy is to create a security mechanism in the region, it should come to realize that Iran has the upper hand and exerts a great deal of influence there. Washington should know that imposing new sanctions on Iran based on the US structural principles is contrary to the JCPOA's spirit. This could draw Iran's response at the regional level.

Iran’s role in the fight against terrorism has a strategic reality. US new leaders need to make a more detailed and comprehensive assessment of such a role in the battle against Takfiri terrorism. Takfiri terroism is continuing to lead a proxy war in the region as it is receiving support from certain Arab countries, including Saudi Arabia. In this process, Iran owns the required comparative power to balance the Saudi-made patterns of terrorism.