MOSCOW, (Basirat) - A senior Iranian official says resolving the Syria crisis is a common interest for Tehran and Moscow, stressing that success in this regard is crucial to regional security. 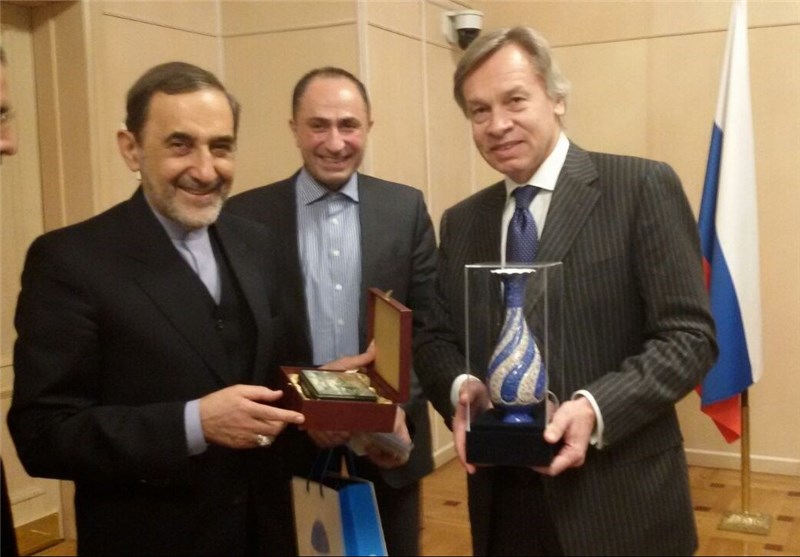 "One of the examples of common interests of Iran and Russia is resolving the Syrian crisis. Success in this sphere is vitally important and can ensure territorial integrity of countries, such as Iraq and Turkey, as well as stability in the region," Ali Akbar Velayati said.
He made the remarks in Moscow in a meeting with Alexei Pushkov, the head of the State Duma’s International Affairs Committee, as he continued his talks with Russian leaders.
Velayati, who is a senior advisor to Leader of the Islamic Revolution Ayatollah Seyyed Ali Khamenei, said Iran and Russia have "long-standing strategic interests as well as common threats.”
He cited "extremism” in the region as a common threat which "is spreading to the Central Asia and western China,” saying cooperation between the two countries was crucial in order to check the menace.
Velayati is visiting Moscow following the first trip by Russian President Vladimir Putin to Tehran in eight years. The visit last month caught eyes as the Russian leader skipped formal trappings to head straight to a meeting with Ayatollah Khamenei after arrival in Tehran.
Velayati said, "The course of the long-term, strategic cooperation between the two countries is irreversible and the Islamic Republic of Iran is ready to increase its support and cooperation in all areas.”
"Bilateral cooperation, especially after the victory of (Iran’s) Revolution, is unprecedented in the history of the two countries and we are pursuing ties with the East especially Russia in line with the strategic view of the Eminent Leader.”
The Iranian official assured that relations with Russia stand on a strong footing after a landmark visit by President Hassan Rouhani to Europe and Chinese President Xi Jinping’s travel to Tehran last month.
"Both Iran and Russia are seriously committed to their long-term strategic relationship but they should also take practical steps to increase the volume of their exchanges especially in the economic sphere,” Velayati said.
Pushkov said the lifting of sanctions against Iran provides an opportunity for the strengthening of economic and commercial ties between Moscow and Tehran.
Iran could play a more prominent role in trade relations with Russia, he said on Tuesday.
"As we seek new partners in trade and economic areas in light of the ongoing EU sanctions against Russia, we believe that Iran could take a more prominent place in our trade relations," Pushkov told reporters, According to Kayhan.