Putin re-calls for expansion of ties with Tehran 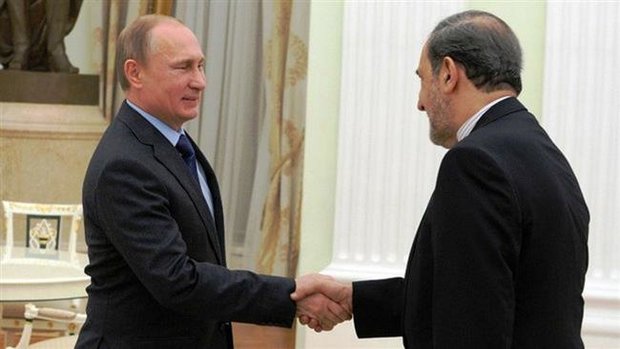 ‘It is necessary to develop all-out bilateral relations with the full capacity,’ said President Vladimir Putin of the Russian Federation on Tehran-Moscow relations after voicing his satisfaction with the latest expansions of ties,(MNA) reported.
The Russian official made the remark, on Wednesday, in his meeting with visiting Iranian official, Ali-Akbar Velayati, head of Iran's Strategic Research Center.
Putin also referred to crisis in Syria as a concern shared by both Iran and Russia and underlined the importance of mutual cooperation in resolving the 6 year mayhem in the Arab country.
The Russian president also articulated his country’s willingness for running joint nuclear projects with Tehran.
During the same meeting, the Iranian official, Velayati, voiced his pleasure for meeting the Russian president and said, ‘the Islamic Republic of Iran and Russian Federation are moving toward adopting strategic ties, toward irretrievable development of cooperation which contributes to peace and stability in the region and the whole world.’
The senior Iranian official, who arrived in Moscow on Monday morning, paid the 4-day visit to Moscow at the invitation of Director of the Russian Institute of Strategic Studies, Leonid Petrovich Reshetnikov.