Trump and trumped-up lies about Iran

TEHRAN(Basirat): One of the techniques liars use to make their allegations credible is interweaving truths and lies to create a spectrum so that their audience get confused, generalize the truth and believe the lies. 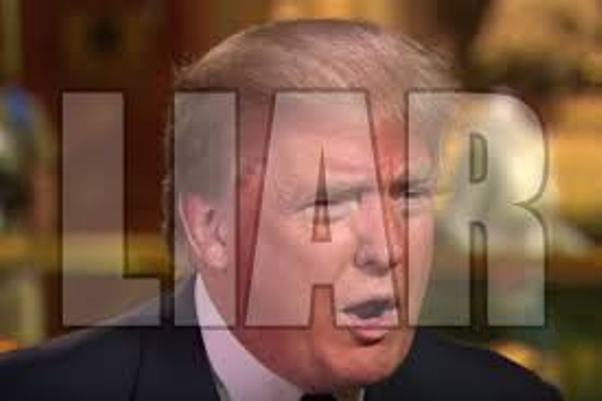 President of the United States Donald Trump shamelessly used the very same satanic technique at 72nd session of the United Nations General Assembly (UNGA) to mesmerize the audience, ignorant of the fact that when one tries to fool a smart audience, he will most probably make a fool of himself, IRNA reported.

Regarding their opponents, especially Iran, the US officials will only tell the truth when they are not able to make up a lie or if they intend to use the truth to tell more lies.

Here the author tries to untangle some of the complexities of Trump’s empty rhetoric about Iran.

Knowingly neglecting more than 35 elections in 39 years, in which people of different political parties and schools of thought have been elected and taken offices, Trump thoughtlessly called Iran a corrupt dictatorship behind the false guise of a democracy.

Needless to say, he made the remarks just to portray the United States and himself an ardent supporter of democracy, while his closest friends with whom he once performed sword-dancing, do not have any idea what an election is, and while Washington’s ex-bosom pals were world-known dictators as well – to name a few, the defunct Shah of Iran, who bowed down to the public call for democracy in the country in 1979 in the days that led the victory of the Islamic Revolution and also Iraqi executed leader Saddam, who was behind hundreds of thousands of deaths and innumerable injuries.

Trump called Iran ‘an economically depleted rogue’; first of all, it is common knowledge that Iran is one of the biggest economies in the Middle East, and the achievements the country has made despite more than 40 years of unfair sanctions imposed on it by the Western countries led by the US.

Second, calling Iran a ‘rogue’ is vividly out of frustration and vertigo he feels, thanks to Iran’s numerous triumphs in global diplomacy and regional battlefields.

He accused Iran of exporting ‘violence, bloodshed, and chaos’. The author believes that the claim is far too big to be heard from a country that has created, equipped, and is desperately and fruitlessly trying to keep alive the most savage terrorists in the world ,i.e. Al-Qaida, Taliban and, its new version, Daesh.

Another point is that Trump called Hezbollah a ‘terrorist’ group. This is totally unfair, because every even-handed person can see that Hezbollah is helping the Lebanese and other suppressed nations against relentless attacks by the child-killing, 'cancerous tumor', as appears in the words of Iran Leader of the Islamic Revolution Ayatollah Seyyed Ali Khamenei, describing the Zionist regime of Israel.

Regarding the crisis in Yemen, it was very ignorant of the US President, as a president, not as Donald Trump, to call it 'a civil war', while in the crisis, a close friend of the US is in involved that has attacked a small nation, killing the children and women in support of a fugitive president who has resigned and fled the country.

Trump's comments on Iran nuclear deal, undoubtedly, once again, revealed US' hypocrisy; the US was present all through the negotiations of the historic 2015 deal and accepted it, both in the UN and the UNSC, but the US president calls it 'the worst' deal threatening to 'tear it up'.

Ayatollah Khamenei and other Iranian elite had repeatedly said that 'the Great Satan', as Imam Khomeini precisely described the US administration, is not trustworthy. That was why cunningly the Iranian negotiation team, led by Foreign Minister Mohammad Javad Zarif took the deal to the UNSC to announce and prove that the Islamic Republic is a peace-loving nation and it is the US government that is belligerent.

Regardless of Trump's tearing the deal or going on with it, his remarks about the landmark nuclear deal show how hypocritical, arrogant and Pharaonic he is.

Trumps needs to keep in mind Zarif's unforgettable sentence in a heated session during the nuclear talks: 'Never threaten an Iranian!'

President of the United States continued his baseless claims saying the world should demand Iran ‘to stop the pursuit of death and destruction’.

Historically speaking, Iran has invaded no country in 200 years, whereas the American history, especially its contemporary history, teems with wars and bloodsheds. They also support, cherish, and praise a regime that is the source of all deaths and destructions in the region and has turned Gaza Strip into a big hardly livable prison. No US administration, including that of Trump, has the qualifications to judge any other country, let alone Iran.

Trump also said that Iran has 'unjustly detained' people. Apart from the fact that this allegation is groundless, the US has the biggest number of prisoners in the world and it is the US that runs Guantanamo and Abu Ghraib prisons, not Iran or any other country.

Moreover, the US government is unconditionally supporting the Israeli regime that has imprisoned, tortured, and killed many Palestinians who just want their homes back.

In his speech at the UNGA, Trump also used a pompous and self-congratulatory tone and bragged about the US military power; He said the Islamic Republic is afraid of 'the vast military power of the United States'.

Truthfully, the US president said, "The good people of Iran want change”, but he didn’t tell all the truth: Not only the Iranians but also all the freedom-seekers of the world and the people who have suffered tough conditions and oppression caused by US military attacks, want to see change in the US government's behavior.

Comparing the speeches made by the Iranian and the American presidents, and their repercussions in the media, one can easily understands that the US must radically change its mindset and approaches toward the world and Iran.

But if Washington insists on its arrogant self-centered attitude, and remains embarking on irrational measures, it is going to suffer the consequences.