TEHRAN(Basirat): Former Lebanese President Amine Pierre Gemayel termed Iran a regional power, and said the US President seems to be confused in his policies towards Tehran. 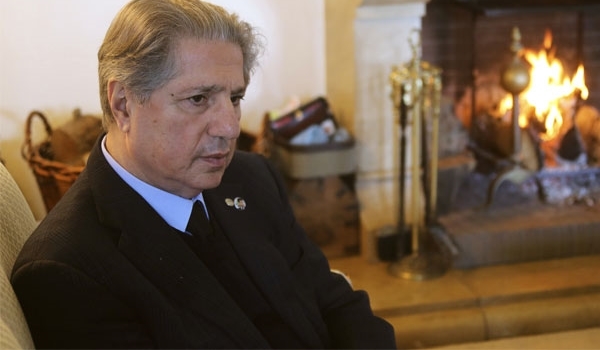 "Iran is a regional power and Lebanon insists on enhancing ties with Iran at different levels based on brotherhood," Gemayel said in an interview with Iranian media on Sunday.

He added that different developments and exchange of experience in cultural and academic fields as well as economic relations between the two countries have further consolidated bilateral ties.

Asked about Trump's policies against Iran and the nuclear deal, Gemayel said, "The policies adopted in the era of the new US president have been confusing to everyone."

In relevant remarks in May, Iranian Parliament Speaker Ali Larijani in a message to his Lebanese counterpart Nabih Berri underlined the need for broadening of mutual cooperation between Tehran and Beirut in different fields.

"Iran and Lebanon have the necessary potentials to expand their bilateral ties," Larijani said in his congratulatory message on the occasion of anniversary of the liberation of South Lebanon from the Israeli occupation.

The Iranian parliament speaker called the victory over Zionist regime, the result of unity between the Lebanese people and government against the occupying forces.

After the Zionist regime attacked Lebanon in 1982 and occupied South of the country, the Lebanese government with the help of resistance movement led by Hezbollah managed to force the occupiers to withdraw and liberate southern Lebanon after 18 years.