TEHRAN, (Basirat) – Belgian political commentator believes that what European Union is suffering from today in Brussels is the price they all pay for the interventionist policies of western imperialist governments. “We, in Europe, reap what our governments have sown,” Kris Janssen reaffirmed. 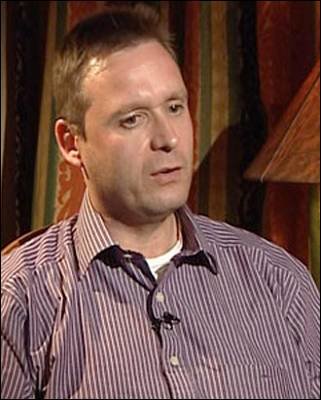 In an exclusive interview with Mehr News Agency, political commentator on Middle Eastern politics specialized in Syria and Iran Kris Janssen, underlined that the EU terrorist attacks the most recent one being the Brussels triple attacks are direct results of imperialist policies of the Western countries serving Western political goals "being the total destruction of the resistance front against Zionism and Western imperialism and the struggle for independence and dignity of the free people in the Middle East.”

First of all tell us about the atmosphere in Brussels. How is the situation after the triple terrorist attacks?

After the terrorist attacks of Tuesday, 22nd of March, in Brussels the Belgian people are in full shock as this is the first time they are confronted on such a large scale with what we could describe as a real war situation.

We watch these atrocities on television taking place far away and the Belgian public don’t really pay much attention to it as it doesn't have a direct effect on their daily lives. Even with the terrorist attacks in Paris in November 2015 there was some upheaval but, although nearby, the reactions from the people were not really based on he same level of emotion as what happened this week in Brussels. One can say that the Brussels events was a direct hit in the heart of Belgian society.

Even when the terrorist attacks in Paris did not have the same impact on the Belgian society as the Brussels attacks, it is clear that what happens ‘far away’ (taking into account that distance has become a very relative concept in this era) as for example the war in Syria, does not really influence public opinion.

The hard truth is that the Belgian public, and in a broader context the whole of Europe, has no clue what is really going on in Syria. This total ignorance is the result of a continuous media manipulation in which the real state of events and truth becomes distorted to serve Western political goals, being the total destruction of the resistance front against Zionism and Western imperialism and the struggle for independence and dignity of the free people in the Middle East and the rest of the world.

In this context the freely elected President of the Syrian Arab Republic, H.E. Bashar al-Assad, has been demonized in our media representations in a frantic and almost pathological way as a butcher murdering his own people while the Syrian people and government have shown strength, steadfastness and dignity in the past 5 years of bloodshed and enormous human, economical and cultural losses.

The Lebanese resistance front Hezbollah has been appointed as a terrorist organisation. The Yemeni people are under daily aggression of the Western backed Saudi army. The Libyan leader Muammar Gaddafi has been killed in cold blood. And the Islamic Republic of Iran has been the victim of vicious sabotage and unjust sanctions for decades also because of its independent and righteous policies and its steadfastness. Because of the manipulations of the Western media organizations, unfortunately the European public have a complete flawed and erroneous worldview and as such they are, even after the tragic events in Brussels of this week, not capable to place these attacks in the correct context of what is happening in the rest of the world.

Also in this same context I want to stress that the real perpetrators and supporters spreading extremism and terrorism, driven by a Salafist doctrine (Saudi Arabia), a neo-Ottoman dream of the revival of this past empire (Turkey) and the financial and logistical endless support to the Muslim Brotherhood (Qatar) are not only ignored by our governments and media but we are willing to do and actually are doing good business with these undemocratic despotic leaders who are on a large scale violating human rights in their own countries and carrying out absolute aggression and interference against other nations and people as for example Yemen and Syria.

How do you analyze the attacks of Brussels? What are the possible causes of the event?

What happened in Brussels this week or in Paris in November 2015 is a direct result of the policies of the Western governments. For years, the American and European governments have been organizing and planning, under the cover of a so called ‘Arab Spring’ and support of ‘democratic reforms’, coup d'états or putsches against governments and peoples who refuse to bow down and kneel to this blackmail or dare to follow an independent course in implementing real political reforms to improve the life of their populations, and not to serve the interests of the post-colonial Western world. Every country which stands up against this aggression and injustice should according to this doctrine be destroyed by military force, suffocating economical sanctions, political tyranny and oppression or even military campaigns if necessary. We have seen throughout recent history several examples of the implementation of this doctrine: Syria, Iran, Libya, Iraq, Lebanon, Yemen, etc… . These operations, with the purpose to destroy all forms of opposition to Western hegemony, do not only serve directly Western policies but are also intrinsically linked to the objectives of the Zionist State of Israel by attempting to destroy or weaken the members of the resistance, eg. Syria, Hezbollah, Iran and everyone who poses a potential threat to Israel.

On the other hand, as explained above, our Western governments are shamelessly dealing, politically and economically,  with the real supporters of terrorism and promulgators of extremist ideologies which are inspiring and brainwashing young people who are in a vulnerable situation and who are receptive to these extremist and violent ideas and ideologies as a result of well planned propaganda and a loss or lack of personal self-identification.

Our media, theoretically independent but in reality a powerful tool serving the authorities, have not done anything to inform or rectify public reception during all these years. They have only, in various forms, supported the official government line and have not criticized or even informed the public of the dangerous tactics and lethal policies of extremist governments, specifically Saudi Arabia, Qatar and Turkey. This has led to a carte blanche for them to spread their extremist ideas and teaching into the hearts of European nations and these easily influenced young people and adults.

As a result, thousands of brainwashed youngsters and adults became ruthless murderers and terrorists and traveled to Syria to slaughter the Syrian people and destroy the country in the twisted name of Islam as propagated by the afore mentioned rough States. Now the time has come that some of them start to return to Belgium and other European countries and are walking around freely in our capitals and cities. What happened in Brussels is the price we all pay for the interventionist policies of our imperialist governments. We, in Europe, reap what our governments have sown.

How this tragedy would affect the European Union and its policies regarding the terrorism?

The main goal  of the European governments in concordance with their American ally has always been to destroy every form of resistance against Western hegemony. If historical reasons have led us to a situation where these governments have to sleep with the devil to reach their goals, they will not deviate from their path to get what they want to. Yes, they are weeping crocodile tears now and they are showing passionate solidarity with the victims and families of the victims from this attack. But in reality they could have avoided this situation by changing their interventionist policies years ago and ideologically fought off the real dangers threatening our society. Of course they will raise security levels and show compassion and empathy. But is this genuine? Are they really willing to root out evil by changing their policies? They could have done so years ago.

Europe countries seems to turn into a new target for the terrorist groups, what’s your idea on this?

From  a strategic point of view Europe is weak with regard to security in comparison with the United States. European States do have capable security services but they are not integrated very well. They all follow their own agenda. These agencies do have some structures of cooperation but in the end they all put their own interests and objectives before. The United States in contrast has a more unified structure which translates itself in the Homeland Security department which acts as an umbrella and coordination center for different security initiatives. The US has learned its lesson after the 9/11 attacks. This makes the US a much more difficult target for carrying out terrorist attacks. Also the political differences between the EU states with regard to for example refugee policies makes it a more vulnerable target. Let us not ignore the huge potential of hundreds of thousands of immigrants but also youngsters and adults belonging to following generations of historical migrant waves in Europe in the past. A lot of these youngsters and adults are in difficult social and economical situations and are dealing with cultural identity crises. These people represent an easy prey for the extremist organizations.

Would the consequences of the attacks affect the refugees?

Public opinion in Europe towards the ongoing refugee crisis can be defined as rather schizophrenic. On the one hand the perception is that we should help these people because, as a result of the afore mentioned media manipulations, most people think they are the victim of brutal ‘regimes’ (in this psychological war our Western media consistently names opposite governments as for example the Syrian government a ‘regime’ to stress the negative connotation) who are slaughtering their population. The European public does not realize that the refugee crisis is the result of our own imperialist policies. But, contradictory, public opposition against this refugee flow is also growing because of cultural frictions and clashes as well as a perceived but also real pressure on our social welfare systems and labour market. In short, yes the Belgian people are in total shock after the terrorist attacks in Brussels but they are not able to place these events in the true context of world politics.

Kris Janssen is a political commentator on Middle Eastern politics, specialized in Syria and Iran as well as Syrian - Iranian relations. He is the Author of several articles and interviews published by newspapers and press agencies in Iran and Syria and broadcasted by several radio- and television stations in the Middle East and Russia. He has also studied 3 years in Cairo, Egypt (Arabic language and Middle Eastern affairs).