TEHRAN (Basirat)- Reza Mirabian, an Iranian expert on Saudi affairs, is of the opinion that US President Barack Obama’s recent visit to Saudi Arabia resulted in no major achievements for the Persian Gulf Arab states. 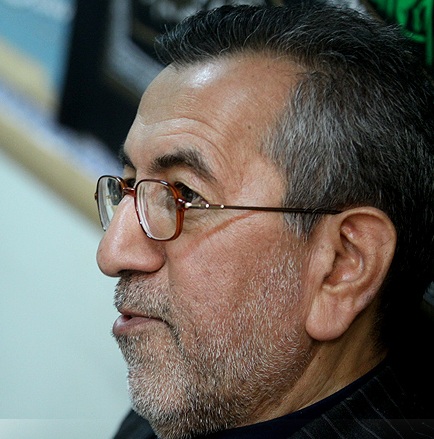 Reza Mirabian, an Iranian expert on Saudi affairs, is of the opinion that US President Barack Obama’s recent visit to Saudi Arabia resulted in no major
achievements for the Persian Gulf Arab states.

"In my opinion, this trip led to no important achievements for the Arab countries except for a massive arms expenditure for them. It also made the Persian Gulf Arab states more reliant on the US. The visit resulted in no achievements for them in respect of regional balance of power and a slowdown in the Mideast crises,” Mirabian told the Basirat news and analysis website.
Following is the full text of the interview.

Q: What goals did the US president attempt to achieve by paying an official visit to Saudi Arabia?

A: It seems that the strained relations as well as a lack of trust between Washington and the Persian Gulf littoral states particularly after a lasting nuclear deal between Tehran and world powers is the main reason behind Obama’s recent visit to Saudi Arabia. Additionally, the US has no longer an active involvement in the ongoing crises in the Middle East. Therefore, Obama, with this trip, tried to repair the damaged trust through reaffirming US support to these countries this time more palpably.

For this reason, the US and the Persian Gulf Arab states agreed to do joint naval patrols in efforts to halt arms shipment to Yemen. Washington also sought to sell a costly integrated ballistic missile defense program to the Arab countries. Moreover, Obama, in an attempt to further appease his Arab allies and win back their trust, also ensured the Arab partners to train their special operations forces on their soil.

Q: Do you believe such cooperation will ever have an influence on the regional equation?

A: No.In my opinion, this trip led to no important achievements for the Arab countries except for a massive arms expenditure for them. It also made the Persian Gulf Arab states more reliant on the US. The visit resulted in no achievements for them in respect of regional balance of power and a slowdown in the Mideast crises because Washington has reiterated that it will not enter into a regional war for the sake of Riyadh. The US has changed its approach and is very serious about it.

Thus, the Americans, by affirming their security partnership with the Saudis, are trying to increase their security support for the Persian Gulf Arab states to make sure that they will not reach out to other countries to supply their security demands. In fact, the US wanted to rest assured about this. Their partnership is not aimed at changing the balance of power in the region, exactly what the Saudis have long been attempting to obtain by developing their relationship with the US.

The US has explicitly expressed this to Saudi Arabia that they should resolve their issues with the Islamic Republic of Iran single-handedly. Therefore, the Obama’s visit will also bring no achievements as to the Syrian and Yemeni crises in the Middle East because the equation in these two countries are determined on the ground and Washington is only ready to provide aerial support. The US is reluctant to have a more widespread presence in the Mideast crises.

Q: It seems that the Saudi attempts at the regional and international levels to isolate Iran have been abortive? What is your take on this?

A: Yes, that is right. Riyadh has failed to reach its desired result across the region in countries like Egypt, Turkey, Pakistan and Jordan.
Egypt's President Abdel Fattah al-Sisi does not follow Saudi Arabia’s policy toward Yemen and Syria. Therefore, countries like Egypt, Algeria and Jordan are not willing to come under the umbrella of Riyadh.
It is safe to say that the Saudi policies are approaching their defeat gradually and these adventurous efforts bring nothing for the kingdom except for extra enormous expenses.

The Saudi monarchy has also hatched numerous plots against the Lebanese resistance movement Hezbollah, but countries like Tunisia, Algeria, and some others have refused to follow the orders dictated by Riyadh. The royal family, with the help of its Western allies, pushed for a resolution at the UN Security Council to blacklist Hezbollah but Russian and China voted against it.

Q: What is the root cause of the radical behavior of Saudi Arabia?

A: The Saudis have sensed that Iran is turning into regional power and considers this a threat for themselves. Therefore, they, with regional unification and appealing help from major powers, are attempting to contain Iran’s power. In fact, they are seeking to change the regional balance of power through buying arms.
These policies have had no result to date as the US has recognized Iran as a regional power. However, the Saudis are still resisting against it.

Consequently, the only way for resolving the Middle East’s crises is through negotiation with Iran. The US has accepted this, but the Saudi are resisting.