Trump’s most foolish decision yet

TEHRAN(Basirat): President Trump’s reckless decision to withdraw the United States from the Iran nuclear deal will not force Iran back to the negotiating table, nor will it address serious concerns about Iran’s behavior in the Middle East. But it will leave Iran’s nuclear program unconstrained, and an inconstant America isolated from its allies and far less safe. 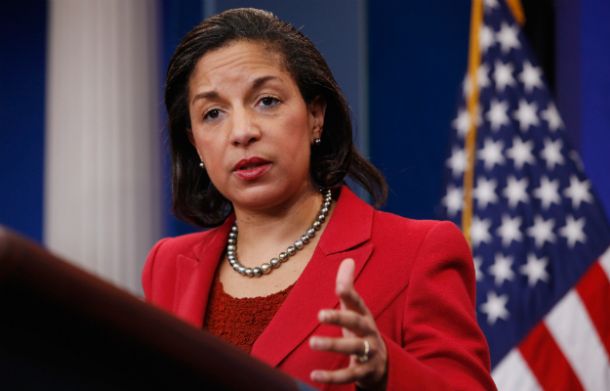 The Iran deal has worked as intended. According to the International Atomic Energy Agency, the United States intelligence community, the United Nations Security

Trump, disdainful of any success of his predecessor, has long been determined to destroy this (nuclear) agreement, even though it has served American interests and won the grudging support of many of its original critics.

Council and the president’s top advisers, Iran has fully complied with its obligations. As required, Iran relinquished 97 percent of its enriched uranium stockpile, dismantled two-thirds of its centrifuges and its entire plutonium facility, abided by the most intrusive international inspection and monitoring regime in history, and forswore ever producing a nuclear weapon.

This agreement was never about trust. It is about stringent verification — in perpetuity. The deal effectively cut off all potential pathways for Iran to acquire a nuclear weapon.

Now President Trump has ceded the moral high ground and freed Iran from all those constraints. Iran will be able to resume its nuclear activities without being blamed for violating the agreement.

Instead, it is the United States that is about to unilaterally violate the very agreement it negotiated by reimposing nuclear-related sanctions while Iran remains in compliance. Mr. Trump disregarded the pleas of our closest European allies, who worked for months to try to address his objections. Instead of reaching agreement with our allies, President Trump told them to get lost and now will penalize European companies for abiding by an agreement that is working. The political and economic consequences for our relationship with Europe will most likely be considerable.

The costs to American global leadership are steep. When the United States unilaterally abrogates an international agreement in the absence of any breach, we undermine international perceptions of our reliability and responsibility. That is precisely what we have already done with the Paris climate agreement and the Trans-Pacific Partnership. But violating the Iran deal is far more dangerous.

The president spiked the Iran deal out of spite and hubris, with no viable alternative.

Iran could stay in the deal for now, if the remaining signatories can provide sufficient trade and investment benefits. Yet this outcome is far from assured and likely unsustainable, given the ability of the United States to impose painful sanctions against foreign entities doing business with Iran. Alternatively, Iran could resume its nuclear activities unfettered — either gradually or rapidly — and even withdraw from the Treaty on the Nonproliferation of Nuclear Weapons, making it a far more dangerous actor in a volatile region.

With Iran unconstrained, Saudi Arabia and others in the region may push to obtain a nuclear capacity. The hard-liners in Iran who never liked the nuclear deal will be strengthened in their bid to destabilize the region, leaving relative moderates like President Hassan Rouhani sidelined. In light of America’s abrogation of its commitments, Russia and China’s position in the region will be bolstered at our expense. Israel may now rush into conflict with Iran, betting it can draw in the United States. Under any scenario, America will be less safe; and in the worst case, we could face the choice of going to war or acquiescing to a nuclear-armed Iran.

He (Trump) asserts that, with increased pressure on Iran, he can negotiate a better deal. But only someone who knows nothing about Iran would presume that it will pay more under duress to get the same thing it was promised three years earlier.President Trump, disdainful of any success of his

predecessor, has long been determined to destroy this agreement, even though it has served American interests and won the grudging support of many of its original critics. The president spiked the Iran deal out of spite and hubris, with no viable alternative. He asserts that, with

increased pressure on Iran, he can negotiate a better deal. But only someone who knows nothing about Iran would presume that it will pay more under duress to get the same thing it was promised three years earlier.

If Mr. Trump thinks he is sending a strong message of resolve to North Korea, he is again mistaken. Instead, he is demonstrating to a far more advanced and unpredictable adversary on the eve of negotiations that the United States cannot be trusted. He has provided proximate proof that any deal the United States makes, even a successful one, may be tossed aside on the whim of this or any other president. Our negotiating partners, including Japan, South Korea and China, will doubt our credibility when we most need to demonstrate collective resolve. Why would Kim Jong-un give up his nuclear and missile capability when the United States has just demonstrated that, once he does so, it might well renege on the bargain?

The president has just made the most foolish and consequential national security decision of his tenure. Exactly what comes next is unclear, but we certainly will face a far worse situation than today. When the mess materializes, Mr. Trump, per standard procedure, will blame everyone else: his political opponents, his predecessor, the Europeans and the Iranians. But there will be only one person responsible: President Trump, our wrecking ball in chief.