TEHRAN (Basirat): Secretary-General of the Lebanese Hezbollah Resistance Movement Seyed Hassan Nasrallah praised Iran’s outgoing ambassador to Beirut for his endeavors in solidarity with the anti-Israeli resistance of Lebanon. 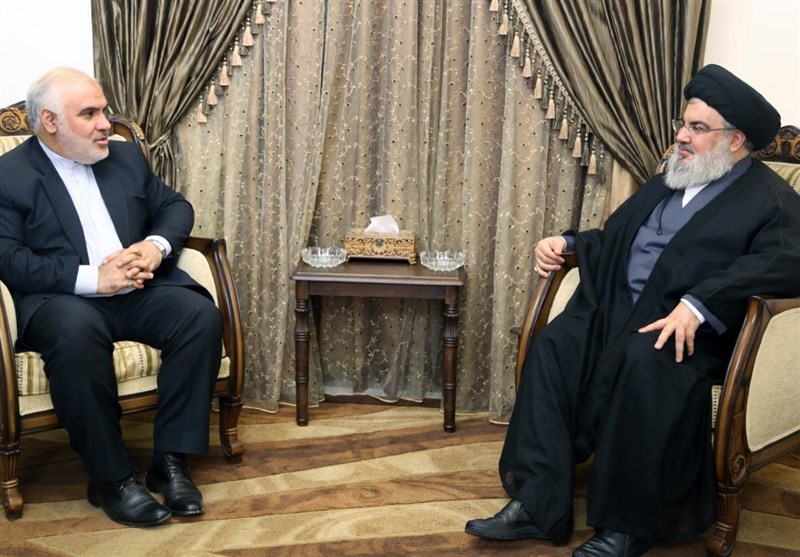 In a meeting with Mohammad Fathali in Beirut on Tuesday, Seyed Hassan Nasrallah expressed his gratitude to the outgoing diplomat for his efforts over the past 4 years to side with the Lebanese people and government and Hezbollah.
He further hailed Fathali’s stance in support of regional nations and described him as "the best brother and friend and a good representative of the Islamic Republic”.
Fathali, whose term as Iran’s envoy to the Arab country has ended, will be replaced by Mohammad Jalal Firouznia
Firouznia has previously served as Iran’s ambassador to Yemen, Bahrain and Malaysia.
He also served as the director general of the Persian Gulf office at the Iranian Foreign Ministry.