TEHRAN (Basirat) : Ali Akbar Velayati, a top foreign policy adviser to the Leader of the Islamic Revolution, announced on Thursday that the Iranian, Russian and Turkish presidents will meet in Tehran in the near future to discuss the Syrian crisis. 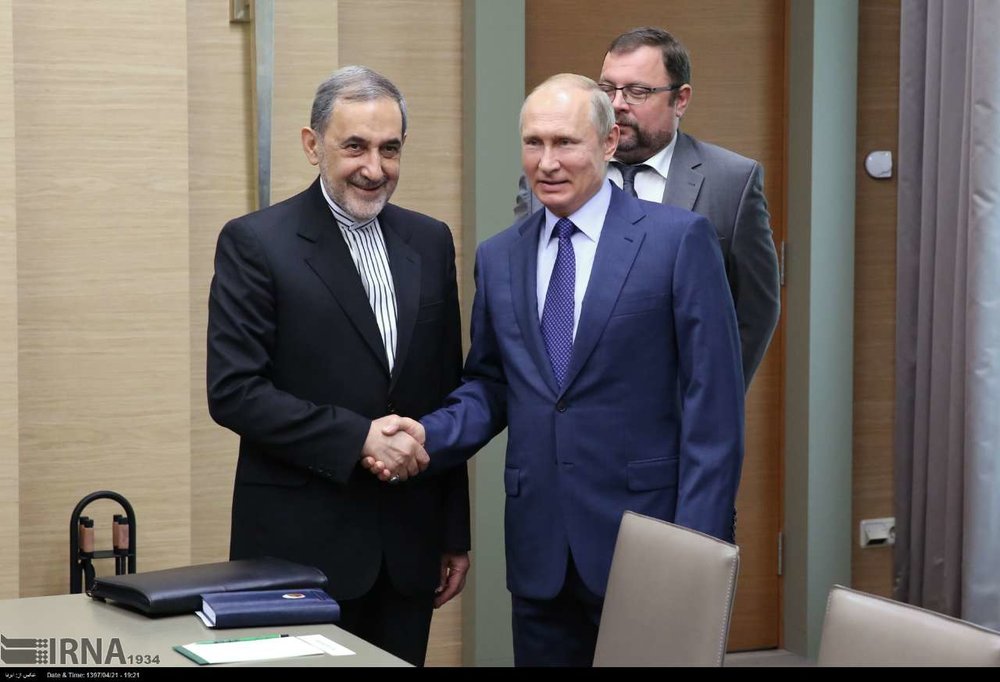 "Mr. Putin [the Russian president] said that he will travel to Tehran soon to attend the summit on Syria,” Velayati told IRIB after his meeting with the Russian president in Moscow.p
Velayati described his meeting with Putin as very "constructive”, "transparent” and "friendly”.
In a statement on Thursday, the Kremlin said the meeting between Putin and Velayati focused on regional security particularly the situation in Syria and the U.S. withdrawal from the multinational nuclear deal with Iran.
President Donald Trump who declared the U.S. pullout from the nuclear deal in May announced that sanctions will be re-imposed against Iran "at the highest level”.
"The Russian president stressed that he will not care about unilateral sanctions against Iran and Moscow does not accept sanctions which have not been approved by the UN Security Council,” Velayati said.
Commenting on relations, he said that ties between the two countries have always been on the rise.
Velayati said Leader of the Islamic Revolution Ayatollah Ali Khamenei views relations between Tehran and Moscow as "strategic”.
Velayati, a former foreign minister, said Tehran and Moscow share common interests.
He noted that Iran-Russia cooperation in helping Syria counter terrorism is an "exemplary model of cooperation”.
Elsewhere, he said that the current "sensitive” situation in the world makes it more imperative to expand cooperation.
Velayati started a three-day tour of Russia on Wednesday. He delivered messages from Ayatollah Khamenei and President Rouhani to Putin. Velayati, who is accompanied by a diplomatic team, was to depart to China after concluding visit to Russia.
‘Iran not willing to negotiate with U.S.’
Also during a speech at the Valdai Discussion Club on Friday, Velayati said that Iran is not willing to negotiate with the U.S., because Washington cannot be "trusted”.
Analysts say Trump is very eager to negotiate with Iran. They say Trump, unhappy with what his predecessor Barack Obama had done, is willing to strike a deal with Iran with his own record and that is why he exited the U.S. from the 2015 nuclear deal.
Commenting on a plan by the Trump administration to introduce sanctions against Iran’s oil export, he said, "In spite of the sanctions, Iran sees no impediment to sell its oil. We will continue exporting our oil even under sanctions. If Iran cannot export oil from the Persian Gulf, no one else can do.”
Pointing to the U.S. act in leaving the 2015 nuclear deal in May and vowing to return sanctions against Iran, he said that Iran will quit the deal, known as the Joint Comprehensive Plan of Action, if it does not enjoy the benefits of the agreement.
U.S. cannot force Iran to leave Syria, Velayati says
Velayati also said Iran will not be intimidated to leave Syria under a pressure by the Trump administration.
Iran and Russia will continue their presence in Syria by the time there would be no terrorist in the country, he insisted.
Velayati said it the U.S.-led coalition which has no permission from the Damascus government to act against Daesh.
Iranian military advisor are in Syria and Iraq upon the request of the countries and will leave there only upon requests by Damascus and Baghdad, he remarked.
"If the U.S. does not leave the Middle East, we will force it to leave the region. The U.S. demand on exit of the Iranian forces from Syria is aimed at creating division among Syria’s allies,” he said.