Sanctions to Make US More Isolated than Iran: Ex-Adviser

TEHRAN (Basirat): A former US government adviser praised Iran as “very strong in diplomacy” and said the US sanctions due to be re-imposed on the Islamic Republic later in November will make Washington more isolated than Tehran. 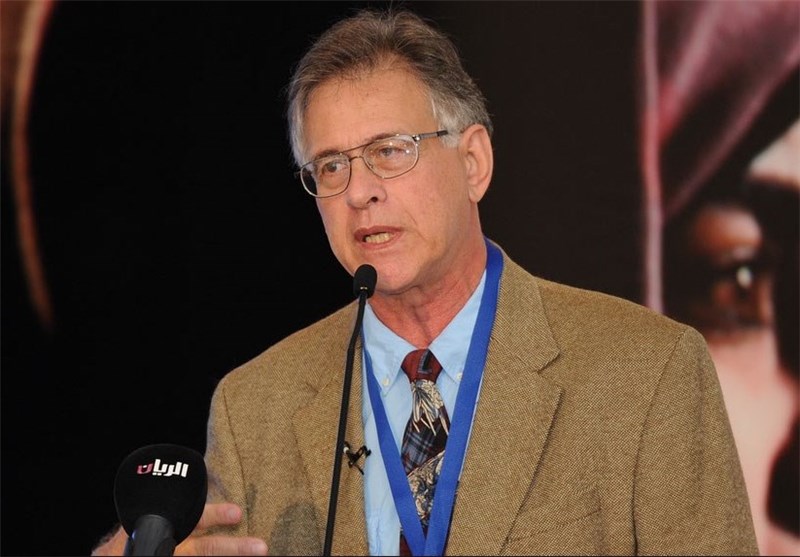 "Ultimately, if the US intends to boycott the countries that refuse to boycott Iran, it is likely to backfire, with the result that the US will be isolated more than Iran,” Paul Larudee from San Francisco said in an interview with the Tasnim News Agency.
Larudee is an Iranian-born American political activist and human rights volunteer, who works with the International Solidarity Movement. He is a former contracted US government adviser to Saudi Arabia and a founder of the Free Gaza and Free Palestine Movements.
Following is the full text of the interview:
Tasnim: The Trump administration recently threatened to cut Iranian oil exports to zero, saying that countries must stop buying its oil from Nov. 4 or face financial consequences. Washington later softened its threat, saying that it would allow reduced oil flows of Iranian oil, in certain cases. Since oil is a strategic product and countries around the world always demand it, would the US be able to carry out this threat at all?
Larudee: It seems unlikely that Washington will be able to carry out its threat effectively, and so will retreat.  We can recall that both the Obama and Trump administrations made threats and warnings, and each time delivered only a fraction of what they had threatened.  Examples are the air invasions of Syria and the threats to hit the Syrian army in its recovery of Deraa. Ultimately, the US backed down.
In the case of blocking the Strait of Hormuz, most of the rest of the world, including Europe, Japan, China, and many more will not stand for it.  There are other ways to ship the oil, such as expedited construction of new pipelines, as well as shipment from other ports in smaller tanker ships.  Ultimately, if the US intends to boycott the countries that refuse to boycott Iran, it is likely to backfire, with the result that the US will be isolated more than Iran.
Tasnim: Iran is perceived to have threatened to block oil exports through the Strait of Hormuz, a key Persian Gulf waterway, in retaliation for US efforts to reduce Iranian oil sales to zero. Analysts say that crude oil prices could jump as high as US$250 a barrel if Iran goes through with its threat to close the strait. What do you think? In your opinion, what other measures can Iran do to counteract US pressures?
Larudee: Iran is very strong in diplomacy, and most countries are not interested in reducing their purchases of Iranian oil, so I believe that Iran will have a lot of support for its position without blocking the Strait of Hormuz.  Iran can begin – and has probably already begun – to negotiate options for delivering its product in spite of a US attempt to block it.  In addition, it may be wise for Iran to develop logistical options for delivering oil to buyers in case the (Persian) Gulf route becomes an issue.  It may be costly to do this, but it is always good to have strategic options.
Tasnim: As you know, Trump's threat is part of his walking away from the Iran nuclear deal, also known as the Joint Comprehensive Plan of Action (JCPOA). He also plans to reinstate anti-Tehran sanctions from November 4. In the meantime, the European Union has put forward a package of economic measures to offset the US pullout from the JCPOA. What do you think about the EU’s role in reducing Washington’s pressures against Tehran?
Larudee: The EU is declaring its independence from the US.  They are not willing to allow the US to damage their economies long term.  The only way the US can retain influence on Europe is to behave responsibly and to demonstrate that it can act to the benefit of the Europeans.  An aggressive use of power is symptomatic of its loss, and the US is gradually losing its ability to threaten others.
It is also the case that when the US destroys another country, they do not bring peace or calm, but rather continued resistance.  This is because the population has nothing left to lose when all is destroyed, and will never give up.  Therefore, even the US does not benefit from such tactics.  There is only one country that benefits and prospers from eternal war, and that is Israel.  It is therefore proper to look closely at the influence of Israel upon the US, and its relation to US policy, as well as to take note that the majority of US war making in the 21st century has been in Israel's neighborhood, and to reflect upon whether this is mere coincidence or whether there is a cause and effect relationship.
Source: Tasnim