Why shouldn’t western nations know what aids their states offered to Saddam on his war against Iran?

Tehran (Basirat) :The ceremony of "An Evening of Retelling Memories", commemorating the National Week of Sacred Defense, was held at the Hussayniyeh of Imam Khomeini (r.a.) with a group of veterans and artists of the Sacred Defense era meeting with Ayatollah Khamenei-- the Supreme Leader of the Islamic Revolution, this evening September 26, 2018. 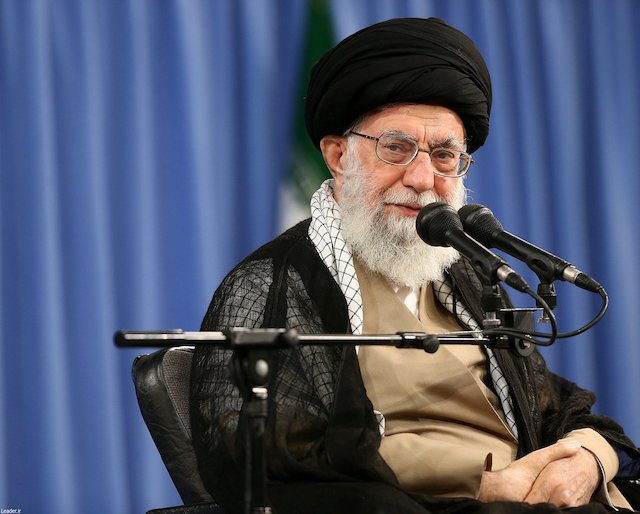 The Leader of the Islamic Revolution reminded the audience of the unparalleled war and said: One side of the battle, [there was Iran that] could not even buy barbed wires and import them, while the other side was provided with the most advanced war equipment in large quantities and was even allowed to use chemical weapons.

Ayatollah Khamenei slammed Western states’ double standards in confronting weapons of mass destruction, stating: Today the Westerners make such a fuss over even accusations of using chemical weapons, while in those days, Saddam was even allowed to use chemical weapons not only in the war fronts but also in cities [and on civilians]; and the governments of France, Germany and then USSR helped him.

His Eminence went on to say: During the Sacred Defense era, not only economic and political sanctions were imposed on us, we were also sanctioned in terms of media access and no one would hear our voice.

Ayatollah Khamenei posed a question to the audience at the ceremony as well as the people of the world by asking, " Now, my question is, why shouldn’t the people of Germany and France know what their governments did to us during those 8 years of imposed war?”
He further added: They currently do not know, and this is due to our negligence. Currently, the world cannot see this image which exposes the arrogant powers.

At this ceremony, the Supreme Leader of the Islamic Revolution advised the experts in arts to reach out to the world to narrate the truth and held: In the fields of literature, cinema, theater, journalism and cyberspace there are plenty of tasks that we must do— but have not done. Wherever we worked in those areas, even if in limited quantities, it was influential.

He pointed to a successful example of cinematic work and said: For instance, the movie by Mr. Hatamikia (Damascus Time), wherever it was displayed, it was welcomed. Why shouldn’t it be broadcast in Europe and Asia?

The Leader of the Revolution said about film festivals in the West showing Iranian movies, that "Iranian movies screened in western festivals are of rather lower quality; they would not show a movie about the Sacred Defense era; because they fear the screening of a moving that exposes [their crimes].”

The Supreme Leader of the Islamic Revolution finally expressed: My dear ones! Do know that today too, if the message of the martyrs reaches our hearts, it will protect us against fear and sorrow and it will present us with the message of felicity, courage and action.