TEHRAN (BASIRAT) In a report on Tuesday, The Guardian, quoting a source, said the UK-based Iran International TV that gave airtime to a supporter of the terrorist attack in Ahvaz on September 22, is funded by the Saudi royal court. 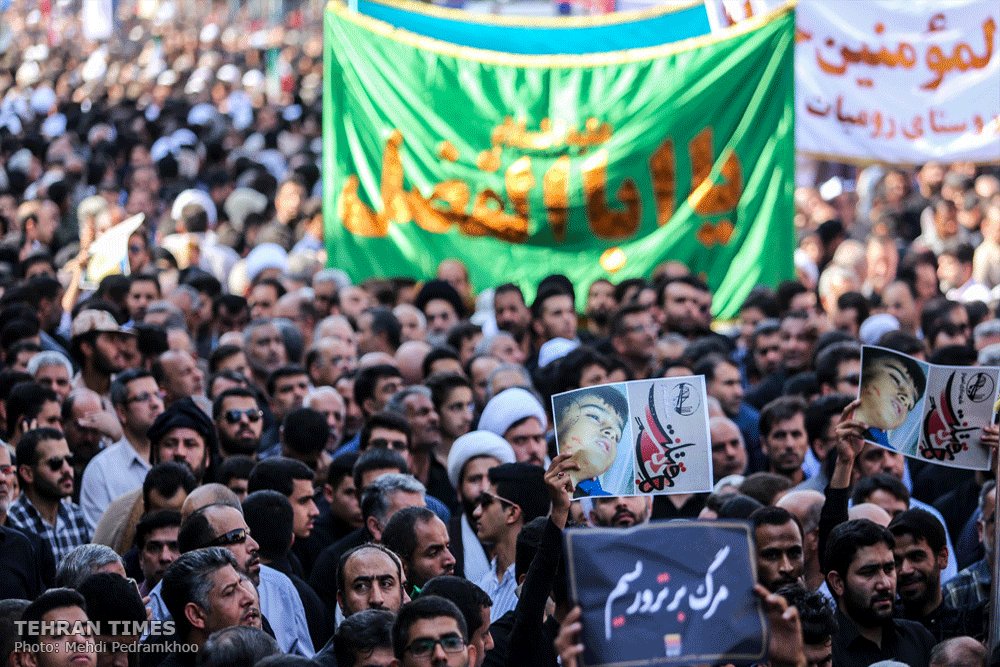 Following is the text of the report headlined "Ofcom investigates TV network over interview praising attack in Iran”:
Ofcom is investigating a UK-based Saudi-linked television network after it gave airtime to the spokesman for an extremist separatist group who praised last month’s terrorist attack in the Iranian city of Ahvaz, which killed at least 24 people, including children.
The investigation by the media watchdog highlights the growing influence of Saudi-linked stations operating from London, which is increasingly becoming a key media battle ground for the proxy wars in the Middle East.
Iran International TV, based in Chiswick, west London, was the first Farsi language media organisation to interview Yacoub Hor al-Tostari, a spokesman for the Arab Struggle Movement for the Liberation of Ahwaz, after the 22 September attack.
Tostari said the National Resistance of Ahvaz, an umbrella group linked to the Struggle Movement, had carried out the attack, and praised the killings, later condemned by the UN Security Council as a "heinous and cowardly terrorist attack”, which he said had hit "legitimate” military targets.
Told that civilians were among the dead, he said: "What was targeted was the viewing platform [of the military parade] where officials stood. Ordinary people were not on that platform.” He added: "I insist that armed resistance is part of our resistance.”
Tostari’s group later backpedalled on the claim. The Ahvaz attack has also been claimed by ISIS.
Ofcom confirmed it was investigating the interview. "We are assessing this news programme as a priority against our broadcasting rules,” a spokesperson said. It has not opened a formal investigation.
Iran’s ambassador to the UK, Hamid Baeidinejad, tweeted that the embassy had filed a complaint.
Iran International is one of an increasing number of London-based television stations backed by Middle Eastern interests that are trying to influence audiences thousands of miles away. Questions have been raised over the network’s funding and its links to Saudi Arabia, Tehran’s arch-enemy. Many Iranians compared the interview to giving airtime to ISIS after a terrorist attack in the West.
Rob Beynon, the acting head of the channel, stood by the decision to broadcast the interview and said it had referred to the Ahvaz shooting as a "terrorist attack”.
"We and the BBC [Persian] and Radio Farda interviewed the same person during that day and we’ve already said that it was done because we wanted to find out the background to it,” he told the Guardian. "There isn’t a ban on interviewing that person as far as I am aware.”
He said his network would comply with Ofcom but said he did not think the interview with Tostari had broken the rules since he said the spokesman did not incite violence.
"[Tostari] explained his reasons as he saw them and he was challenged by the presenter,” he said. "It doesn’t mean that we agree with him.”
Iran International was launched in May 2017 shortly before presidential elections in Iran. Two other Farsi-language networks, BBC Persian and Manoto TV, are also based in London. Iran International pays generous salaries – one employee said pay was double that offered by competitors – and its 100-strong staff works out of a modern newsroom and studio.
Iran International’s licence is held by its parent entity, a company called Global Media Circulating, according to Ofcom’s records. Adel Al-Abdulkarim, one of the company’s two directors, is also a shareholder, and a Saudi national with a history of working with Saudi Arabian media moguls such as Abdulrahman al-Rashed, the former general manager of the Saudi-owned Al Arabiya, and formerly editor-in-chief of newspaper Alsharq Alwsat.
A source who has worked with the Saudi crown prince, Mohammed bin Salman, said Iran International’s money came from the Saudi royal court, estimated to be about $250m (£192m).
"The money is coming from Saudi Arabia, it is from the royal court,” the source said, questioning whether private investors would risk that amount of money with such a small chance of return.
Beynon did not answer questions on the channel’s funding. He said the day-to-day editorial and technical operations of Iran International were managed by DMA Media Ltd, which is a UK news company owned by private UK shareholders. The Guardian has asked Beynon to explain the precise relationship between DMA Media Ltd and Global Media Circulating.
He added: "Iran International can be judged by its output and the editorial policy implicit in that. It is not reflective of the views of any government and aims to provide news and views of interest to all Farsi speakers.”
This is not the first time Iran International has been heavily criticized. The television previously gave extensive live coverage to a rally by the Mujahedin-e-Khalq (MeK), a cult-like organisation that espouses regime change and has links to Saudi Arabia.
The controversy over the coverage of the MeK rally led to the channel ceasing its cooperation with Mehdi Jami, a respected journalist who spoke out on internal discontent over the decision. At least one journalist left the network after the coverage of the Ahvaz attack.
Manoto TV, also based in the UK, is perceived to be close to monarchists, focusing extensively on pre-revolutionary Iran and depicting the era as glamorous. It lost £33m in 2016 and 2017, according to its latest accounts. Manoto has not disclosed its sources of funding since 2012 and did not respond to a request to explain these.
Source:TehranTimes