TEHRAN (Basirat) : Iranian President Hassan Rouhani praised his administration’s diplomatic successes during the recent United Nations General Assembly meetings and said the Islamic Republic is respected by the World more than ever while the US government has become more isolated. 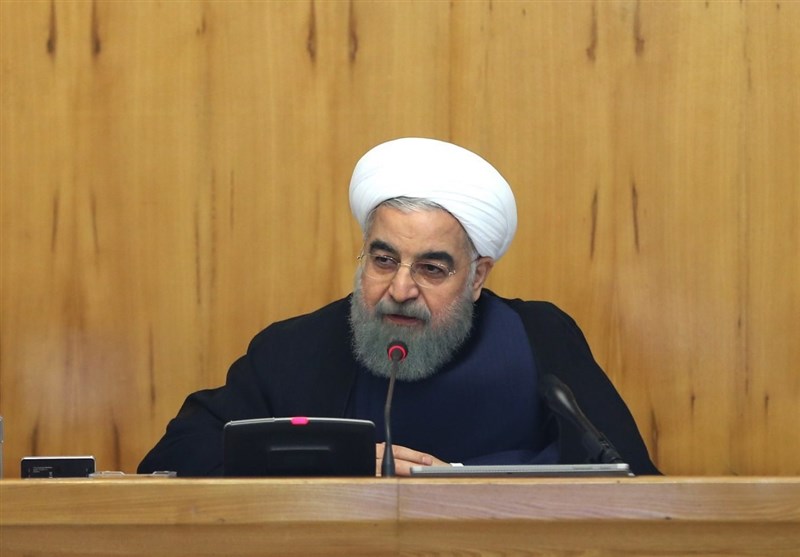 The Westerners, the US in particular, always attempted to introduce Iran as a country that does not respect international norms with the aim of isolating the Islamic Republic, President Rouhani said at a cabinet session in Tehran on Wednesday.
But this time, the US was more isolated than ever and Iran was more than ever respected by the world public opinion and politicians due to the country’s correct behavior, he added.
Rouhani further emphasized that the Americans were seeking to undermine Iran’s image in the United Nations Security Council, but their attempts backfired.
"All 14 other countries that spoke in this meeting directly or indirectly supported the Joint Comprehensive Plan of Action (JCPOA) and nobody approved of the US performance (regarding the deal),” he said, referring to the 2015 nuclear agreement between Iran and world powers.
On May 8, the US president pulled his country out of the JCPOA, the nuclear deal that was achieved in Vienna in 2015 after years of negotiations among Iran and the Group 5+1 (Russia, China, the US, Britain, France and Germany).
Following the US exit, Iran and the remaining parties launched talks to save the accord.
US President Donald Trump on August 6 signed an executive order re-imposing many sanctions on Iran, three months after pulling out of the Iran nuclear deal.
He said the US policy is to levy "maximum economic pressure” on the country.
Trump also restated his opinion that the 2015 Iran nuclear deal was a "horrible, one-sided deal”.
The European Union has vowed to counter Trump’s renewed sanctions on Iran, including by means of a new law to shield European companies from punitive measures.