TEHRAN(Basirat): Chancellor of Germany is still thinking of building a new Europe! Angela Merkel and Emmanuel Macron both speak of a Europe which can withstand nationalism and far right movements. But the realization of this common dream seems not so easy! Today extremism have spread all over the European countries, and their power is increasing day by day. 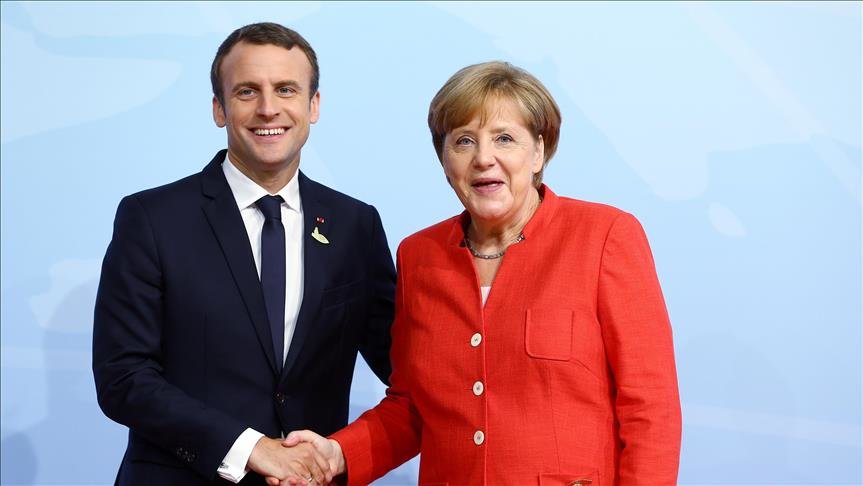 These movements have also attracted the attention of many European citizens, as a result of the weakness of the traditional parties (Conservative and Social-Democratic). In a recent meeting, German Chancellor and President of France had once again stressed on their mutual concerns about new concerns. However, it’s not clear that what Macron and Merkel have in mind about this new Europe.

Emmanuel Macron has recently emphasized the need for building a stronger Europe! The French president insisted that his "historic reconstruction of Europe and the Eurozone”, designed to reconcile the EU with disgruntled citizens after a decade of financial and immigration problems, is urgent, not least to stem rising far-right parties. But he cannot move without Germany’s agreement.

As reported by Time, Macron, who came to Berlin to take part in Germany’s national Remembrance Day for the victims of war and dictatorship, urged European government to seize more responsibility for their own fate, especially regarding defense.

Macron said that the French-German alliance "is invested with this obligation not to allow the world to slide into chaos, and to accompany it on the road of peace.”

It should not be forgotten that the popularity of the French president has drastically fallen in recent days, following the increase in public discontent France. And in Germany, Angela Merkel's coalition government is not well placed, and its popularity had a remarkable decrease during the recent months. Hence, the German and French authorities do not face stable political conditions inside their own countries. Obviously, this will also dramatically reduce their maneuverability in Europe’s equations.

Undoubtedly, neither Macron nor Merkel possess the ability to guide and manage the new Europe as their presence at the head of their country's political equations is not guaranteed in the near future. Many analysts believe that Macron will face the same fate as Sarkozy and Hollande, and he isn’t going to win the next elections, which is to be held in 2022. Thus it’s not clear that who will be in power in Paris and Berlin in the coming years.

Finally, recent remarks by the French President and German Chancellor on building the new Europe can’t be realized in near future. And this is what Angela Merkel and Emmanuel Macron are well aware of.
Source:TehranTimes

'They were starting to learn German in Paris before US came along' – Trump taunts Macron
Tags: merkel ، macron ، europe ، germany ، basirat
Error Report
0