TEHRAN(Basirat): South Carolina Republican Sen. Lindsey Graham told Fox News on Sunday that Saudi Arabia’s military “can’t fight out of a paper bag” when confronted with Mideast challenges including Iran, and insisted that the US has the necessary leverage to punish the Saudi leadership for its apparent role in the murder of dissident writer Jamal Khashoggi. 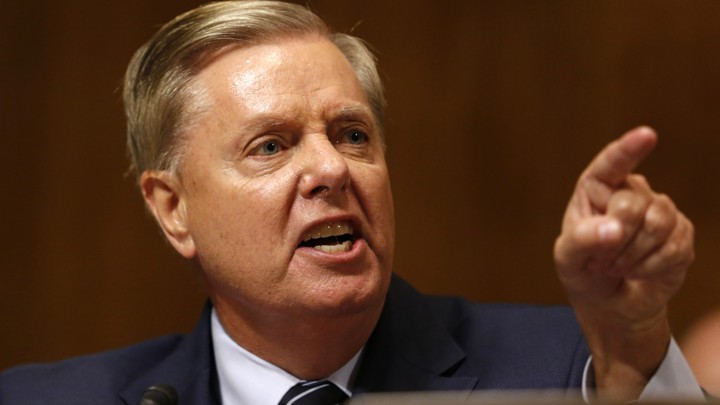 "Let me put it this way — I want to be very blunt with you,” Graham told host Maria Bartiromo on "Sunday Morning Futures.”

"If it weren’t for the United States they’d be speaking Farsi in about a week in Saudi Arabia.”

Graham’s remarks deepened his unusual divide with the White House on the issue. In an equivocal statement last month that highlighted the complexities of US interests in the Middle East and Saudi Arabia’s role in advancing American interests there, President Trump indicated it was not clear in his mind whether Saudi Crown Prince Mohammed bin Salman ordered Khashoggi’s death.

However, Graham echoed his colleagues in saying that classified intelligence briefings provided to members of Congress strongly suggested a different conclusion.

"It’s the most brilliant briefing I’ve ever received in my time in Congress,” Graham said, referring to CIA Director Gina Haspel’s briefing with a group of senators last week.

"You had two analysts that walk us through the crown prince’s focus on Khashoggi for about two years. This operation was very sophisticated.”

"The person in charge of executing the operation is MBS’s right-hand man,” Graham continued, using the three-letter acronym to refer to bin Salman. "There is no doubt by any senator who received this briefing that MBS was complicit in the murder of Mr. Khashoggi.”