Russia rejects US criticism of bombers’ flight to Venezuela

TEHRAN(Basirat): The Kremlin has rejected the United States’ criticism of Russian military flights to Venezuela, saying remarks made by US Secretary of State Mike Pompeo about the issue were “inappropriate.” 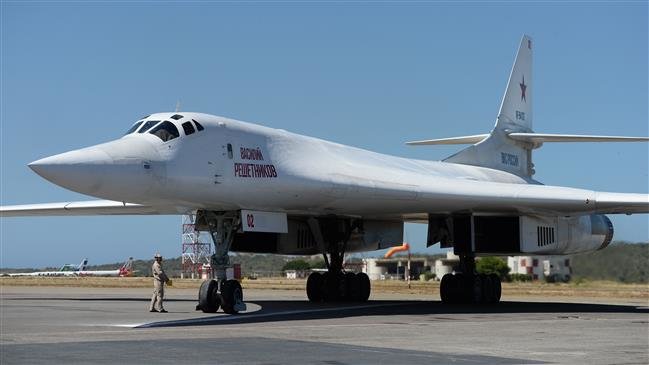 A pair of Russian Tu-160 bombers capable of carrying nuclear weapons landed in the Venezuelan capital, Caracas, on Monday following a 9,977-kilometer flight, which is said to be aimed at showcasing Moscow’s growing military prowess.

"The Russian and Venezuelan people should see this for what it is: two corrupt governments squandering public funds, and squelching liberty and freedom while their people suffer,” he said on Twitter.

"We consider it completely inappropriate,” Peskov told reporters on a conference call on Tuesday.

Russia is a major political ally of Venezuela, where the government of President Nicolas Maduro faces an acute economic and political crisis.

Hit by low oil prices and the impact of US sanctions, Maduro is seeking support from allies after winning a second presidential term this year.

Russia-US relations are currently at post-Cold War lows over Ukraine, the war in Syria, and allegations of Russian meddling in the 2016 US election. Russia is also opposed to the US and other NATO allies deploying their troops and weapons near its borders.