Why Iran Should Become a Member of the Shanghai Cooperation Organization?

TEHRAN (Basirat)- Due to many reasons, including membership of all neighboring countries of Iran in various security alliances and cooperation institutions, and because Iran is not a member of any effective regional institution, the membership of the Islamic Republic in this organization is an important strategic imperative. 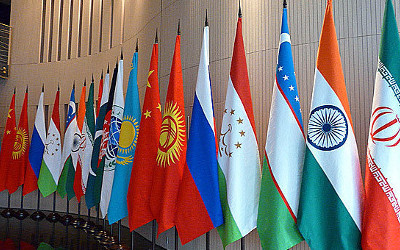 Due to many reasons, including membership of all neighboring countries of Iran in various security alliances and cooperation institutions, and because Iran is not a member of any effective regional institution, the membership of the Islamic Republic in this organization is an important strategic imperative.
By Dr. Jahangir Karami
Associate Professor of International Relation at the University of Tehran,
Member of the Scientific Council of Iran and Eurasia Research Center (IRAS)

The summit meeting of the member states of the Shanghai Cooperation Organization (SCO) is scheduled to be held in the Uzbekistan’s capital city of Tashkent on June 23-24, 2016. At present, Iran is only an observer member of this organization and submitted its request for full membership last year. Now that international sanctions against Iran have been removed and restrictions caused by resolutions adopted by the United Nations Security Council have been lifted, there is no important obstacle to Iran’s full membership in the organization. Since the Shanghai Cooperation Organization was established, the Islamic Republic of Iran has considered it as a positive and effective institution under regional and international conditions. As a result, by requesting to become an observer member in 2005 and then requesting full membership in 2008, which was repeated last year, Iran has been trying to play a more effective role in the region.

Due to many reasons, including membership of all neighboring countries of Iran in various security alliances and cooperation institutions, and because Iran is not a member of any effective regional institution, the membership of the Islamic Republic in this organization is an important strategic imperative. I by no means believe that Iran should necessarily look upon this institution as an alternative for relations with other governments and probably for a full-fledged and perfectionist oriental policy. However, I seriously believe that in its constructive interaction with the world, Iran’s foreign policy must put emphasis on forging balance and multilateralism, and should not limit its opportunities for interaction as was the case with three important Eastern powers: China, India and Russia. At the same time, however, I see the SCO as a middle way between being part of an alliance and not becoming a member of any international institution.

After an important part of the Western forces left Afghanistan, and due to subsequent concerns about increasing activity of the Taliban forces, the rise of Daesh terrorist group in Afghanistan and Central Asian countries, and increasing need of Russia, China, and governments in Central Asia to Iran’s effective role, it seems that the present juncture is a good opportunity to pay more attention to Iran’s membership in the SCO. On the other hand, following the conclusion of Iran’s nuclear negotiations with the West, the way has been paved for more international interactions by the Islamic Republic and this issue has been even effective in Iran’s relations with the member states of the SCO. In addition, attention must be paid to the new international approach to Iran in line with which, high-ranking officials from Russia, India, China, and European countries have paid official visits to Iran for the first time after a few decades.

Another issue is the situation in Russia, which has adopted more aggressive policies following the crisis in Ukraine and also over the eastward expansion of NATO, deployment of the West’s missile shield in Eastern Europe, and increased pressures from the West and Turkey. Moreover, China is feeling more threatened by the West as a result of which it has been adopting more confrontational policies. Under such tense conditions, there will be more opportunities for cooperation between these countries and Iran.

However, despite conditions, which have led to common concerns on the part of such countries as Russia, China, and Iran with regard to the structure of the international system, there is still another group of factors, which restricts practical possibility of establishing a power pole by the Shanghai Cooperation Organization, at least, for a predictable period of time. In general, it is natural for big countries to want to create balance and accumulate power. However, conditions under which this happens are not the same in different times. At present, there are common concerns among some global powers and there are signs of inclination toward a multipolar world, but there are obstacles and problems, which slow the march towards this end.

At the same time, the Shanghai Cooperation Organization can play a more effective role than before both at regional level and in Central Asia and South Asia. It seems that in spite of many problems that exist on the way of the emergence of a new power pole, there is possibility for modification and restriction of the United States’ behavior at regional and transregional levels. Therefore, formation and bolstering of such treaties as the Shanghai Cooperation Organization will pave the way for more purposive regional cooperation among major Asian countries and add to their bargaining power in global equations. However, this does not mean that this organization should be considered as an institution for convergence and a strategic alliance as of now.

The reality and developments in the SCO indicate that this organization is willing to change its functions from a regional organization focused on peaceful coexistence to a security union, and this willingness has been mostly reflected in remarks and statements of its member countries. However, issues related to statute of the organization and interactions among its member states show that there are practical barriers to the realization of this goal. Nonetheless, if the SCO wanted to follow suit with successful organizations and pursue clear common goals at a regional level and in a more technical and specialized way, it would be able to gradually and slowly move toward more farsighted goals in the long run. In doing this, it seems that the following facts should be taken into consideration:

A) In reality, temporary reactions shown by the organization will fail to solve the aforesaid problem, because necessary institutions have not been created for this purpose while there is no practical mechanism to solve the problem. The Shanghai Cooperation Organization must address common problems in a more serious way and in an institutional manner.

B) Attention to economic logic is very important when expanding organizations and previous successful examples of organizational expansion had their roots in successful economic and hegemonic models. At present, there is no hegemonic power among the member states of this organization. Russia is a military power while China is an economic powerhouse, but both of them lack necessary soft power potential to create norms and make other governments accept them. Meanwhile, there are also covert and overt rivalries among China, India and Russia.

C) Attention to the logic of horizontal and vertical spillover and gradual evolution of activities from a limited to an expanded level is very important.

D) Resolving bilateral issues between countries must be their foremost priority.

E) Attention to domestic development of member countries is very important. China, for example, can play an effective role in smaller countries such as the Central Asian states, while India and Iran also enjoy high potential to do this.

On the other hand, Iran's stabilizing and state-building role as well as its important experiences in helping regional peace, stability and security as well as in fighting terrorism during past decades, is a good opportunity for the SCO as it can boost capabilities of this organization over a vast geographical expanse from the Middle East to South Asia and Central Asia. Iran's geographical, cultural, economic and political capacities are such that it can boost capabilities and capacities of this organization for regional cooperation and convergence. In doing so, it can help revive the axis of Asian trade and cultural interactions and cooperation, which has been dormant since about two centuries ago.

At the same time, it must be noted that this organization is not a security and military union and it cannot be considered as an institution promoting regional convergence as well. However, if the current trend continued, it could play an important role in promoting regional convergence and facilitating realization of the Asian security initiative while offering the Islamic Republic of Iran with a strategic opportunity as well.

*IS Saudi Arabia Trying to Incite Russia against Iran?: http://www.iranreview.org/content/Documents/IS-Saudi-Arabia-Trying-to-Incite-Russia-against-Iran-.htm

*Russia, Crises in Syria and Ukraine, and the Future of the International System:http://www.iranreview.org/content/Documents/Russia-Crises-in-Syria-and-Ukraine-and-the-Future-of-the-International-System.htm