In a post on his Twitter account on Thursday, Zarif said the world must not forget the Srebrenica massacre, the worst mass killing in Europe since World War II.

In the message, the Iranian minister decried the massacre of over 8,000 Bosnian Muslims on the European soil as the worst atrocity on the continent since WWII.

“In this age of increasingly normalized anti-Muslim bigotry, such horrors MUST'NT be forgotten -not by Muslims, and not by Europeans,” he underlined. 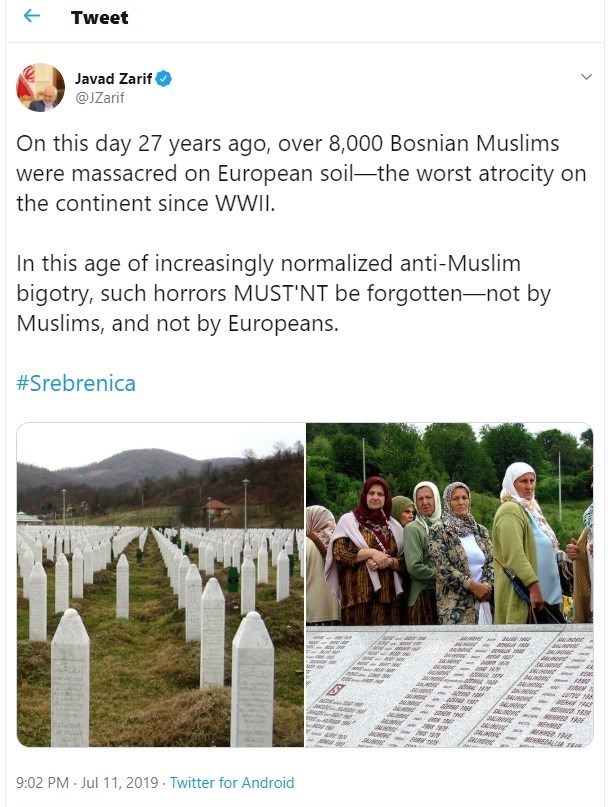 July 11 marked the 24th anniversary of the Srebrenica genocide, the worst atrocity on European soil after the world war.

More than 1,000 are still considered missing from the mass slaughter during the Bosnian civil war.

Many victims were ambushed along forest routes while fleeing Srebrenica in scorching heat without food or water. They were either shot on the spot, or taken to collective centers where they were executed and thrown into mass graves. 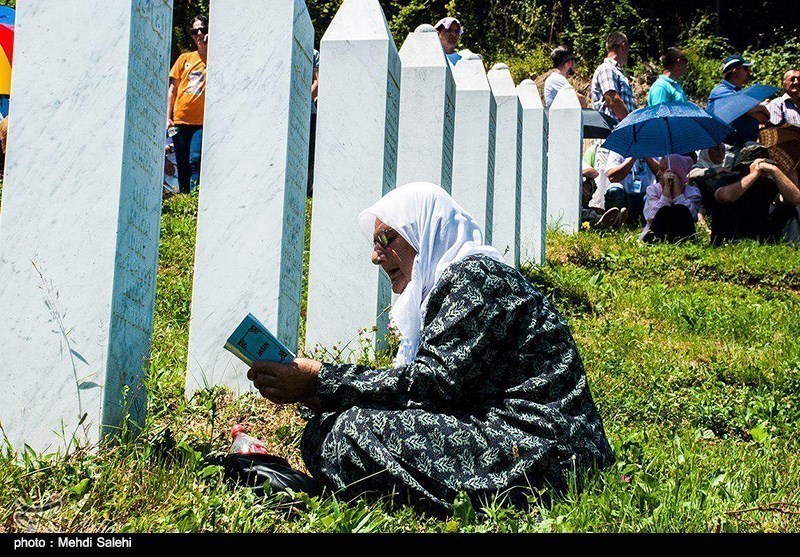 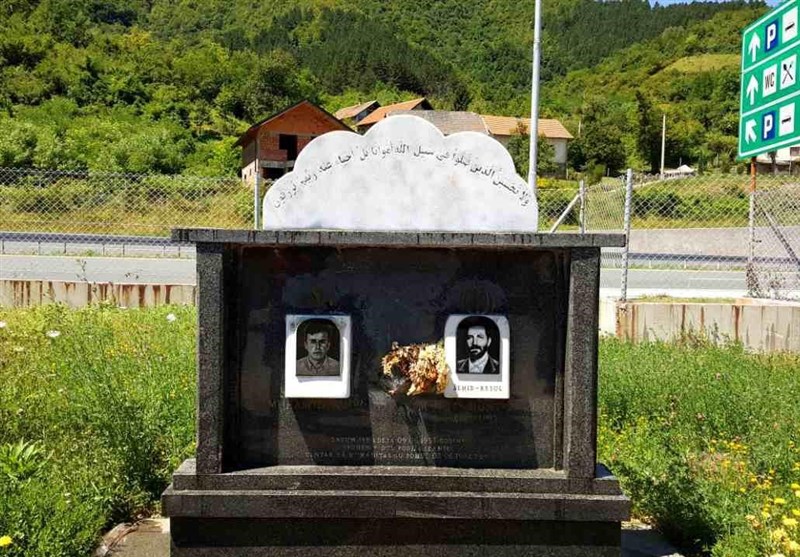 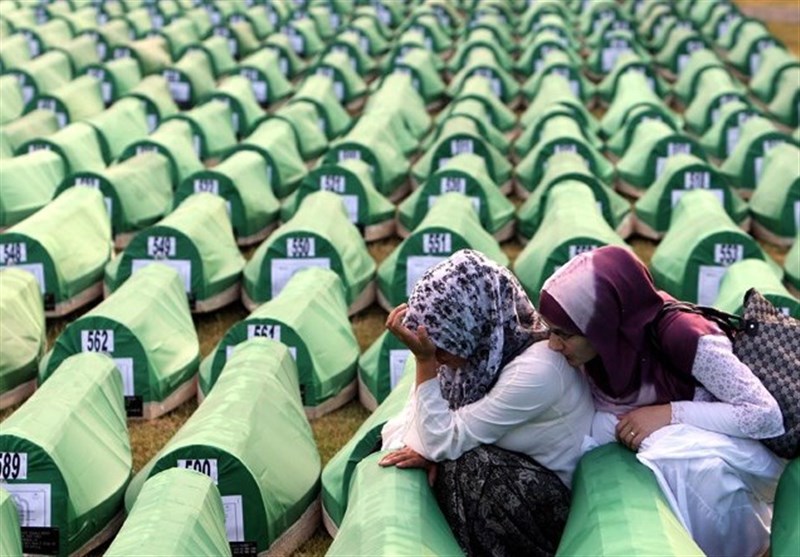