Tehran (Basirat) :The spokesman of Yemen’s Ansarallah Movement and his entourage met with Ayatollah Khamenei—the Leader of the Islamic Revolution— this afternoon August 13, 2019. 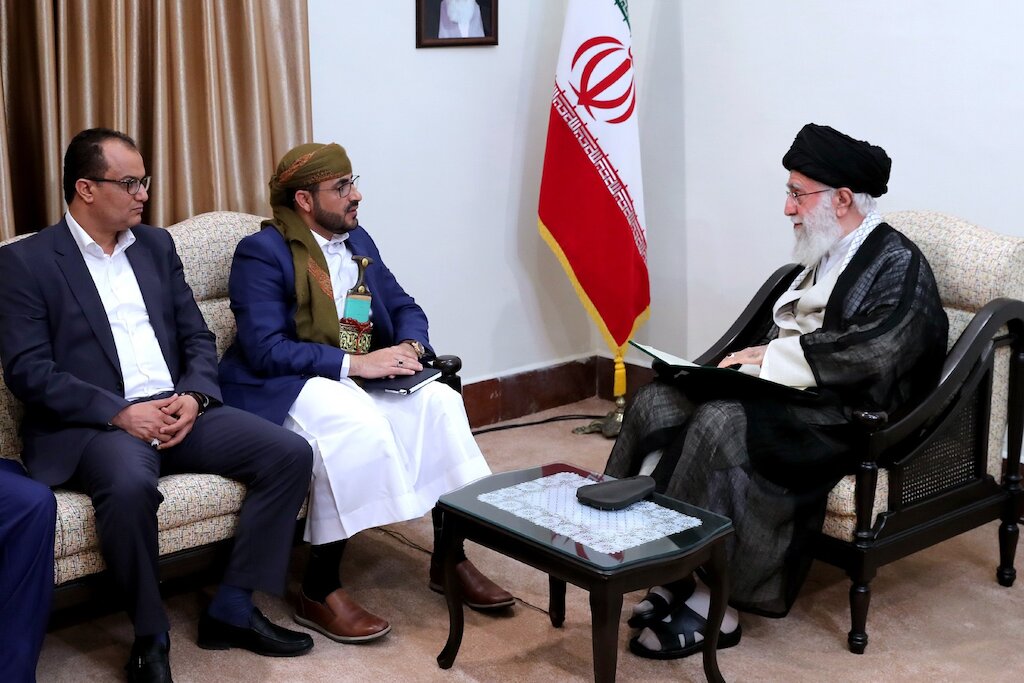 The following are the excerpts of the statements his eminence made at this meeting:
Saudi and UAE and their supporters have committed major crimes in Yemen and certainly won’t get their favorite results. They seek to divide Yemen this plot should be strongly resisted and a unified, coherent Yemen with sovereign integrity should be endorsed.
Given Yemen’s religious and ethnic diversity, protecting Yemen’s integrity requires domestic dialogues.
Yemen’s people—with their profound, historic civilization and spirit of mujahidah and resistance that they have displayed in the past 5 years—have a bright future ahead and by God’s grace will establish a strong government and will progress in its framework.
Saudis and their cohorts’ crimes in Yemen particularly on Eid Al-Adha present the realities of today’s world and bogus human rights activists.
The Western world’s indifference towards the crimes committed in Yemen is an example of the world of today’s realities; these criminal powers should be confronted with the power of faith, resistance, and relying on divine assistance and this is the only way.
The Islamic Republic’s anti-U.S. and anti-West stances are not out of fanaticism; rather, they’re based on realities, U.S. politicians’ and west’s actions, who fake a humane, civilized and ethical appearance while committing the worst crimes and talking about human rights.
I declare my support for the mujahidah of Yemen believing men and women and I ask you to convey my greetings to our dear and mujahid brother—Sayyed Abdel-Malik Badreddin— as well as the faithful and resistant nation of Yemen.
I convey my congratulations and condolences to the respected mujahid family of Badreddin on the martyrdom of Shahid Sayyid Ibrahim, Mr. Sayyid Abdel-Malik’s brother.