TEHRAN (Basirat) :Iran’s Foreign Ministry spokesperson rejected the claim made by the US secretary of state and an America senator that Iran has led Saturday drone strikes on Saudi oil installations, saying the allegation is part of Washington’s new policy of “maximum falsification”. 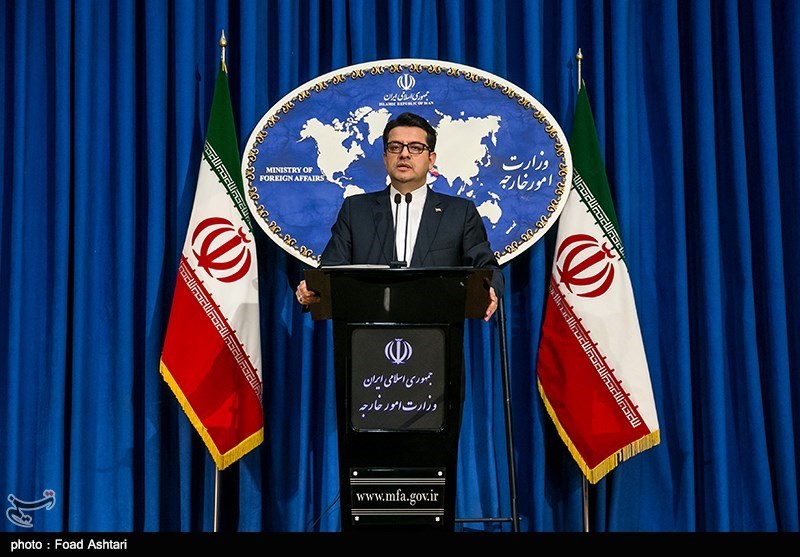 In a statement on Sunday, Abbas Mousavi dismissed the allegation raised by US Secretary of State Mike Pompeo and by Republican Senator Lindsay Graham against Iran after Yemeni drone attacks on Saudi company Aramco's oil processing facilities.
“The Saudi-led coalition has been fueling the flames of war in the region with recurrent acts of aggression against Yemen and committing various war crimes for around five years, while Yemenis have proved that they stand against war and aggression,” the spokesman said.
Mousavi also slammed Pompeo’s accusation against Iran as “blind and abortive comments that are obscure and meaningless within a diplomatic framework”.
“In international relations, even ‘hostility’ (should have) a minimum degree of credibility and logical frameworks, but the US officials have ignored even such minimum principles. Such (American) comments and measures are more akin to the plots hatched by secret and intelligence services for damaging the image of a state to prepare the ground for a series of (hostile) measures in future,” he deplored.
“The Americans have adopted a policy known as ‘maximum pressure’, but it has apparently turned into (the policy of) ‘maximum falsification’ in the wake of failures,” the Iranian diplomat added.
He reiterated that the only way to end the crisis in Yemen and establish calm in the region is to halt the Saudi-led coalition’s attacks and invasion, cut off the Western political and military support for the aggressors, and try to find political solutions.
The Yemeni forces on Saturday launched drone attacks on two plants at the heart of Saudi Arabia's oil industry, including the world's biggest petroleum processing facility.
Pompeo claimed later that there was no evidence the attacks came from Yemen.
“Tehran is behind nearly 100 attacks on Saudi Arabia while Rouhani and Zarif pretend to engage in diplomacy,” the US state secretary said in his Twitter account.