TEHRAN (Basirat) : The spokesman for Iran’s Judiciary praised the Islamic Revolution Guards Corps (IRGC) for busting Ruhollah Zam, the head of an anti-Iranian website and Telegram channel, and said following his arrest “invaluable” information has been obtained 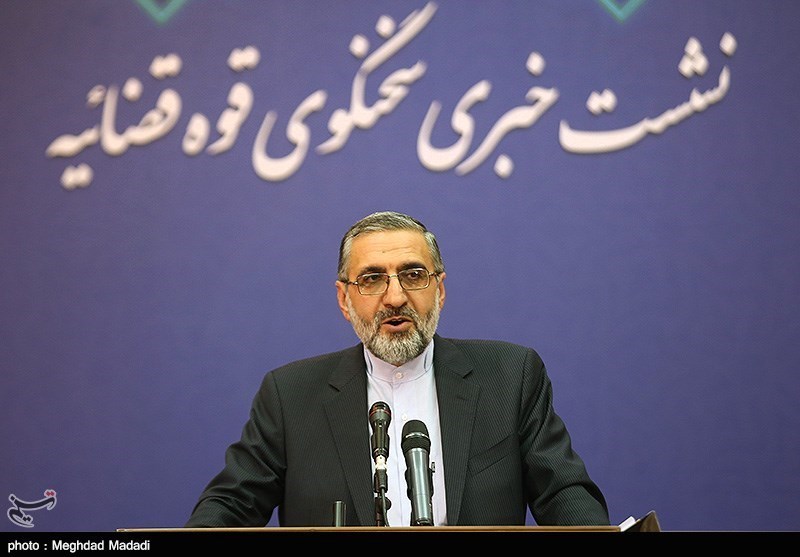 Speaking to reporters at a press conference in Tehran on Tuesday, Gholam Hossein Esmaeili expressed his gratitude to the IRGC’s Intelligence Organization for the “precision” operation to arrest the counter-revolutionary figure.
He further rejected claims that some government officials have been arrested due to their possible connection with Zam and said, “So far, no one in the administration, Judiciary, Armed Forces or elsewhere has been arrested…”
He further advised political groups “not to point a finger of blame at each other” for links with Zam, who was the admin of the website “www.amadnews.org” and Telegram channel “Amadnews”.
“Of course, we obtained invaluable information on this issue, but no new arrests have been made since Ruhollah Zam’s arrest,” the spokesman added.
Last week, the IRGC announced in a statement that in a “complicated” operation, it had managed to arrest the administrator of a website “directed and supported by France’s intelligence service”.
The IRGC emphasized that Zam had been running extensive psychological warfare in recent years with direct logistical support of foreign intelligence services and counter-revolutionary agents outside the country in order to sow discord inside Iran, stoke Iranophobia, disseminate lies, foment doubt among the younger generation about religious beliefs, prepare the ground for acts of violence and terror and create chaos and unrest inside the country.
“This evil mercenary element” was busted during a “sophisticated” intelligence operation, according to the IRGC statement.
“Despite being under the guidance of the French intelligence service and the support of the US and Zionist intelligence services…, and being guarded round the clock by various means and covers, he fell into a trap laid by… the IRGC’s Intelligence Organization,” the statement read.
Amadnews was suspended by the messaging app Telegram last year after Iran accused it of carrying calls for violence during protests that started in late 2017 and continued across the country. But the channel soon reappeared under a new name.