Tehran (Basirat) :Internet users, including Press TV’s followers on social media platforms, have reacted with shock and dismay to Google’s most recent attack against the Iranian news network. 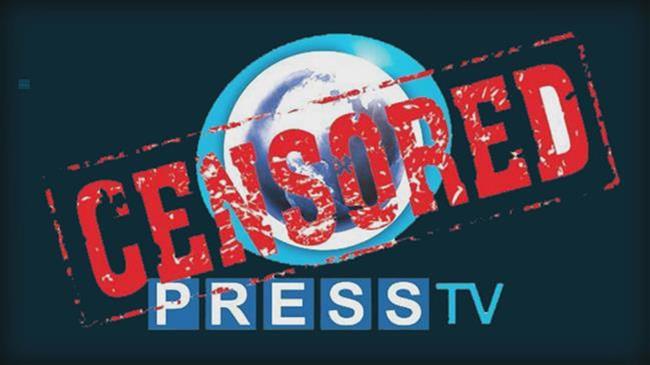 On Tuesday, the US tech giant blocked access to Press TV’s YouTube account for a fifth time since the network signed up with the video-sharing platform in 2009.
Google also hit Hispan TV, another Iranian news network, with a similar ban. Last time, Press TV and Hispan TV came under attack by the company in April.
On no occasion, though, has Google served the networks with any notification before pulling the plug on their services. Nor has it provided any clear explanation.
Soon after Press TV’s website carried the news on Google’s new ban, users created lengthy comment streams in the feedback section running below the story.
“The ugliest shame in press freedom [is] to silence the voice for voiceless,” said a user going by the name of “The Truth Hurt For Arrogants,” repeating Press TV’s slogan.
Patricia, another user, regretted that “the truth is too much for Google to handle,” while Truth is bitter expressed hope that “the truth shall prevail over falsehood.”
That's because PressTV is informing too many people of TRUTH. You know G00gle will shut that down.
— Rebel Savant (@RebelSavant) December 10, 2019
Another user also asked, “What Google is going to achieve by this move since Press TV has captured hearts and minds of millions of people around the world?”
The Resistance, meanwhile, proposed that Iran avert any future stonewalling by building an alternative indigenous database.
Press TV unveils the beta version of an indigenously-devised video-sharing platform after Google’s repeated attacks on Iranian media outlets.
Another user said Google was not a “multinational company,” adding, “It’s an extension of US government and it should be treated as such.”
“The puppets, no wonder Russia and China have their own intranet,” a user identifying as Zea Mays ‏commented on the Twitter post sharing the website’s report.
“This is what Corporate Cannibalism is all about! They are the most savage form of Colonial Savages!” one user said in a comment posted under the story.
“Google will never censor anything pro-Israel,” Abdul noted in a comment on Press TV’s website, while Tony Gosling tweeted, “Pro-Zionist BBC still available.”
REAL NEWS called Google a “mere appendage of American imperial power!” in a, and Sara said Google’s move against Press TV exposed the “fake” nature of the West’s alleged support for media freedom.