Iran vows total independence from foreigners in all fields

TEHRAN(Basirat) : The Chief Commander of the Islamic Revolutionary Guards Corps (IRGC) said that using domestic potentials, Iran will be able to cut dependency on other countries in any field. 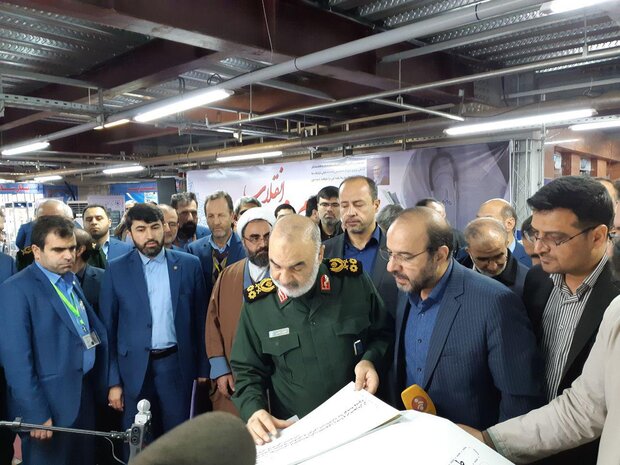 “We are committed to cut the country’s dependency on foreigners in all fields,” Major General Hossein Salami told reporters on Monday on the sidelines of visiting an exhibition dubbed ‘pioneers of the Islamic Revolution’s second step’ underway at Baqiyatallah University of Medical Sciences, Tehran.
“Sanctions against our country have targeted economy but also scientific, industrial and technological fields,” he added.
“Our invaluable experience suggests that in any field that we are under pressure by the world, we will achieve better growth; because we will be forced to use our domestic capabilities and tap into potentials of our youth.”
“What we saw here in the exhibition was positive and shining steps,” he praised, adding, “Although these are initial steps, no long path can be followed without taking the very first steps.”
Source:MNA
IRGC Commander Highlights Iran’s Success in Countering US Sanctions
IRGC Chief: Iran Turning Threats Into Opportunities
Tags: basirat ، IRGC ، General Hossein Salami ، Baqiyatallah University of Medical Sciences
Error Report
0