TEHRAN (Basirat) : A defense adviser to Leader of the Islamic Revolution Ayatollah Seyed Ali Khamenei said Iran’s response to the US assassination of IRGC Quds Force Commander General Qassem Soleimani will certainly be against military sites. 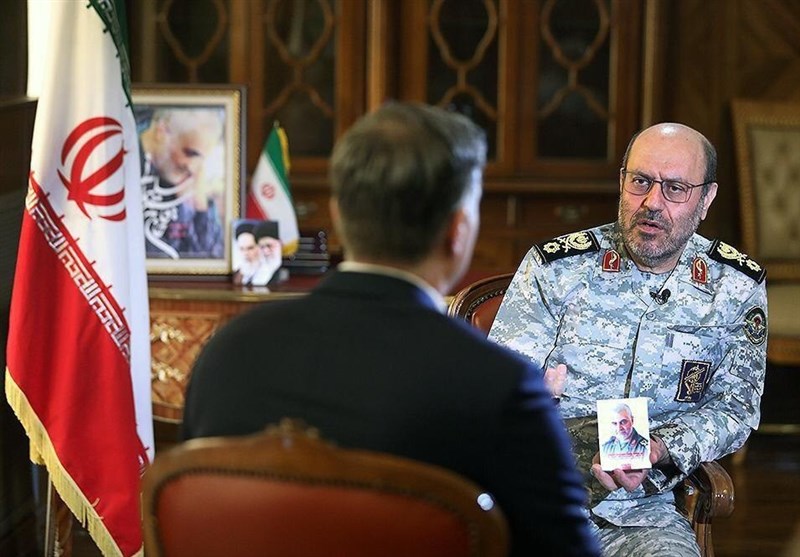 "The response for sure will be military and against military sites,” Brigadier General Hossein Dehqan told CNN on Sunday.
"Let me tell you one thing: Our leadership has officially announced that we have never been seeking war and we will not be seeking war," he said.
"It was America that has started the war. Therefore, they should accept appropriate reactions to their actions. The only thing that can end this period of war is for the Americans to receive a blow that is equal to the blow they have inflicted. Afterward they should not seek a new cycle."
US President Donald Trump said recenly on Twitter that if Tehran attacks American assets, the US will strike "very hard and very fast."
Dehqan described the tweets as "ridiculous and absurd."
"(Trump) doesn't know international law. He doesn't recognize UN resolutions either. Basically he is a veritable gangster and a gambler. He is no politician. He has no mental stability," the Iranian commander said.
Making reference to United National resolution 2347 which condemns the unlawful destruction of cultural heritage, Dehqan said, "If (Trump) wants to impose rule, logic and rationality over his decision he should accept that he is a war criminal and must be tried in a relevant court."
Asked what would happen if Trump were to carry out his threat to strike any of Iran's cultural sites, Dehqan said, "For sure no American military staff, no American political center, no American military base, no American vessel will be safe. And they are accessible to us."
General Soleimani, the deputy head of Iraq’s Hashd al-Sha'abi, and a number of their entourage were killed in a strike by American drones near Baghdad International Airport in the early hours of Friday.
The White House and the Pentagon confirmed the assassination of General Soleimani in Iraq, saying the attack was carried out at the direction of Trump.
In a message on Friday morning, Leader of the Islamic Revolution Ayatollah Seyed Ali Khamenei warned that harsh revenge awaits the criminals behind the martyrdom of General Soleimani.