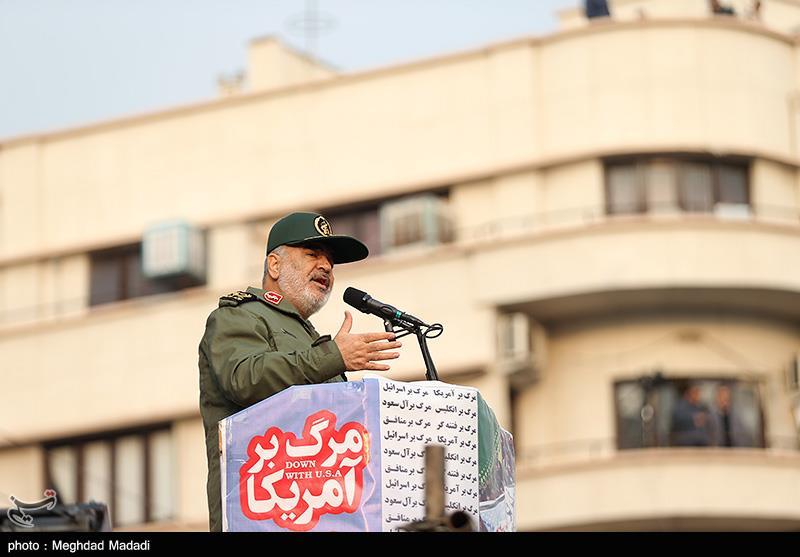 Addressing people at the burial of General Soleimani in Iran’s southern city of Kerman on Tuesday, the IRGC chief said, “I’d say the last word at the beginning: We will take revenge.”
Salami underlined that Iran will wreak harsh and decisive revenge against the US for the assassination of General Soleimani, in such a way that the enemy will regret its mistake.
He also said that the US forces will be soon expelled from the region.
General Soleimani, the deputy head of Iraq’s Hashd al-Sha’abi (PMU), and a number of their entourage were killed in a strike by American drones near Baghdad International Airport in the early hours of Friday.
The White House and the Pentagon confirmed the assassination of General Soleimani in Iraq, saying the attack was carried out at the direction of US President Donald Trump.