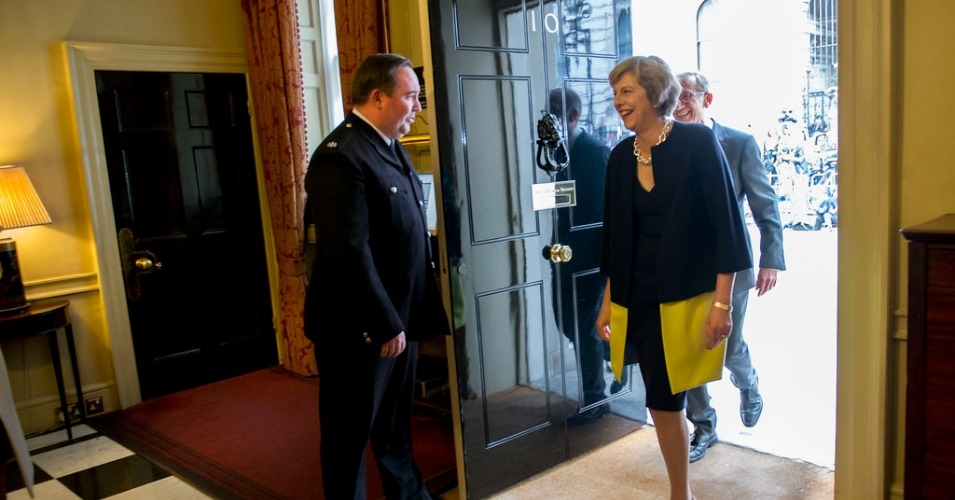 Less than a day after becoming the U.K.'s unelected leader, Prime Minister Theresa May closed the government's climate change office, a move instantly condemned as "shocking" and "plain stupid."

May shuttered the Department for Energy and Climate Change (DECC) on Thursday and moved responsibility for the environment to a new Department for Business, Energy & Industrial Strategy. The decision comes the same week as the U.K. government's own advisers warned in a report that the nation was not ready for the inevitable consequences of climate change, including deadly heat waves and food and water shortages.

"This is shocking news. Less than a day into the job and it appears that the new prime minister has already downgraded action to tackle climate change, one of the biggest threats we face," said Craig Bennett, CEO of the environmental group Friends of the Earth. "This week the government's own advisors warned of ever growing risks to our businesses, homes and food if we don't do more to cut fossil fuel pollution."

Bennett wrote in an op-ed for the Independent:

Now, with Theresa May in power, we are looking for a clear commitment to policies that will put the country on track to meeting out Climate Change Act goals and to delivering the Paris climate change Agreement to keep global temperature rises to 1.5 degrees. But there is no department directly responsible for this.

[....] Time is running out to avert catastrophic climate change and to halt the decline of nature. This is about protecting people as well as the planet we live on. There is no time to lose for the new prime minister in changing path—and, thanks to David Cameron, so much time has already been lost.

Caroline Lucas, the Green Party's sole Member of Parliament (MP) in the House of Commons, tweeted that the move was "a serious backwards step" and told the Independent, "The decision to shut down DECC is a deeply worrying move from Theresa May. Climate change is the biggest challenge we face, and it must not be an afterthought for the government."

May also made several controversial appointments to her new post-Brexit cabinet, including naming her one-time rival for prime minister, Andrea Leadsom, as Secretary of State for Environment, Food and Rural Affairs.

Leadsom in 2015 served as Minister for Energy at the Department of Energy and Climate Change, during which she reportedly asked officials whether climate change was real.

Environmental groups were distressed. Greenpeace executive director John Sauven said Thursday, "The voting record and affiliation with climate skeptics of key cabinet appointees are deeply worrying. They show a lack of understanding posed by climate change to the UK and the world."

"If we are to continue to have a key global role in environmental action, we need urgent reassurance from the new government that the hard won progress on climate and renewables targets, air pollution, and the protection of wildlife will not be sidelined or abandoned in the Brexit negotiations," Sauven said.

And it was not just the advocacy sector that slammed the decision.

Stephen Devlin, an environmental economist at the New Economics Foundation, released a press statement titled "We Can't Afford to Scrap DECC" wherein he described May's action as "a terrible move" and said it "signals a troubling de-prioritization of climate change by this government."

"This reshuffle risks dropping climate change from the policy agenda altogether—a staggering act of negligence for which we will all pay the price," Devlin said.