TEHRAN(Basirat): The US military might have triggered the coronavirus outbreak in the Chinese city of Wuhan – the epicenter of the virus epidemic – Beijing claimed on Thursday, widening the trade-centered war between the two nations to the territory of a biological attack. 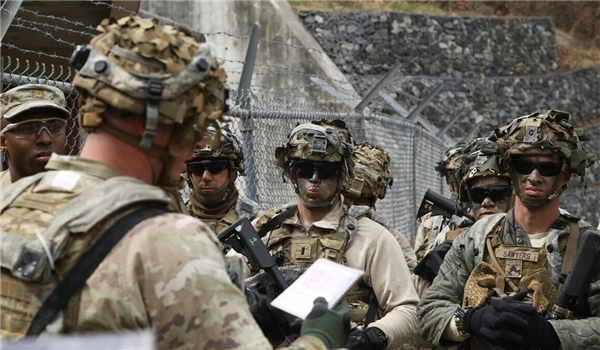 “When did patient zero begin in US? How many people are infected? What are the names of the hospitals? It might be the US army who brought the epidemic to Wuhan. Be transparent! Make public your data! The US owes us an explanation!” Chinese Foreign Ministry Spokesman Zhao Lijian wrote on his Twitter account.

Meantime, reports coming from the US said the coronavirus has already infected over 1,250 people and been found in about 45 US states. At least 38 people have died from the illness, as top health official Dr. Anthony Fauci warned that the sickness situation in the United States is "going to get worse".

Lijian had stated the origin of the coronavirus is yet to be determined.

"It is yet undetermined where the virus originated. Wherever its origin may be, China and all the other affected countries are victims faced with the challenge in containing its spread," Zhao noted days ago.

Rejecting Washington accusations of a cover-up of the outbreak in Wuhan in December, Chinese Foreign Minister Wang Yi also stated on Thursday US officials should focus on their own response to the pandemic rather than denigrating Beijing's efforts.

"This irresponsible and immoral behavior will not help to alleviate the situation with Covid-19 in the United States," the top diplomat emphasized.

The foreign minister noted that the Covid-19 pandemic is a common challenge for the world, adding, "We hope that at this special time, some US officials will focus on how to respond to the spread of the disease in their country, rather than trying to blame China.”

His comments responded to US National Security Advisor Robert O'Brien, who'd claimed on Wednesday that China had "cost the world community two months" and that it had exacerbated the global outbreak, allegedly by covering up the epidemic in its early stages.

On Monday, China condemned US Secretary of State Mike Pompeo for branding the COVID-19 as the "Wuhan virus", terming his remarks as "despicable behavior" and an attempt to stigmatize the country.

"Certain US politicians turning a blind eye to science and the decision of WHO have rushed to stigmatize China and Wuhan under the pretext of COVID-19. We condemn such despicable behavior," Geng said.

Pompeo last Friday repeatedly referred to the coronavirus as "Wuhan virus", pointing to the Chinese city where the virus first emerged in December last year and also blamed Beijing for not sharing enough information about the disease which put the US "behind the curve".

The US had made strenuous efforts to name the new coronavirus after China's Wuhan at the WHO before the world body branded it as COVID-19.

The US has been the origin of some worst types of flu that have wreaked havoc on the health of global citizens, but none has been branded after the country.

The WHO has declared the outbreak a pandemic. Globally, more than 4,600 people have died so far, and over 126,000 infected in more than 120 countries.

The Trump administration has opened a trade war on China since July, 2018 as the US is expecting a ravaging economic crisis this or the next year that some experts believe could be larger and more detrimental than the meltdown in 2008. As China is expected to overtake the US as the world's top economy in 2020s, speculations are on rise that the outbreak could be a new frontline in the US hybrid war on Beijing.