TEHRAN (Basirat)- Coordinated show of resistance executed in solidarity with those fighting against Dakota Access pipeline. 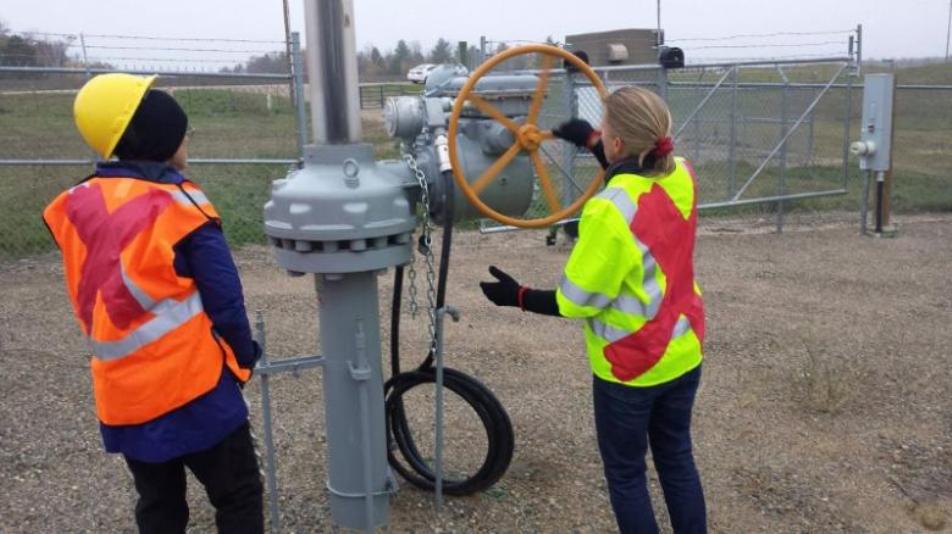 Coordinated show of resistance executed in solidarity with those fighting against Dakota Access pipeline.

Five activists shut down all the tar sands pipelines crossing the Canada-U.S. border Tuesday morning, in a bold, coordinated show of climate resistance amid the ongoing fight against the Dakota Access pipeline.

The activists, who planned the action to coincide with the International Days of Prayer and Action With Standing Rock, expressed feeling "duty bound to halt the extraction and combustion of fossil fuels...in the absence of any political leadership" to address the withering goal of keeping global temperature increase beneath the 2°C climate threshold.

"I have signed hundreds of petitions, testified at dozens of hearings, met with most of my political representatives at every level, to very little avail," said 64-year-old mother Annette Klapstein of Bainbridge Island, Washington, who was arrested just before publication. "I have come to believe that our current economic and political system is a death sentence to life on earth, and that I must do everything in my power to replace these systems with cooperative, just, equitable and love-centered ways of living together. This is my act of love."

Fifty-nine-year-old Ken Ward of Corbette, Oregon, who was also arrested, said, "There is no plan of action, policy or strategy being advanced now by any political leader or environmental organization playing by the rules that does anything but acquiesce to ruin. Our only hope is to step outside polite conversation and put our bodies in the way. We must shut it down, starting with the most immediate threats—oil sands fuels and coal."

The action comes two days after a U.S. federal court of appeals lifted an injunction on the Dakota Access project, to the dismay of the Indigenous water protectors and their supporters across the U.S. and Canada.

"Because of the climate change emergency, because governments and corporations have for decades increased fossil fuel extraction and carbon emissions when instead we must dramatically reduce carbon emissions; I am committed to the moral necessity of participating in nonviolent direct action to protect life," added activist Leonard Higgins, 64, from Eugene, Oregon.

The activists are all members of the group Climate Direct Action, which is providing live updates on the coordinated shut-downs on its website and Facebook page. Others shared statements in support, as well as images and videos of the actions on social media with the hashtag #shutitdown.

Tim DeChristopher's Climate Disobedience Action Fund is also supporting the action and has set up a legal fund for the activists' defense.