US Seeks ‘Balkanization’ of the Middle East After Daesh

TEHRAN(Basirat)-According to Shakdam, Daesh became dangerous after being provided with weapons and military training by powerful forces using the violent extremists to propagate a specific agenda in the Middle East. 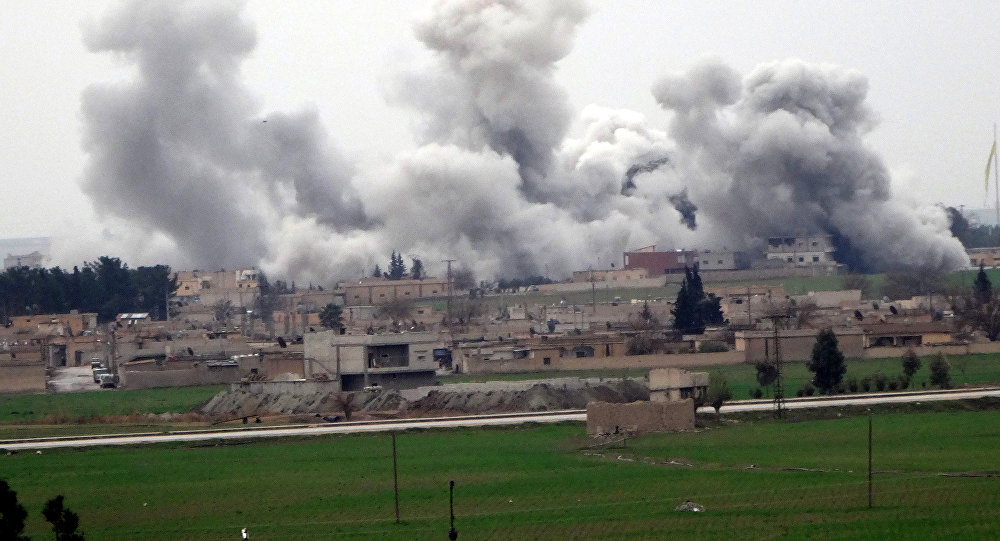 According to Shakdam, Daesh became dangerous after being provided with weapons and military training by powerful forces using the violent extremists to propagate a specific agenda in the Middle East.
sputniknews.com reports:
"We need to understand that Daesh is an enemy which has been used and actually exploited by colonial powers to fragment, destabilize and weaken countries such as Iraq and Syria, because they have been seen by people in Washington, in London, in Paris, as being strategically important for their own geopolitical investment," Shakdam said.

"In a sense Washington has used terror, but it's trying to use terror in a way which is manageable, and so it doesn't want to allow terror to become too prominent in the region and take too much space," she suggested.

The US seeks to make Middle Eastern countries dependent on its military, creating situations in which nations become desperate for assistance and request Washington's intervention, thereby allowing the US pursue its geopolitical strategies.

Terror by third-party actors has been useful for the US and other western countries, using it as a pretext to intervene in nations with strategically important resources in the Middle East and Asia.

"War makes money, and it's allowing for the US to protect this sense of power, and its enabling [the US] to shut down other issues that they do not want to deal with, for example, civil liberties at home, by forcing the public to look upon the Middle East and say: ‘You know, we are right now concentrating on this, we can't really deal with human rights issue or even the economy, so we are going to do this now and you have to back us because the threat of terror is so great, and you just have to agree with us, no matter what,'" she said.

Shakdam noted that the US does, in fact, seek to end the practice of terrorism, but pointed out that the military-industrial-surveillance architecture in Washington has found terror to be a very useful, and profitable, weapon of geopolitical influence.

Pushing Daesh out of Mosul would play directly to the US, she opined, as the terrorists will then enter Syria, where Americans have a clear goal of eliminating the Bashar al-Assad government.

America's ultimate goal in the Middle East appears to be a form of economic colonization, Shakdam offered, but Washington is not a powerful enough player in the region to accomplish this alone. Saudi Arabia pursues its own political agenda, separate from that of America, and curiously, Daesh ideology is the state religion of Saudi Arabia, taken to the extreme, she remarked.

Shakdam suggested that nation-states in the Middle East would benefit from reclaiming the right to religious freedom and political self-determination. This cultural reclamation is happening right now in Yemen, as the populace has realized that they can stand together against Saudi Arabia and its Western-bought weapons.