TEHRAN (Basirat)- Today, France began a tribute to all the victims of the terror attacks that took place in the country on November 13, 2015. In an interview with Sputnik France, Le Monde's correspondent Daniel Psenny, who was the first to shoot a video of the wounded fleeing Bataclan concert hall, recalled the terrible events of that night. 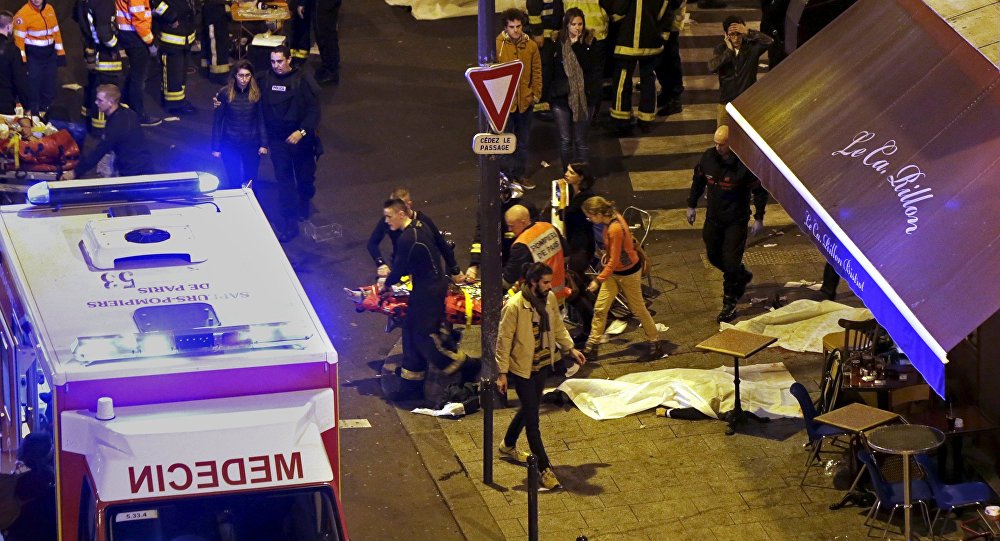 Today, France began a tribute to all the victims of the terror attacks that took place in the country on November 13, 2015. In an interview with Sputnik France, Le Monde's correspondent Daniel Psenny, who was the first to shoot a video of the wounded fleeing Bataclan concert hall, recalled the terrible events of that night.

The wave of Daesh-perpetrated and inspired attacks started in November, when extremists attacked several venues across Paris, killing 130 people and injuring over 350 at restaurants, the Bataclan concert hall and in the vicinity of the Stade de France stadium.

Psenny was at home when he heard some strange and loud sounds coming from the street.

It was 21:40 when I heard a sound resembling the popping of firecrackers. I did not realize what was happening. I opened the window and saw people falling to the ground, chaos, screams, fear, many dead and wounded. And I realized that something terrible was happening. I phoned the editorial office to inform them, and they told me about the other attacks in Paris. Then I decided to shoot a documentary to register the events, although I didn't actually know what was happening," the journalist told Sputnik France.

Psenny learned later that the terrorists seized hostages and then killed many of them. But at the time of the attack he didn't know anything and left his home to see what was going on outside. He saw many wounded and dead people lying on the streets, approached an injured man who was still alive and tried to help him, but then was himself shot by a terrorist.

"It was tough. I was very badly injured, and the man whom I tried to help was injured even worse. I called a neighbor on the third floor, he came to us, and we stayed locked for three hours in my apartment. Then the police and the rescue team arrived. […] There were many wounded, the blood was flowing everywhere and we were told afterwards if they wouldn't have come immediately many would have died. It was very hard," the journalist said.

According to Psenny, the terror attacks in Paris divided life in France into "before" and "after." Until November 13, people lived a careless, easy life, but now the fear is being felt everywhere, he said.

Right after the attacks, the French authorities introduced a state of emergency in the country, which is still in place. Whether will somehow help to prevent future terrorist attacks, is questionable.

"I don't know whether the state of emergency is effective or not. But it is unlikely to prevent a terrorist attack, if it is destined to happen, because in Paris it is difficult to keep track of everything," Psenny told Sputnik France.

A similar opinion has been expressed by François-Bernard Huyghe, analyst and researcher at Institute of Strategic and International Studies (IRIS). According to the expert, the state of emergency introduced in the country won't help prevent the terrorist attacks in the future.

"For someone who decides to kill another person, and then die, all this does not make any difference," the expert told Sputnik France.

"In terms of efficiency, it has not prevented a terrible terrorist attack in Nice," Huyghe said. "I think this state of emergency was, first of all, introduced in order to reassure the population and show that the authorities are undertaking some measures," the expert concluded.