Leader: Iran ready for any ‘likely incident” under Trump

TEHRAN (Basirat)- Leader of the Islamic Revolution Ayatollah Seyyed Ali Khamenei said on Wednesday Iran is prepared to encounter any conceivable scenario depicted by the incoming U.S. administration, saying it would make no difference who would take office in the country. 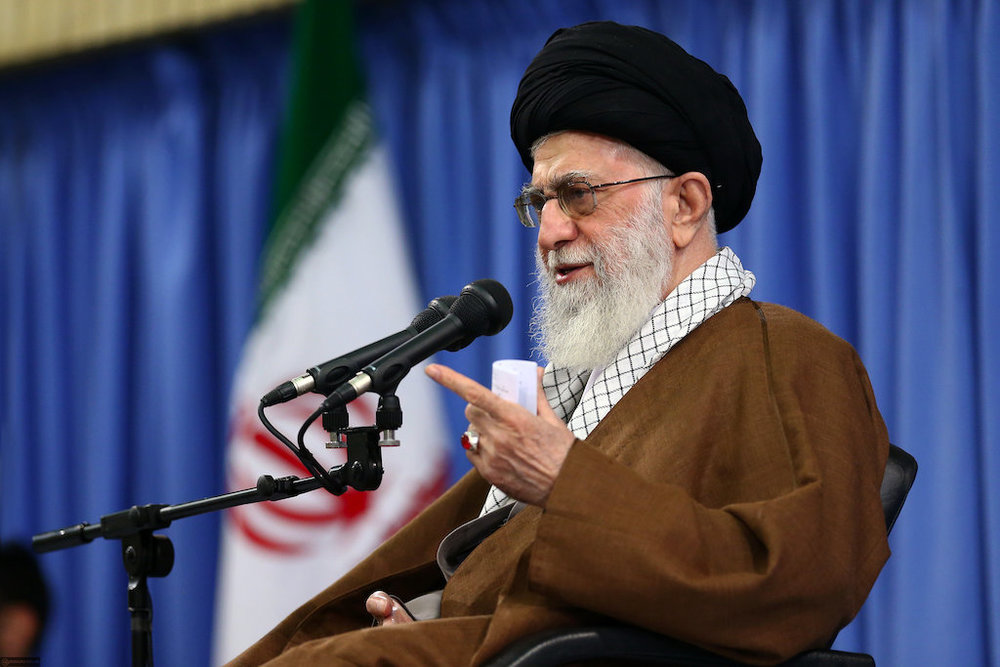 Leader of the Islamic Revolution Ayatollah Seyyed Ali Khamenei said on Wednesday Iran is prepared to encounter any conceivable scenario depicted by the incoming U.S. administration, saying it would make no difference who would take office in the country.

The Leader made the remarks one week after Donald Trump was announced the 45th U.S. president.

Trump had raised the prospect of pulling out of the nuclear deal reached in July 2015 between Iran and six world powers, including the U.S.

"Unlike some of those in the world who have either been bemoaning or celebrating the results of the American elections, we are neither bemoaning nor celebrating because the results make no difference to us. Nor do we have worries, and by the grace of God, we are ready to encounter any likely incident,” the Leader asserted while addressing thousands of people.

The no-difference stance on the U.S. presidential seat makes more sense once seen through a historical lens.

The Leader noted as of the 1979 revolution, Washington, regardless of who was president, has been hostile to the Iranian nation.

"We have no judgment about this election (the U.S. presidential election) because America is the same America, and over the past 37 years either of the two parties which has been in office not only has done no good (to the Iranian nation), but has always been an evil to the Iranian nation.”

Ayatollah Khamenei also rapped the U.S. for its policies in the Middles East and wars it has waged against regional countries.

"In recent years, the U.S. has spent its people’s money on dishonorable wars, whose result is the massacre of tens of thousands of civilians and destruction of infrastructures in Afghanistan, Iraq, Libya, Syria, and Yemen,” the Leader stated.

Downgrading the importance of the U.S. presidential elections, he brought to the fore a unified Iran, saying focus should be on addressing current and future challenges of the country.

"The issue we should focus on now is to find a way to overcome the country’s current and future problems, and the only way is to preserve and promote the internal strength of the establishment.”

Achieving the goal demands a "revolutionary spirit,” the Leader asserted.