Majority of American Citizens Believes Country More Divided Than Ever

TEHRAN (Basirat)- 85 percent of Americans said that the United States was deeply divided, according to a new poll. 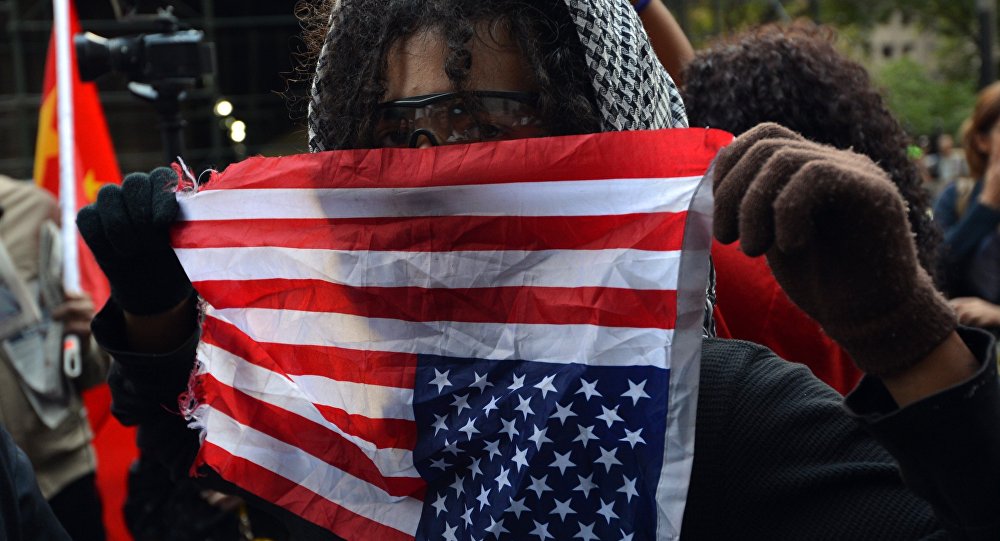 85 percent of Americans said that the United States was deeply divided, according to a new poll.

More than 80 percent of Americans believe that the United States is divided more than it used to be in the past several years, a new poll showed on Sunday.

According to the CNN/ORC (Opinion Research Corporation) poll issued on Sunday, 85 percent of respondents said the country was deeply divided.

The poll has also revealed that more than half of Americans were not satisfied with the way democracy was working in the United States.

Donald Trump's victory in the US 2016 presidential elections has provoked protests in different US states and major cities. Trump received more electoral votes than his Democratic opponent Hillary Clinton, but she surpassed him in the popular vote.