TEHRAN (Basirat)- Iran should inform other parties about its decision. As the first step, it can suspend the voluntary implementation of the Additional Protocol, then the Islamic Republic, due to the failure of other parties to honor their commitments, can resume its peaceful nuclear program under the supervision of the International Atomic Energy Agency (IAEA) and increase its uranium enrichment capacity to 190,000 SUW (separative work units) within two years.
Basirat Center for Political Studies has interviewed a number of senior Iranian lawmakers to ask for their take on Iran’s potential response in case of any violation of the Joint Comprehensive Plan of Action (JCPOA), the July 2015 nuclear deal between Tehran and world powers, following the extension of Iran Sanctions Act (ISA) by the US.

The following is the full text of the interviews.

Q: As you know, a legislation known as "Proportionate and Reciprocal Action Law” was ratified in October 2015 by Iran’s parliament to mandate government action against potential violations of the nuclear deal. Would you give us more explanations on this and tell us what expectations the parliament has of the government now that the US House of 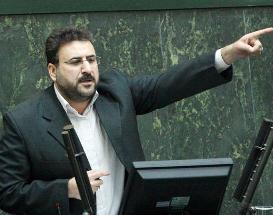 Representatives has passed a bill for a 10-year extension of the ISA?

A: The JCPOA has three key aspects: 1) inspections of and modifications in Iran’s nuclear program 2) Iran’s nuclear right and 3) removal of sanctions.

If other parties to the deal fail to fulfil their obligations with respect to the three aspects, then Iran can take necessary measures accordingly.

A: Firstly, Iran should inform other parties about its decision. As the first step, it can suspend the voluntary implementation of the Additional Protocol, then the Islamic Republic, due to the failure of other parties to honor their commitments, can resume its peaceful nuclear program under the supervision of the International Atomic Energy Agency (IAEA) and increase its uranium enrichment capacity to 190,000 SUW (separative work units) within two years.
Naqavi Hosseini

Q: Why did the parliament approve the Proportionate and Reciprocal Action law?

A: Under article 3 of Parliament’s Proportionate and Reciprocal Action Law, the government is obliged to take required measures in case any violations of the JCPOA, but only under 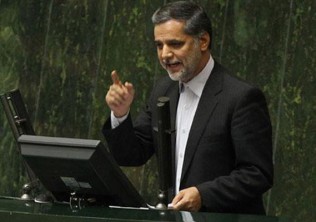 the supervision and framework of the Supreme National Security Council (SNSC) and a supervisory committee tasked with monitoring the implementation of the agreement.
The Islamic Republic assumes that the US, by such a hostile move, is trying to place Iran in a confrontational positon to push Tehran to be the first to stop implementing the JCPOA so that they (Americans) can rally the world against us. But Iran will be never fooled by their plots and will take timely and appropriate action.

Suspension of the voluntary implementation of the Additional Protocol as well as other options could be Iran’s response to any violations of the deal.

In a statement read out recently at the Iranian parliament, 264 lawmakers pointed to two separate votes at the United States House of Representatives in favor of anti-Iran bills and said they will be closely monitoring the House of Representatives and members of the US Congress in general for any potential move that would result in the violation of the deal. We also called on the government to take reciprocal action.

Pour-Mokhtar
Q: Some believe that the ratification of the Proportionate and Reciprocal Action Law against any potential breach of the JCPOA is just a bluff. What is your response to that? 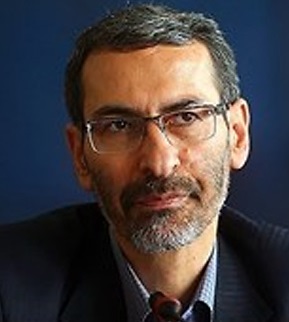 A: The Islamic Republic of Iran has proved that it, unlike westerners and Americans, always keeps its vows and does not need to bluff with respect to even minor subjects, let alone the JCPOA which is a fundamental and crucial issue. Perhaps the government wants to resolve this issue through diplomatic means, but it will anyway stand by the Iranian nation, parliament and the Leader if it reaches a conclusion on the problem with the US.

We proved it to the world that we are capable of enriching uranium. We succeeded in producing IR8 machines and even commercializing them; this is not simple. We can easily mass produce these machines and we no longer need their IR1. So we can enrich up to 190,000 SUW in a short period of time. Therefore, enrichment could be Iran’s first response to any violation. Resumption of widespread research activities with the help of the country’s skilled scientists could be Iran’s second reaction to the breach. Iran can also move towards revival of Arak heavy water and reach even higher levels.

Moreover, the Islamic Republic can refuse to sell its excess heavy water and keep it for its own enrichment activities.

Therefore, if the bill by the US Congress gets the final approval, President Obama signs it into a law and the Europeans also back it, then the Iranian parliament will push the government to resume enrichment and nuclear activities. 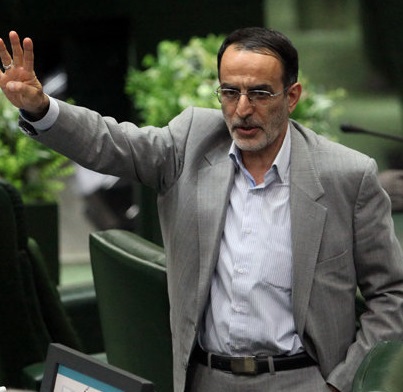 Q: What will be the Iranian parliament’s reaction to the potential implementation of the ISA?

Furthermore, over 50 Iranian lawmakers signed a bill recently to designate Dec. 31, the day which the ISA will expire, as the day of Resistance Economy (Day of JCPOA Violation).