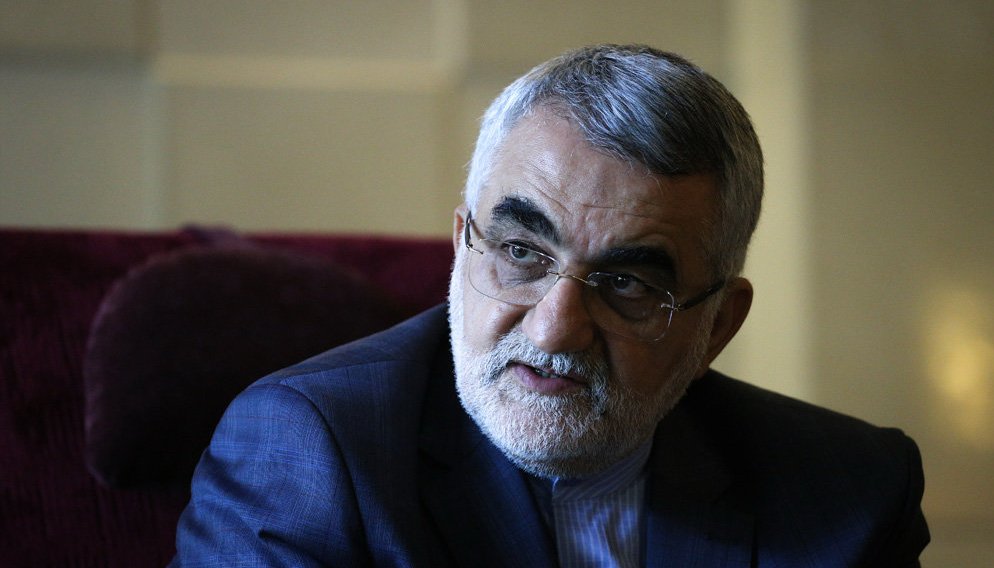 During the [Persian] Gulf Cooperation Council’s annual summit in the Bahraini capital Manama on Wednesday, May said she was "clear-eyed” about what she called "the threat” Iran poses to the region.

May had also stressed England would help the council "push back” against what she branded Iran’s "aggressive regional actions.”
"The remarks by England’s prime minister have nothing to do with the realities of the Islamic Republic of Iran, and testify to England’s divisive policy,” said Boroujerdi in a televised program.
Boroujerdi further saw the comments unfitting for ambassadorial-level relations between to Tehran and London, threatening to re-downgrade relations.
"If England presses ahead with such policy towards the Islamic Republic of Iran, the Majlis (parliament) will once again take action to downgrade relations.”
The remarks had already drawn strong condemnation from Iran’s Foreign Ministry which considers the remarks motivated by England’s efforts to win further lucrative arms deals with Arab countries.
An ominous development
Over the past five years, bilateral ties between Iran and England have seen both low and high points, yet on a sluggishly improving track.
In what was a low point in diplomacy between the two countries in November 2011, the Iranian Parliament voted to expel the British ambassador and reduce diplomatic relations with the country in retaliation for its new sanctions against Iran.
Following the vote, England’s embassy compound in Tehran was raided by protestors who were demanding that the British ambassador be sent home immediately.
England retaliated against the move, ordering Iran’s embassy in London to be closed, with its staff given 48 hours to leave.
The two countries resumed their ties in 2015 by assigning chargés d’affaires, partially influenced by the prospect of a successful nuclear deal with Iran.
The deal was announced in July 2015 as foreign ministers of Iran, the U.S., Russia, China, England, Germany, and France posed victoriously for cameras in Vienna on July 14, signaling a thaw in ties with between Iran and the West.
One month later, Foreign Secretary Philip Hammond took a formal visit to Iran, re-opening the British Embassy.
"Today's ceremony marks the end of one phase in the relationship between our two countries and the start of a new one - one that I believe offers the promise of better," he said during an appearance at the embassy.
In September 2016, Iran and the United Kingdom restored relations to the highest level by assigning and dispatching their ambassadors to the other country each.
Hamid Baeidinejad, a key figure in the Iranian nuclear negotiating team, and Nicholas Hopton, a Middle East specialist, represent their countries in London and Tehran now, respectively.
Theresa May’s remarks come in stark contrast with Hopton’s hope for greater confidence between Iran and England.
"For me as the ambassador it’s a priority to try and establish greater trust to build more cooperation…” he told the Tehran Times in an exclusive interview in October.
Error Report
0