TEHRAN (Basirat)— A member of US Working Group for Peace and Demilitarization in Asia and the Pacific described the South Korean government as a “US satellite state”, noting that the East Asian state can become independent only when the US withdraws its troops from the country. 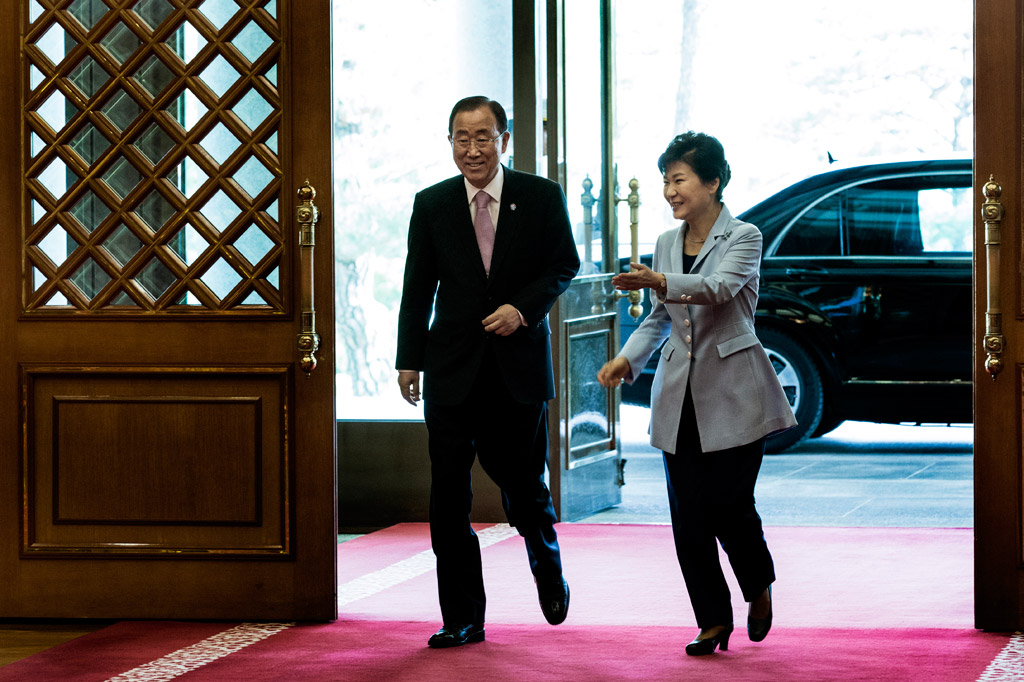 A member of US Working Group for Peace and Demilitarization in Asia and the Pacific described the South Korean government as a "US satellite state”, noting that the East Asian state can become independent only when the US withdraws its troops from the country.

"…South Korea is a US satellite state,” Hyun Lee told the Basirat news and analysis website.

"Despite Park Geun-hye’s crisis of legitimacy, her government recently signed a highly controversial military intel agreement with Japan. This would not have been possible without pressure from the United States, which considers cooperation between the two historic adversaries vital to its own interests,” he added.

"South Korea can only truly become independent when the United States withdraws its troops.”

Q: As you know, lawyers for South Korea’s suspended president Park Geun-hye said on December 16 that a parliament vote to impeach her has no legal foundation and the country’s constitutional court should restore her powers. She has currently been stripped of her presidential powers but keeps her title and her official residence. Why does not she relinquish power and leave the Blue House? Is there enough evidence against her?

A: Amazingly, the president still refuses to step down. The National Assembly voted to impeach her, but the Constitutional Court has up to 180 days to rule on the legislature’s decision, so it may be a few months yet before we see the end of Park Geun-hye. Everyone knows that her days are numbered, yet she refuses to step down because she knows stepping down will lead to her immediate arrest in connection to charges of her involvement in the corruption scandal. As long as she remains in the Blue House, she is immune from prosecution. She will try to remain in the Blue House until at least the end of March when the special prosecutor’s investigative mandate on the corruption scandal ends. But the mass movement will press the Constitutional Court to deliver a speedy ruling.

The impeachment vote was the result of a united front between the opposition parties and a section of the conservative Saenuri party, which has basically isolated the president. And it would not have been possible without pressure from the mass movement, which is the culmination of pent-up frustration after years of Park’s neo-authoritarian rule.

Many around the world think of South Korea as a modern democracy, but many in South Korea feel Park’s rule was reminiscent of the autocratic style of her father and former military dictator Park Chung-hee. She dissolved the opposition Unified Progressive Party; jailed opposition lawmaker Lee Seok-ki and the president of the Korean Confederation of Trade Unions Han Sang-kyun; introduced labor market reforms that would make it easy for corporate employers to terminate workers and increase labor precariousness; shut down investigation of the Sewol tragedy; introduced a state-authored history textbook that whitewashes the criminal past of her dictator father. And the list goes on.

Contrary to western media portrayal, the mass protests of millions that we saw in recent weeks are not merely a spontaneous reaction to the sensational scandal involving the president’s shamanist confidante. At the center of these protests is a united front of workers, farmers, the urban poor and students who had been fighting against Park’s anti-democratic policies for many years.

Q: The president came to office with the slogan of fighting corruption. How successful was she?

A: The amount of government corruption that has been revealed just in the past six weeks surpasses what had been imagined even by the president’s fiercest critics. The president’s close friend and confidante Choi Soon-sil used her personal connection with the president to bribe South Korea’s largest conglomerates, including Samsung, Hyundai and LG in exchange for political favors. Recent evidence (a diary left behind by a deceased senior Blue House secretary) also suggests that the president’s former chief of staff wielded undue influence in all branches of the government— including, for example, having illicit contact with the chief justice of the Constitutional Court while it was deliberating to dissolve the opposition Unified Progressive Party back in 2014.

Q: South Koreans will have 60 days to choose her successor, but given the rank of top contenders, it is no walk in the park. Who do you think would be a good replacement for this person? What approach would he or she take toward the West?

A: After the Constitutional Court ruled in favor of impeachment and Park steps down, a new presidential election must be held within two months.

The opposition parties will need to come together around a unified candidate - mostly likely either Moon Jae-in (former chair of the Minjoo party) or Lee Jae-myung (outspoken critic of Park Geun-hye and popular mayor, who catapulted to being a leading presidential contender through the mass protests).

If Ban Ki-moon becomes the next president, we all know what his tendency will be towards the West. In fact, this is most likely the scenario that the pro-US-ROK alliance forces (in both the United States and South Korea) want.

The opposition candidate may want to chart an independent course for South Korea (similar to former President Roh Moo-hyun), but the opposition parties are timid when it comes to opposing the US-ROK alliance and as long as U.S. forces remain in Korea, it is hard for even an opposition party president to stand up to the U.S. (Case in point: the Korea-US Free Trade Agreement was signed under Roh’s presidency.)

The other political force that is now a formidable one and a potential game-changer is the mass movement that brought out millions and made the impeachment vote possible through direct action. Currently there is no political party that truly represents the interests of the workers, farmers and the urban poor who make up the majority of this movement (partly because Park Geun-hye dissolved it); and this movement has no identifiable leadership (partly because Park jailed them all).

Both the conservative and the neoliberal democratic forces will try to co-opt and absorb sections of the mass movement, but it is also highly possible for a new people-centered democratic party to emerge from the mass movement. And this time, it will not be easy for the ruling forces, whoever it may be, to dissolve it. A new party of the people, borne out of the mass movement, could play a decisive role in determining the outcome of the next election.

Q: Do you believe that South Korea is an independent country? if not, how can it become a more sovereign state?

A: South Korea was established when the United States installed US-educated Syngman Rhee, who massacred thousands suspected of having communist leanings and carried out through force a separate election in the South— squashing the desire of the majority of the people who wanted a unified and independent Korea after the country’s liberation from Japan. The United States still maintains 28,000 troops there and considers it a critical outpost in an area that is vital to its geopolitical and economic interests. South Korea is a US satellite state.

Despite Park Geun-hye’s crisis of legitimacy, her government recently signed a highly controversial military intel agreement with Japan. This would not have been possible without pressure from the United States, which considers cooperation between the two historic adversaries vital to its own interests.

In the midst of South Korea’s political crisis, the United States is also pushing full speed ahead its plan to deploy the US Terminal High Altitude Area Defense (THAAD) missile defense system in South Korea.

South Korea can only truly become independent when the United States withdraws its troops— which, ironically, may not be out of the question under the presidency of Trump, who appears to prefer a transactional approach to foreign policy and has already questioned the value of maintaining US troops in Korea.