US Policy in ME Unveiled during Trump, Abadi Talks

TEHRAN(Basirat):Iraqi Prime Minister Haidar Abadi’s visit to Washington, and his talks with US president Donald Trump have shed light over the US policy towards the region generally, and Iraq specifically; though it is still early to predict the exact policy details Trump would adopt. 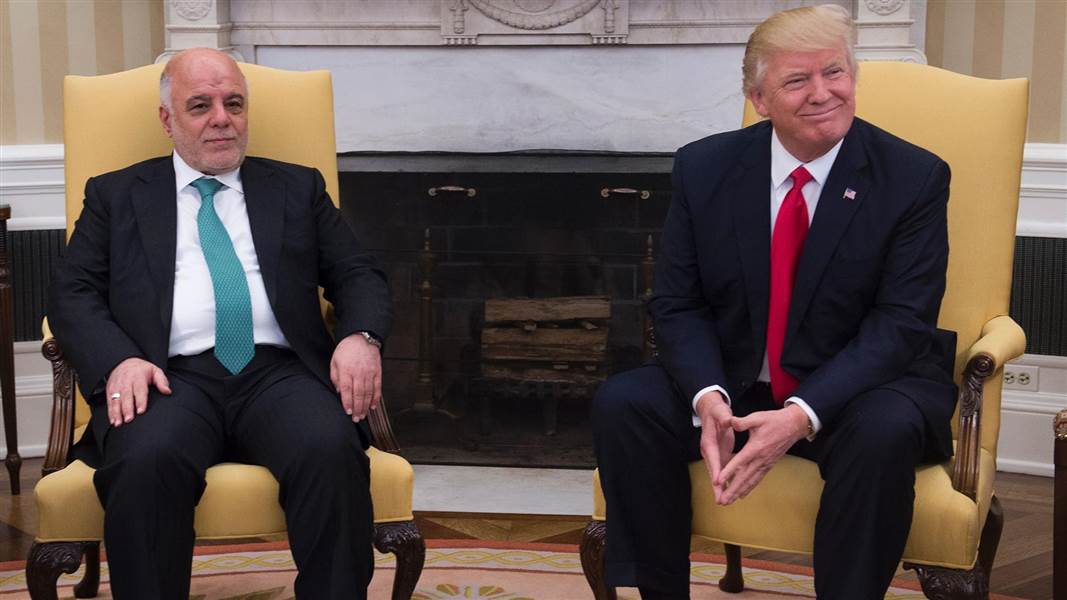 The US administration is attempting to depart from the previous strategy adopted by former president Barak Obama, and is trying to hammer a new one under Trump that could be inferred as follows:
– Iraq is a strategic asset that US troops should not have withdrawn from; as such Washington is going to reengage more troops in Iraq under the pretext of fighting terrorism.
– The Americans are not happy to see the reemergence of Russia as a world power from the Syrian door; and they are keen to assert their supremacy in the region again by closing the doorway in Raqqa to prevent any attempt to liberate it by any force other then the US backed Kurds.
– The US administration has highlighted its priority now represented by more military engagement against Takfiri terrorist groups in Syria, asserting that ousting president Bashar Assad is not a priority, at a time when Russia considered any attempt in this context as not conducive to the political process.
– Washington is not at ease with the  increasing Iranian influence in Iraq, and thus is trying to strike a delicate balance by attempting to increase its military support and training to the Iraqi forces, and by building more military bases across the Iraqi geography. More importantly, Washington wants to invest in the sectarian schism by trying to deepen the wedge among Iraqis, and try to play the Sunni tribes card this time.
– As for Iran, the US is not in a position to abandon the nuclear agreement, but will increase its pressure on Iran in different ways so it can downsize the Iranian influence on many issues of prime interest to Washington.
– Washington would choose to support its traditional allies in the region especially Saudi Arabia, though with heavy price, and Egypt to counterbalance the Iranian role.
– The Americans are interested in producing a political settlement to the Palestinian cause, either by organizing an international conference or by attempting to solve the issue through direct Israeli Palestinian talks under US supervision.
– As a conclusion, Washington policy towards the region is a mixture of limited yet pointed military involvement, backed by intensified political and diplomatic efforts, and economic pressure rather than going into wars and open confrontations.
Source: Al-Manar Website