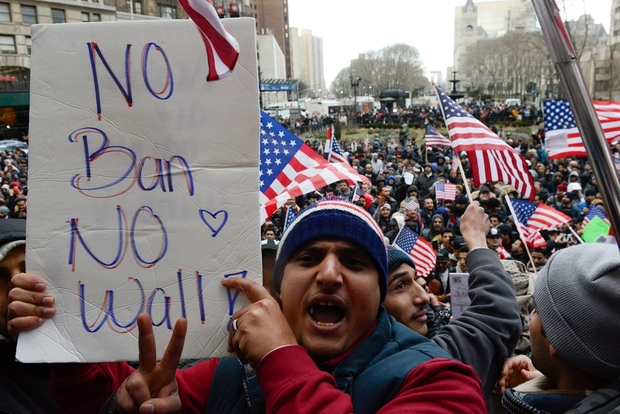 The controversial Muslim ban proposal was removed on Monday from the campaign website of US President Donald Trump months after two executive orders barring citizens of several Muslim-majority countries were stalled by legal challenges.

The Trump administration had argued that the travel restrictions were necessary national security measures, not a "Muslim ban". Earlier on Monday, White House Press Secretary Sean Spicer fended off a question by an ABC reporter about the Muslim ban statement that was still on Trump’s campaign website.

In December 2015, after a deadly militant attack in Paris claimed by the Islamic State (IS) group, then-candidate Trump called for "a total and complete shutdown of Muslims entering the United States”.

When Trump signed a 27 January executive order banning the entry of citizens from Yemen, Somalia, Iran, Iraq, Syria, Sudan and Libya, including permanent US residents, it was seen as an implementation of his campaign promise.

But when challenged in courts on grounds of religious discrimination, the administration denied that the executive order is faith-based.