Analyst: Britain has behaved as a tyrant and a mercenary

TEHRAN(Basirat): a London-based political analyst and writer told Basirat that Britain’s position in Yemen war is hypocritical and criminal and nobody can justify the murder of innocent civilians in Yemen.This is a perfect example of Britain’s failure as a democracy. State officials run policies against the wishes of the people. 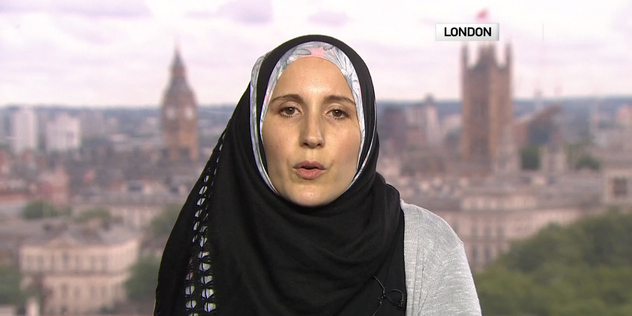 "Selling weapons to the abomination that is Saudi Arabia is a crime against humanity in itself. How can anyone justify the murder of innocent civilians? How can anyone ever look upon Yemen and claim that resistance is not a natural right when exercised in the defense of one’s territorial integrity and freedom? Britain has behaved as a tyrant and a mercenary.” Catherine Shakdam, director of Shafaqna Institute for Middle Eastern Studies, said in an interview with Basirat.

Shakdam: Not only is Britain’s position is hypocritical, it is actually criminal. For a country which claims to be flying democracy’s flag high and stand for the defense and promotion of human rights, one would expect Britain to have chosen its friendships more wisely, never mind its business partnerships.

In all fairness it is evident that Britain has sold out to the demons of capitalism and that decency, morality and respect for human life have been relegated to a political exercise aimed at assuaging public opinion.

Grave war crimes have committed in Yemen and Britain stands complicit to the death of thousands upon thousands of innocent civilians. Beyond that of course Britain has worked to erode at Yemen’s sovereign integrity so that it could turn a profit. It is an absolute outrage! I for one hope that History will remember how Britain’s government betrayed its people by selling war and committing atrocities across the Middle East to serve its capitalist agenda.

Britain lost its moral footing the very day it chose to ally itself to Saudi Arabia - a regime based on Takfir, religious oppression and exclusionism.

Basirat: Experts believe that the weight of evidence of violations of international humanitarian law by the Saudi-led coalition is now so great, that it is very difficult to continue to support Saudi Arabia. Also almost two-thirds of Britons, 62 percent, think selling arms to Riyadh, the UK’s largest arms customer, is "unacceptable,” an Opinion poll, conducted for the Campaign Against the Arms Trade (CAAT), shows. Why UK is supporting Saudi?

Shakdam: This is a perfect example of Britain’s failure as a democracy. State officials run policies against the wishes of the people. The British people do not support London’s position vis a vis Saudi Arabia and they made abundantly clear that they reject London’s support for Riyadh against Yemen. And yet officials have continued on, selling their war propaganda, arguing that Yemen’s Resistance Movement: Ansarallah is illegitimate.

This is the pinnacle of hypocrisy. One could argue that Britain has become totalitarian in the manner it conducts its foreign policy since officials refuse to convey the wishes of the people they are meant to represent.

As I have said in my earlier comment capitalism has tainted Britain to the extent that it has dictated each decision taken by the state. Officials have become bank clerks acting for the benefit of corporations and not the people. It is a sad state of affair and I would say it signals the death of western democracy.

Selling weapons to the abomination that is Saudi Arabia is a crime against humanity in itself. How can anyone justify the murder of innocent civilians? How can anyone ever look upon Yemen and claim that resistance is not a natural right when exercised in the defense of one’s territorial integrity and freedom? Britain has behaved as a tyrant and a mercenary.

Basirat: After less than two years as Labour leader, Jeremy Corbyn is leading the party into a snap general election. In your view, can he become next prime minister?

Shakdam: Absolutely! There is a hunger in Britain for something different - a different way to approach politics and a different ideological direction altogether. Britain I feel is at a crossroads. Its institutions have been rocked, its legitimacy eroded, its standing as a world leader tainted by war crimes and other abuses … the people now understand that they have been not only misrepresented but lied to in a catastrophic manner.

Jeremy Corbyn offers a way out of that. He also represents Britain’s working and middle class against the ruling elite and there is appeal to this. Of course it is always tricky to make predictions but he sits quite strongly today.

Basirat: Analysts say Jeremy Corbyn has stood up for Palestine and Palestinian rights and has been a strong advocate against Britain’s foreign wars in the Middle East. In your thought, is this why the British press has attacked him so much?

Shakdam: You have to understand that mainstream media serve the Establishment and so any voice opposing the agenda western imperialists promote will be slammed harshly. The British press is really an echo chamber for war capitalists and neo-imperialists, it does not offer the public a reflection of the truth. If anything it has manufactured stories and doctored facts to push its criminal agenda.

The people know this now and they understand that Jeremy Corbyn has been attacked viciously for he is committed to speaking the truth.

Speaking the truth today has become a crime. Politicians, officials, analysts, journalists, activists have been dragged in the mud for challenging the western narrative - nothing new there.

Jeremy Corbyn’s approach towards the Middle East goes against the Establishment and so of course the Establishment has used every trick in the book to discredit him as a politician and a person. He has been slandered more than most for he dared make the case for Resistance as a natural right.

Britain is led today by an elite enamored with military interventionism and war profiteering.