Washington’s authoritarian allies in the Arab world changed the battlefield

TEHRAN (Basirat) :saudi leaders were waiting to see the victory of Israel and the US as well as the defeat of Palestinian resistance groups. In fact, Saudis did not want to disobey their unfair and immoral Western masters. They hatched a plot to sow discord between resistance groups and the Syrian government. Washington’s authoritarian allies in the Arab world changed the battlefield after the Islamic Awakening 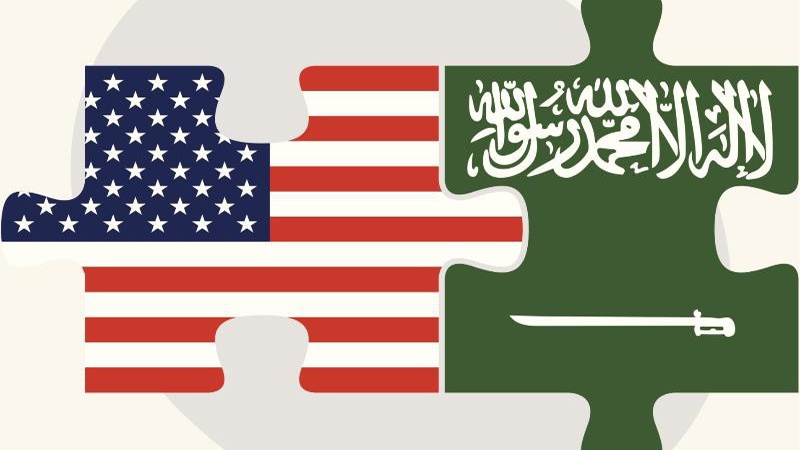 Political commentator Ali Hassan Heidari has, in an opinion piece, weighed in on Syria’s position on Palestine and Palestinians’ struggles. The following is the full text of the article.
Syria is the only Arab country not to have backed down from the initial strategy adopted by Arab states vis-à-vis the Israeli occupiers of Palestinian territories, and is still resisting nearly six decades on since Palestine was first occupied. In order to get a proper understanding of the trend of Syria’s cooperation with Palestinian and Lebanese resistance groups, we need to study the trend of Syria’s backing for the issue of Palestine in a general context, and Damascus’s support for Palestinian and Lebanese groups in a specific context over the past several decades. The Syrian government and nation’s sense of responsibility toward the issue of Palestine is unique among Arab nations and has brought dignity and credit upon the Arab world. Syria’s support for the Palestinian resistance against the Israeli occupiers of Palestinian territories, including the holy Quds, can be reviewed in several time periods:
1. The Syrian army’s cooperation with Arab armies (1948-1967): As Arab countries’ armies entered the war with Israel, the Syrian army began to cooperate with them, played a key role in liberating Palestinian land in two wars in 1948 and 1967, and made a lot of sacrifices.
2. The defeat suffered by Syria and Arab armies during the six-day war in June 1969, the occupation of Arab territories, including the Golan Heights in Syria, the beginning of an era when all hope was lost in Arab armies, and the formation of the resistance front by Palestinians (1967-1975). Still, unlike other Arab governments, Syria did not give up supporting Palestinian people and groups. When Hafez Assad assumed power as Syrian president in March 1973, he mobilized all his resources and facilities along with Egypt and Palestinian groups in the October 1973 war against Israel in a bid to recapture occupied Arab territories.
3. Syria’s direct support for the formation of Islamic and Lebanese resistance groups (1975-1982) and Damascus’s opposition to Israel’s occupation of Lebanon. Under such circumstances, Syria formed the first anti-Israeli non-Palestinian resistance group with the help of Iranian figures (Imam Musa Sadr and Mostafa Chamran), and began countering Israeli aggression against South Lebanon.

Nevertheless, Saudi leaders were waiting to see the victory of Israel and the US as well as the defeat of Palestinian resistance groups. In fact, Saudis did not want to disobey their unfair and immoral Western masters. They hatched a plot to sow discord between resistance groups and the Syrian government. Washington’s authoritarian allies in the Arab world changed the battlefield after the Islamic Awakening. Fearing that they may end up having the same destiny as former Iraqi strongman Saddam Hussein and Libya’s ex-dictator Muammar al-Qaddafi, the US’s Arab allies turned the conflict between Palestinian and other resistance groups, and the US and Israel into a religious standoff. With the help of Washington and Tel Aviv, the Arab opportunists turned Syria and Iraq into a scene of intra-civilizational Islamic conflict, and pit Arab youths against one another, youths who were the assets of the Muslim world and should have been used as soldiers of the Islamic world’s army in the fight against the Zionist and capitalist fronts. They triggered a wave of fratricide, destroyed Arab armies and wrecked infrastructure in Islamic countries.
Amid all these conspiracies, Syria, which had a history of strategic resistance and was seen as a reliable logistical channel for the resistance front against the anti-religion Zionist and American front, came under merciless attacks and was brought close to being handed over to Israel. If it weren’t for the resistance of Arab youth in Syria and Iraq, Israeli soldiers would be marching through Damascus, Baghdad, Beirut and even Riyadh today, and would be sacrificing their Saudi cronies in their celebrations and leaving their corpses behind in Saudi deserts for vultures and prowling dogs to feed on.
As far as this issue is concerned, Saudi officials should, instead of giving away the assets of the Muslim world to please Israel and the US, thank the resistance front and the Syrian government which paid the price for Riyadh’s political ignorance in times of crises to keep the Muslim world from ending up having the same fate as the oppressed Palestinian people who have been compromised by ignorant Arab statesmen. There is a lot so say about the Saudi government’s ungratefulness as well as their overt and covert treasons vis-à-vis the Muslim world and Palestinian resistance groups. The youth and elite may refer to history to realize which political figures were honest and grateful, and which were not.
I, as a young Muslim, do not blame Israel and dishonest Saudi statesmen. Rather, I blame Sunni scholars and intellectuals in the Muslim world for having succumbed to a bunch of dictators and so-called clergymen who are in the pay of their masters. I blame them for not fulfilling their historical responsibility at this point in time. Swear to God, we are responsible before history, and we should know that it makes no difference to the US, Israel and their allied dictators whether you are Shiite or Sunni because they consider both as enemies. Currently, they are not able to counter both denominations, and hence, try to advance their objectives by driving a wedge between Shiites and Sunnis. If Shiites and Sunnis unite one day and get to know the enemies’ conspiracies and machinations and reject their demands, we will see the dictators will pull no punches in bearing down on other denominations as well.