TEHRAN (Basirat) : Former IRGC general Rezaei reacted to Arab countries' decisions led by Saudi Arabia to cut ties with Qatar, saying the Saudi king, emboldened by US and Israel, is seeking to devour Bahrain and Qatar. 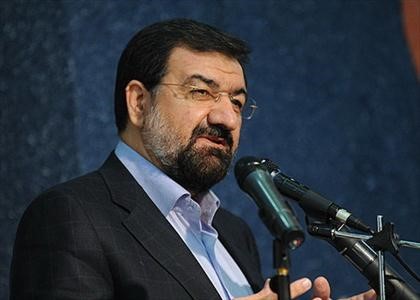 "Saudi Arabia is planning to impose full guardianship on Qatar, after what the regime did with Bahrain,” Former IRGC general and current secretary of the Expediency Council Mohsen Rezaei, said Monday.
Rezaei’s reaction echoed Qatar's foreign ministry’s statement released hours after Saudi Arabia, Bahrain, Egypt and the United Arab Emirates announced they had broken diplomatic relations with Qatar. "The aim is clear, and it is to impose guardianship on the state. This by itself is a violation of its (Qatar's) sovereignty as a state," Qatar’s statement said.
A statement on Saudi Arabia's state news agency announced the move Monday morning with an aim to "protect national security from the dangers of terrorism and extremism." Qatar said the decision has "no legitimate justification" and is "based on claims and allegations that have no basis in fact.”
Rezaei went on to add, "I remember that Saddam Hussein said of his attack on Kuwait that ‘why the Arab Ummah should be scattered; the Arab world needs to be united into two or three countries in order to fight against the Turks and Persians’.”
"[Saddam’s] pretext for attacking Kuwait was to form an Arab Ummah,” Rezaei said. "After him, ISIL started talking about the unification of Iraq and Syria, and today, King Salman of Saudi Arabia is where Saddam was, dreaming about devouring Bahrain and Qatar.”
"These ignorant and backward ideas are further emboldened by the US and Israel so that peace and stability will never get a chance to be established in the region,” he stressed.
Rezaei concluded, "Iran’s Leader said yesterday that differences must be settled through talks, but Al Saud only thinks about bloodshed.”