TEHRAN (Basirat) : Abdel Bari Atwan, the editor-in-chief of Rai al-Youm newspaper, referred to Qatar's contract to purchase $20bln of military equipment from the US, and said the Arab regimes have turned into Washington's puppets. 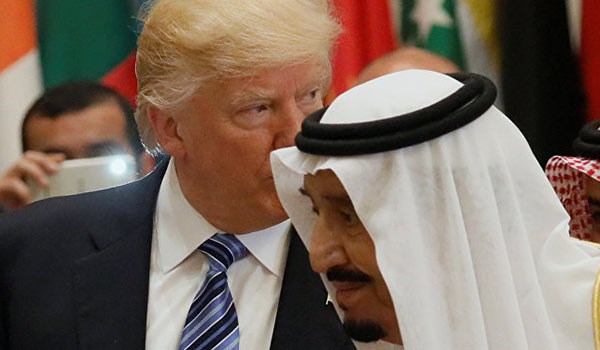 "The contract will take Qatar out of the list of countries which support terrorism and will add it again to the list of Washington's allies and therefore, the Arab countries are playthings in the US hands," Atwan wrote on Saturday.
He added that after the contract, a tangible opening is expected in the relations among the Persian Gulf Arab littoral states and the possibility for their military confrontation fades away, noting that removal of the siege on Qatar and reopening of its enemies' airspace will need time.
Atwan warned of the US plots against the regional countries, and said, "It is a scenario with several scenes and we are now watching the first scene and naturally the Arabs are its victims."
Earlier this month, Atwan had underlined that cutting diplomatic relations with Doha by four Arab states is a prelude launching military strikes against the Qatari government.
Atwan's remarks came after Saudi Arabia, Bahrain, the UAE and Egypt closed their borders with Qatar to put a halt to all diplomatic ties with the Persian Gulf state.
"The next step may be military intervention for regime change in Qatar as this is a war that has been planned several months ago," the senior Arab analyst wrote on his Twitter page.
He reiterated that cutting diplomatic ties and closing the borders precedes efforts to isolate Doha.
Saudi Arabia, the UAE, Bahrain and Egypt cut diplomatic ties and all land sea and air contacts with Qatar earlier this month, accusing the Persian Gulf country of supporting terrorism and interfering in their internal affairs.
Qatar also in a statement expressed regret over the attempt by four Arab countries to cut relations with Doha, and said, "Their measure is unjustifiable and based on groundless allegations."