Iran to respond more decisively to terrorist attacks on its soil: Rouhani 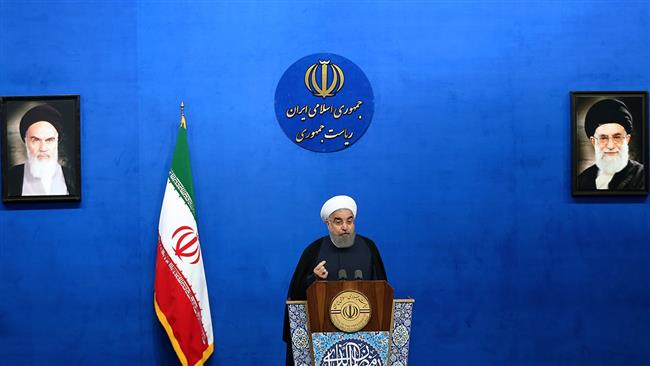 Rouhani made the remarks in a ceremony on Tuesday in reference to Iran’s Islamic Revolution Guards Corps (IRGC) firing six medium-range ground-to-ground missiles at Daesh bases in Syria’s Dayr al-Zawr on Sunday in retaliation for twin terrorist attacks in the Iranian capital Tehran, which killed 17 people and injured over 50 others.
He added that the IRGC’s move to fire missiles toward Daesh positions in Syria was not made by one person or military component.
"If we decide to target a location with missiles, this decision falls within the field of national security,” said Rouhani.
"Such decisions are made by the Supreme National Security Council (SNSC),” he added.
Rouhani, the chairman of the SNSC, said the body had in response to the terrorist attacks in Tehran given wider authority to the country's Armed Forces than the missile raid on Daesh in Syria.
Earlier in the day, the IRGC announced that at least 65 Daesh terrorists, including several high-ranking intelligence commanders, were killed in Iran's missile attack.