TEHRAN (basirat) :In a meeting with hundreds of university professors, academics, researchers, elites this evening (Wednesday), which lasted over two hours, Leader of the Islamic Revolution Ayatollah Seyyed Ali Khamenei elaborated on the unrivalled role of university professors in raising students and giving shape to the standing of Iran in the highly problematic and evolving world of the future and described International Quds Day as very important, stressing, “This auspicious day is not merely meant for the declaration of support for an oppressed nation, but is the symbol of fighting Arrogance and global hegemons.” 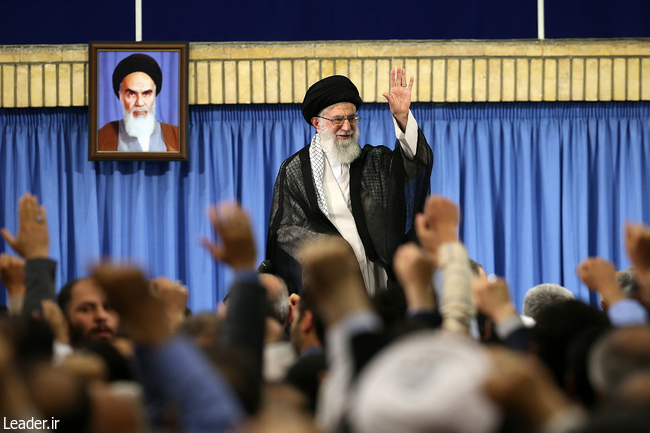