Washington has always used terrorism as a strategic tool for advancing its foreign policy: Analyst

TEHRAN (Basirat): A political analyst in Moscow says the US wants to “isolate” the IRGC, because it is one of the most powerful fighting forces against terrorism in the Middle East. Its’ missile strike against Daesh was “a spectacular move” and rattled the US so much. 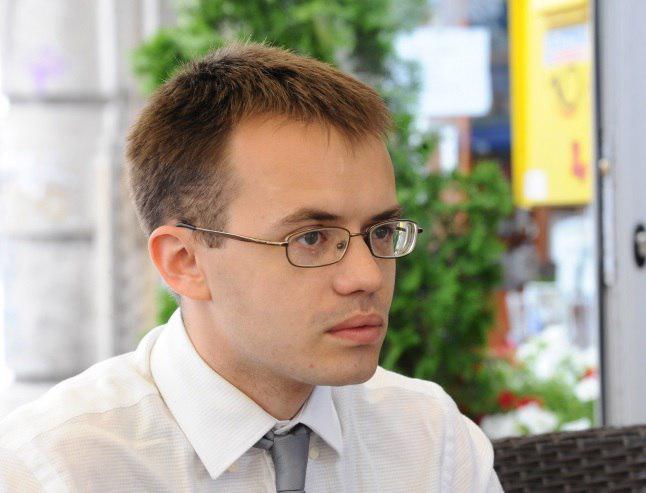 "The US doesn’t care about Iran’s valiant anti-terrorist contributions because Washington has always used terrorism a strategic tool for advancing its foreign policy, so it will never show sincere gratitude to Tehran for anything that it does in combating this global menace. Instead, the very fact that Iran is so effective in fighting against terrorism – which is more often than not wielded as an asymmetrical weapon by the US – is the reason why the US wants to "isolate” it and its elite forces.” said Andrew Korybko.

Andrew Korybko is a political analyst, journalist and a regular contributor to several online journals, as well as a member of the expert council for the Institute of Strategic Studies and Predictions at the People’s Friendship University of Russia. He specializes in Russian affairs and geopolitics, specifically the US strategy in Eurasia. His book is "Hybrid Wars: The Indirect Adaptive Approach to Regime Change”.

Basirat: US Senators approved sweeping sanctions against Iran a few days ago over its’ ballistic missile program. The measure would also implement sanctions and an arms embargo against the IRGC. What are the purposes behind this?

Korybko: The US hates Iran because the Islamic Republic is absolutely opposed to the Zionist occupational entity in Palestine, and Washington accordingly fears the IRGC because it’s one of the most powerful fighting forces in the Mideast. The purpose behind sanctioning both Iran and its elite military unit is to assert symbolic aggression because there won’t be any real near-term implications. However, these measures are intended to give a signal to the US’ allies that the Trump Administration will be more hostile towards Iran than even the Bush Administration was, and that they should think twice about investing there in the post-sanctions environment.

With time, the lack of expected Western investment in the country could dampen the optimistic enthusiasm of its majority-youthful population and lead to civil strife as the population becomes discontent with the lack of economic progress by the Rouhani government. This isn’t a certainty, but it’s definitely a plausible scenario and the one which the US is aiming to provoke.

The steps taken against the IRGC are supposed to trigger a similar effect, albeit with this institution as opposed to the population as a whole. The US believes that it can pressure these elite forces into disloyalty, though this is more about Washington’s strategists projecting their own attitudes onto their opponent than any realistic plan to seriously undermine the IRGC.

Basirat: The Revolutionary Guards have played a great role in the defeat of terrorism in Syria and Iraq in recent years. A few days ago, Iran’s IRGC launched ballistic missiles at Daesh’s Takfiri headquarters in Syria’s Deir ez-Zor, so why are America and its Western allies seeking to isolate these elite forces?

Korybko: Iran’s anti-terrorist ballistic missile strike against Daesh was a spectacular move which rightly rendered retribution against the Takfiris for their terrible attack in Tehran in early June, but it also sent a profound message to the US and its allies – both Western and regional – that Iran has impressive missile capabilities and the political will to flex them even amidst this tense atmosphere of pressure against the country.

The US doesn’t care about Iran’s valiant anti-terrorist contributions because Washington has always used terrorism a strategic tool for advancing its foreign policy, so it will never show sincere gratitude to Tehran for anything that it does in combating this global menace. Instead, the very fact that Iran is so effective in fighting against terrorism – which is more often than not wielded as an asymmetrical weapon by the US – is the reason why the US wants to "isolate” it and its elite forces.

Basirat: In your view, what are the consequences of Iran’s missile strike in Middle East? Kindly explain.

Korybko: A few words need to be said about the significance of Deir ez-Zor in order to understand exactly why Iran’s missile strike there rattled the US so much. That city will probably be one of the last outposts to be liberated from Daesh, meaning that it’ll become the focal point of competition between the Syrian Arab Army (SAA) and their American-backed and Kurdish-majority "Syrian Democratic Forces” (SDF) rivals in the coming weeks. Iran’s decisive action slightly shifted the dynamics in favor of the SAA and could also be repeated in the future if the "Dash for Deir ez-Zor” becomes very close and Damascus needs a tactical boost to its anti-terrorist efforts there. The US is afraid that Iran can become a game-changer in the closing stages of the military-terrorist phase of the War on Syria, and that this would give Damascus a key advantage when events transition to their political-diplomatic phase afterwards.

If Syria manages to liberate Deir ez-Zor before the SDF does, then it will retain sovereignty over most of the western bank of the Euphrates and therefore prevent the further internal partition of the country beyond that natural "border”. However, if the majority-Kurdish SDF can capture the city, then they’ll be in an even stronger position to enforce their unilaterally declared and constitutionally illegal "federalization” of the country and push it even deeper into Syria. Therefore, any support that either of these two competing forces receives in the "Dash for Deir ez-Zor” from their allies is crucial in the grand scheme of the conflict dynamics.

Thank you for taking the time out of your busy schedule. I really appreciate the opportunity.