TEHRAN (Basirat): The Iranian media released details related to the detention of a Chinese-born American dual national who was sentenced to 10 years in jail for spying for the US government. 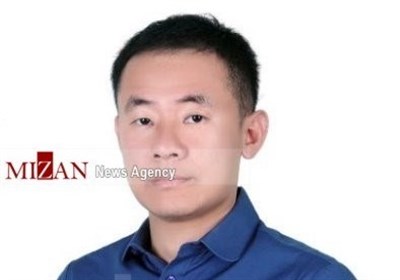 Gholamhossein Mohseni Eje'i, spokesman for the Iranian judiciary, said in a weekly press briefing in Tehran on Sunday that a US citizen who was also a national of a second country had been convicted for being "an infiltrating American agent”, according to Mizan Online, a news agency affiliated with the judiciary.
Mohseni Eje'i did not identify the accused but Mizan later named him as Xiyue Wang, 37, a graduate student in history at Princeton.
"This person, who was gathering intelligence and was directly guided by the US, was sentenced to 10 years in prison, but the sentence can be appealed," he said on state television.
Mohseni Eje'i explained that the person had opened his path to Iran by some sophisticated means - that he did not explain - but was identified by the intelligence bodies and arrested.
A Princeton statement emailed to the Guardian confirmed Wang's trip to Iran, and said that "Xiyue Wang is a fourth-year doctoral candidate  in the Department of History at Princeton University. His field is late 19th- and early 20th-century Eurasian history. He was in Iran last summer solely for the purpose of doing scholarly research on the administrative and cultural history of the late Qajar dynasty in connection with his PhD dissertation".

Mizan said Wang pursued espionage "through the cover of being a researcher”. The accused, the agency said, had been working on a digital archive for "the world’s biggest anti-Iran spying organization”. The allegations were based on an anonymous "informed source”, it said.
"He entered the country under the cover of a master’s student,” the report said, "but has been gathering secret and top secret [intelligence]” for organizations such as "the US state department … the Harvard Kennedy School” and the British Institute of Persian Studies. Wang was accused of infiltrating Iran’s national archive and building a 4,500-page digital archive.